By Swati Bhat and Nupur Anand

MUMBAI – The Reserve Bank of India’s key interest rate was raised by 50 basis points on Wednesday as widely expected, the second hike in as many months, in a bid to cool persistently high inflation in Asia’s third-largest economy.

The central bank also dropped its long-standing phrase that future policy would remain ‘accommodative’, reinforcing expectations of further rate hikes and other forms of tightening in coming months as fighting inflation becomes its main focus.

The monetary policy committee (MPC) raised the key lending rate or the repo rate by 50 basis points (bps) to 4.90%. The Standing Deposit Facility rate and the Marginal Standing Facility Rate were adjusted higher by the same quantum to 4.65% and 5.15%, respectively.

Das had said earlier that a move at the June 8 meeting was a “no brainer”. But analysts polled by Reuters had been divided over how aggressive it would be, with forecasts ranging between 25 and 75 bps.

Wednesday’s increase follows a 40-bps rise in early May at an unscheduled meeting that kicked off the central bank’s tightening cycle, which economists expect to be relatively short.

“The more hawkish tone on inflation suggests to us that the MPC will continue to frontload policy tightening over the coming months, perhaps with another a 50bp hike in the next scheduled meeting in August,” said Shilan Shah, senior India economist at Capital Economics.

For more analysts’ views on the RBI outlook, see

The RBI raised its inflation projection for this fiscal year to 6.7% from 5.7% earlier, and Das said it will likely remain above the bank’ upper tolerance band in the first three quarters of the financial year that started on April 1.

“We have dropped the word (accommodative) but we remain accommodative and that is mainly to give more clarity to the market,” Das said.

“The MPC also decided to remain focused on withdrawal of accommodation to ensure that inflation remains within the target going forward, while supporting growth,” he said adding that liquidity still remains above pre-pandemic levels.

Retail inflation in April accelerated to 7.79% from a year earlier, above the RBI’s tolerance band for inflation of 2% to 6% for a fourth month in a row, and a further rise in global prices of crude oil, food and other commodities is expected to keep up the upward pressure.

The price spikes have hammered consumer spending and darkened the near-term outlook for India’s economic growth, which slowed to the lowest in a year in the first three months of 2022.

However, Das said India’s recovery is proceeding and the RBI maintained its 2022/2023 growth projection at 7.2%.

The central bank had slashed the repo rate by a total of 115 bps since March 2020 to soften the blow from the COVID-19 crisis.

“The inflation prints of next two quarters are likely to exceed 7%, which could pressure the RBI into acting sooner rather than later. (This fiscal year) could thus further see rates going up by over 75 bps,” said Madhavi Arora economist at Emkay Global Financial Services.

Bond markets have been worried about the Indian government’s record market borrowing plans this year. Though the RBI announced no specific measures on Wednesday, Das said the RBI will take steps as needed to ensure that borrowing goes smoothly.

“The comment on the orderly completion of the government borrowing programme has served to cool the 10-year G-sec yield,” said Aditi Nayar, chief economist at rating agency ICRA.

India’s NSE share index and the BSE index both recouped losses to trade up 0.2% each. [.BO]

“We were expecting a cash reserve ratio (CRR) hike of 50 bps which did not happen,” said Vivek Kumar, economist at research firm QuantEco.

“However, we would still expect some sort of a liquidity action in line with the assumption of guiding the overall surplus lower. This can happen via CRR route or via increased FX intervention (dollar sales) by the RBI,” he added. 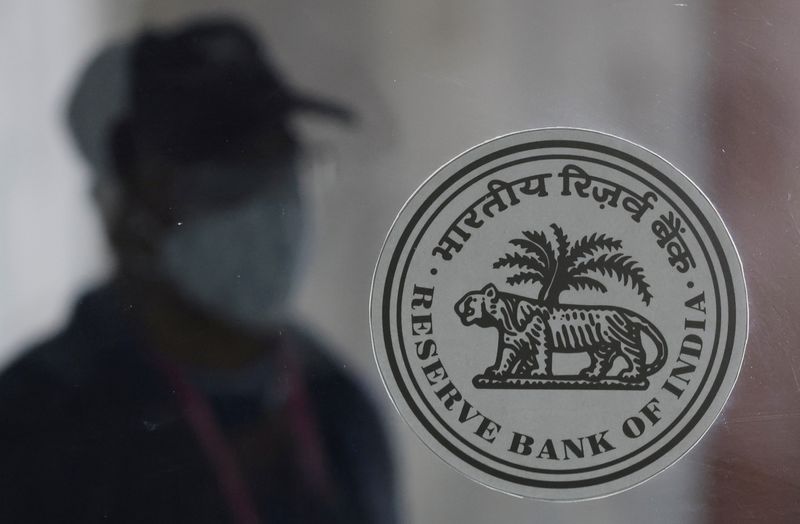