TOKYO – The Philippines on Wednesday appealed directly to consumers in its top export market Japan to pay higher prices for imported bananas to help shoulder a surge in production costs.

Prices for fuel and agricultural supplies are driving many farmers to the brink of bankruptcy, according to a report by the Philippines’ embassy in Tokyo that pleaded for Japanese consumers to share the burden for “sustainable bananas”.

“It will be unrealistic and unfair for Philippine banana farmers to maintain the status quo,” Ambassador Jose C. Laurel V told reporters.

Producers have been negotiating with Japanese retailers and trading companies on prices, but were told to take their concerns to the public.

“It was impressed upon us that one of the important things that we need to do is to explain to the consumers why there needs to be a price increase,” said Robispierre L. Bolivar, second in command at the Philippine embassy.

Consumer prices are surging in Japan after decades of deflation, accelerated by the yen’s drop to a 20-year low, soaring energy costs and logistical logjams caused by the crisis in Ukraine.

Food prices are in particular focus, with everything from snack makers to breweries instituting their first price increases in many years.

Researcher Teikoku Databank reported last week that prices on more than 10,000 food items in Japan would rise in 2022.

Japanese households on average spend 4,387 yen ($32.92) on bananas a year, more than any other fruit, according to data from the agriculture ministry.

Prices for Philippine bananas have been flat for seven years, but a surge in production costs amid the Ukraine crisis have made current margins untenable, embassy officials said. 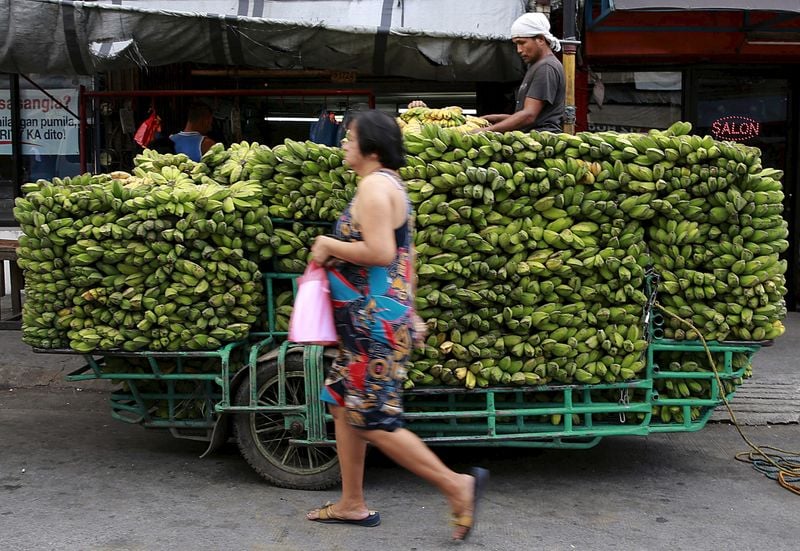