LONDON -Russia’s economy will shrink 15% this year and 3% in 2023 as the hit from Western sanctions, an exodus of companies, a Russian “brain-drain” and collapse in exports wipe out 15 years of economic gains, a global banking industry lobby group said.

In its report on the Russian economy following Moscow’s invasion of Ukraine on Feb. 24, the Institute of International Finance (IIF) said it did not expect a ceasefire in the war and that it was likely sanctions would be expanded and tightened in the coming months.

Western sanctions following the invasion had triggered the “full disintegration of 30 years of investment”, Elina Ribakova, the Institute of International Finance’s (IIF) deputy chief economist, told reporters during a media briefing on Wednesday.

“What is the number you are going to put on ripping apart 15 years of value chains,” she said, adding that should Europe wean itself off Russian energy exports, the economy would be hit even harder in the medium-term.

The United States, European countries and other allies have imposed sweeping sanctions aimed at punishing Russia and at impeding Moscow’s ability to fund its war machine.

While Russia’s economy is slowing sharply and its people’s spending power is shrinking, a surge in oil and gas prices — major Russian exports — have lifted the country’s current account surplus to record levels in recent months.

Ribakova said that the surplus, as well as a rebound in the rouble after an initial crash, should be not be mistaken for thinking Russia’s economy was holding up better than expected.

Russian banks were flush with foreign exchange reserves as imports collapsed, she said, but Russian businesses and consumers had nothing to spend it on.

Instead, the impact of sanctions would hit harder with time, especially if Europe cut oil and gas imports significantly, although she noted this would take months if not years.

The IIF forecasts that Russian gross fixed capital formation will contract 25% in 2022, imports 28% and exports 25%.

“Despite the meaningful steps taken since late February, we are far from the top of the escalation ladder,” the IIF authors said in their report.

“Additional measures, such as those related to the financial system and/or key Russian exports (and imports), would be possible and could lead to dramatic consequences for the Russian economy, as well as the government’s ability to continue its war effort in Ukraine. However, the costs of such actions could be significant for the sanctions-imposing countries as well.”

Ribakova, just back from a trip to Kyiv, also said that while much attention was being paid to reconstruction costs, Ukraine was on the verge of a balance of payments crisis as the war hammered its economy.

“The support for Ukraine is needed now,” she said. 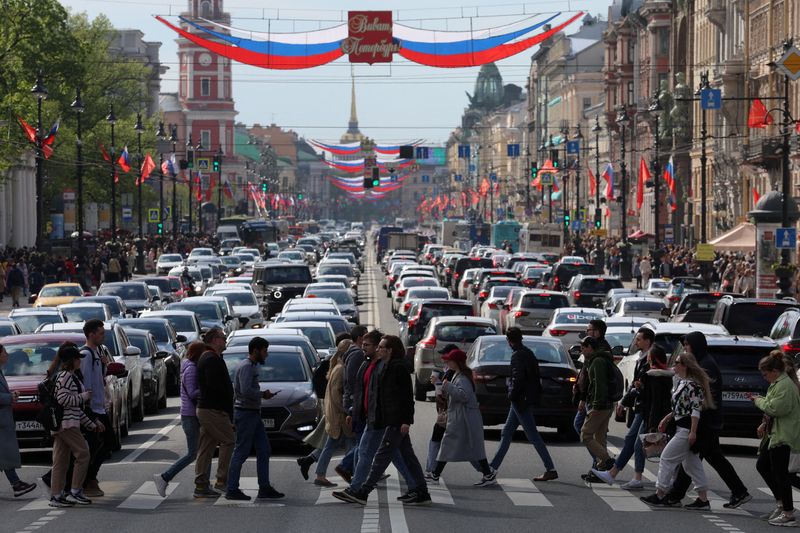