California Superior Court Judge Evelio Grillo in Oakland said during a hearing that Tesla could pursue its claim that the state Department of Fair Employment and Housing (DFEH) failed to meet various requirements before suing the company in February, but that staying the lawsuit would be inappropriate.

Tesla’s lawyers had argued that the case should be put on hold so the department could give the company an opportunity to settle the claims outside of court, but Grillo said he lacked the power to do that.

“We cannot typically order an agency to exercise its discretion in a particular way,” the judge said. “That’s kind of a big no-no.”

The judge’s decision was expected after Grillo in a written order on Tuesday said he was leaning toward allowing the case to proceed.

Tesla and its lawyers did not immediately respond to requests for comment. The Department of Fair Employment and Housing also did not respond to a request for comment.

DFEH in the lawsuit claims Tesla’s flagship Fremont, California, plant was racially segregated and Black workers were harassed and discriminated against in terms of job assignments, discipline and pay.

Tesla has denied wrongdoing and said the lawsuit was politically motivated.

The company on Tuesday filed a complaint with California’s Office of Administrative Law claiming DFEH routinely flouts requirements it must meet under state law before suing employers for discrimination.

At Wednesday’s hearing, Grillo said Tesla could still prevail on its claims that DFEH violated state law. But the judge said he would not determine that before taking up Tesla’s pending motion to dismiss the case, which is the subject of a hearing scheduled for August.

The lawsuit is one of several pending in California courts that accuse Tesla of tolerating discrimination and sexual harassment at its factories.

A state judge in April reduced a $137 million jury verdict to $15 million in a Black worker’s lawsuit claiming he was subjected to severe racial harassment at the Fremont plant. The judge on Tuesday denied the worker’s motion for permission to appeal the damages.

Tesla has denied the claims and says it has policies in place to deter and punish workplace misconduct. 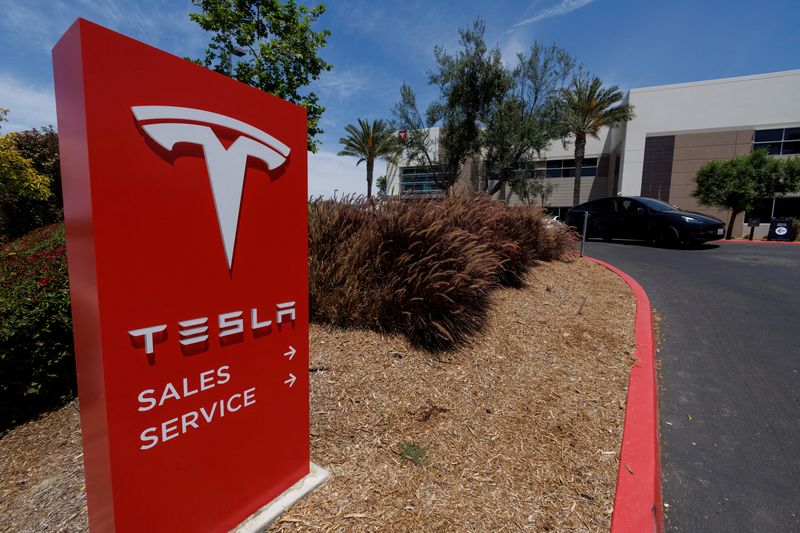