(This June 6 story corrects headline and first paragraph to say the revised deal is valued at $10.4 billion, not $9.6 billion)

(Reuters) – Anaplan Inc said on Monday private-equity firm Thoma Bravo had trimmed its takeover offer to $10.4 billion, after the software maker agreed to resolve a disagreement regarding compliance with certain merger terms.

The company’s shares, which have risen nearly 44% this year, were down about 4% in premarket trading.

“The Anaplan board agreed, after extensive consideration, to revise the merger agreement to avoid the risk of lengthy litigation over the disagreement,” the company said in a statement.

Anaplan shareholders will now receive $63.75 per share, compared with the previous offer of $66. The offer price is still at a premium of 26% to Anaplan’s closing price before the deal was announced in March.

The deal is expected to close by June 30.

(Reporting by Chavi Mehta in Bengaluru; Editing by Anil D’Silva) 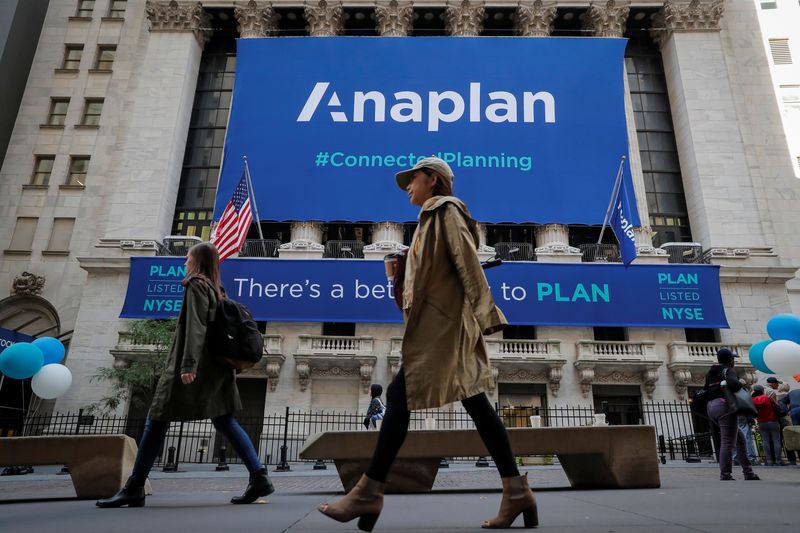