By Pavel Polityuk and Tuvan Gumrukcu

The war between Russia and Ukraine, the world’s third and fourth largest grain exporters respectively, has added to food price inflation and put global food supplies at risk.

Russia has seized large parts of Ukraine’s coast in nearly 15 weeks of war and its warships control the Black and Azov Seas, blocking Ukraine’s farm exports and driving up the cost of grain.

Ukraine and the West accuse Moscow of weaponising food supplies. Russia says Ukrainian mines laid at sea and international sanctions on Moscow are to blame.

Lavrov said the onus was on Ukraine to de-mine its ports as a precondition for safe shipment.

Kremlin spokesman Dmitry Peskov told reporters Russian grain volumes could only be delivered to international markets if sanctions were lifted. He said there were “no substantive talks about this yet”.

U.N. Secretary-General Antonio Guterres said on Wednesday that senior U.N. officials held talks with Ankara, Brussels, Kyiv, Moscow, and Washington in the past 10 days, but he did not want to “jeopardise the chances of success” by commenting further.

“This is one of those moments when silent diplomacy is necessary – and the welfare of millions of people around the world could depend on it,” Guterres told reporters.

Among the many challenges, Ukraine’s ambassador to Turkey said on Wednesday that Russia was putting forward unreasonable proposals, such as checking vessels.

“Turkey as a guarantor is an insufficient force in the Black Sea to guarantee the safety of cargo,” director of Ukrainian grain traders’ union UGA Serhiy Ivashchenko told an online conference on Wednesday.

He said it could take at least two-to-three months to remove mines from Ukrainian ports and that the Turkish and Romanian navies should be involved.

Ukrainian leader Volodymyr Zelenskiy said this week Ukraine had discussed with Britain and Turkey the idea of a navy from a third country guaranteeing safe passage for Ukraine’s grain exports through the Black Sea.

Ukraine exported up to 6 million tonnes of grain a month before Russia launched its invasion on Feb. 24. Moscow calls its action a special military operation.

Volumes have since fallen to about 1 million tonnes as Ukraine, which used to export most of its goods through seaports, has been forced to transport grain by train via its western border or via its small Danube river ports.

Even with increased loading and handling capacity, the state railway Ukrzaliznytsia said Danube ports and trains cannot compensate for the lack of seaports.

Valerii Tkachov, deputy director of Ukrzaliznytsia commercial department, told Wednesday’s online grain conference the maximum volume of grain it can deliver to exports could rise to 1.5 million tonnes a month over the coming weeks from around 800,000 tonnes in May.

But he said the was a significant build-up of grain wagons at border crossings and the cargo might have to wait at least a month to cross them.

(Reporting by Pavel Polityuk in Kyiv, Tuvan Gumrukcu in Ankara and Michelle Nichols at the United Nations; Additional reporting by Rome Bureau; Writing by Barbara Lewis; Editing by Edmund Blair) 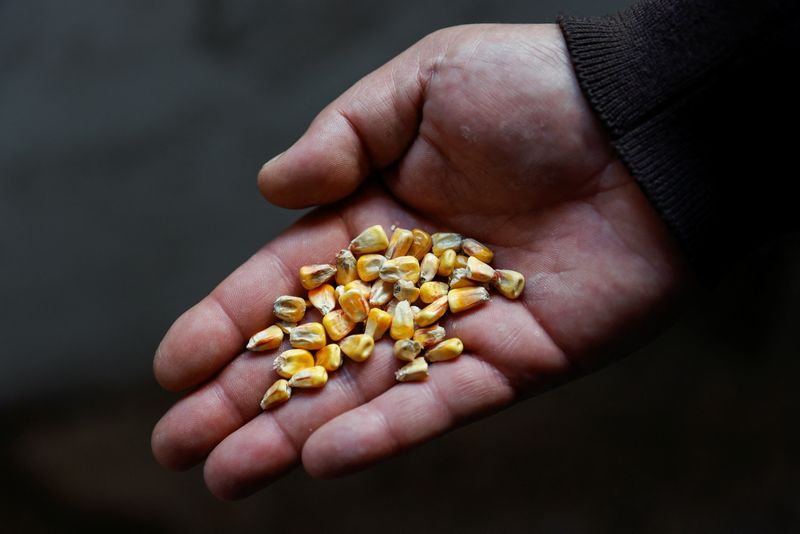 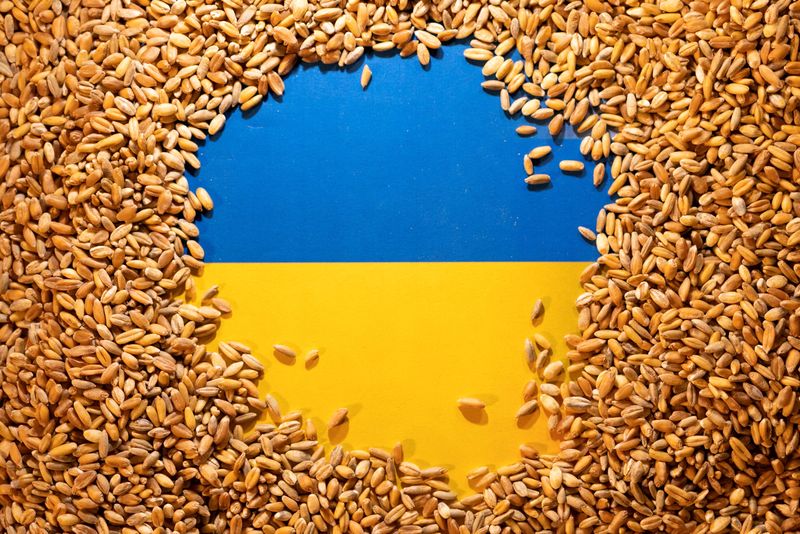