By Richard Cowan and Steve Holland

WASHINGTON – Lawmakers, shooting victims and advocates for stricter gun laws including actor Matthew McConaughey spoke out in Washington on Tuesday for legislation to reduce mass shootings amid signs of movement on an issue that has stymied Congress for years.

Democrats in the U.S. Senate said they were encouraged by ongoing talks with Republicans. The White House said President Joe Biden simply wanted to see some kind of legislation passed, even if a deal could not be reached on his call to ban assault rifles, as Congress debates federal gun legislation after more than a decade of inaction on the issue.

The renewed push to take on gun violence comes after a string of mass shootings around the country, including at a school in Uvalde, Texas, where 19 children and two teachers were killed on May 24.

Oscar-winning actor McConaughey, a native of Uvalde, met Biden at the White House and delivered an emotional plea for change from the White House podium, where he was introduced by press secretary Karine Jean-Pierre as a “gun owner.”

“…Make the loss of these lives matter,” McConaughey urged as he held up pictures of some of the child victims and showed the green sneakers that helped identify a 10-year-old girl’s body.

“While we honor and acknowledge the victims, we need to recognize that this time seems that something is different,” he said. “Responsible parties in this debate seem to at least be committed to sitting down and having a real conversation about a new and improved path forward.”

Former Buffalo Fire Commissioner Garnell Whitfield, whose mother Ruth was killed in the Tops Friendly Markets attack that left 10 Black people dead, told senators they should step aside if they could not act.

“We’re more than hurt. We’re angry. We’re mad as hell,” he said at a news conference on Capitol Hill. “My mother’s life mattered. Your actions here today will tell us how much it matters to you.”

Such moves do not have broad support in the Senate, however, which is divided evenly between Democrats and Republicans. Democrats largely favor stricter gun laws, while Republicans largely hold an expansive view of the Constitution’s protection for the right to bear arms.

Biden met with Senator Chris Murphy, who is leading talks with fellow senators, at the White House on Tuesday.

“We’ve still got work to do in the Senate. I’m grateful that the White House is giving us the space necessary to get a deal done,” Murphy told reporters after speaking with Biden. He said he aimed to get a deal this week.

Senators are considering modest proposals including encouraging states to adopt “red flag” laws to deny firearms to people deemed a risk to public safety or themselves; upgrades to school security and strengthening mental health services.

“Now is the time to come together. Be responsible – Democrats, Republicans, everyone. We must never stop fighting — fight, fight, fight! Be bold, be courageous,” she said.

Thousands of people have died in the United States from gun violence this year. 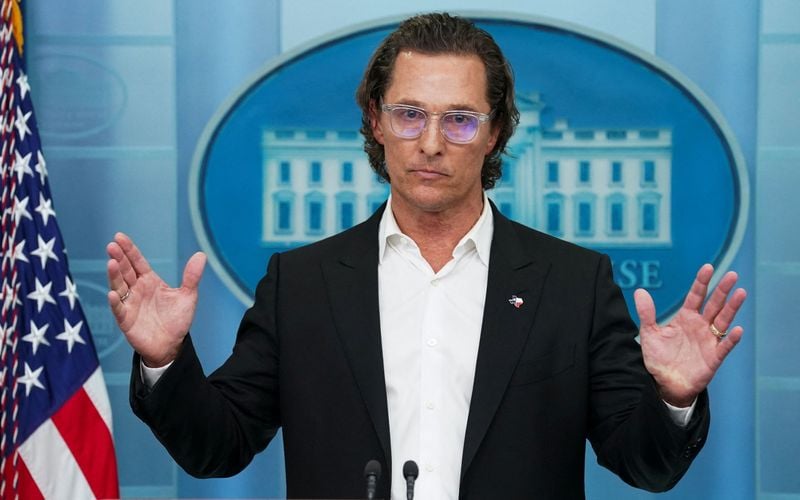 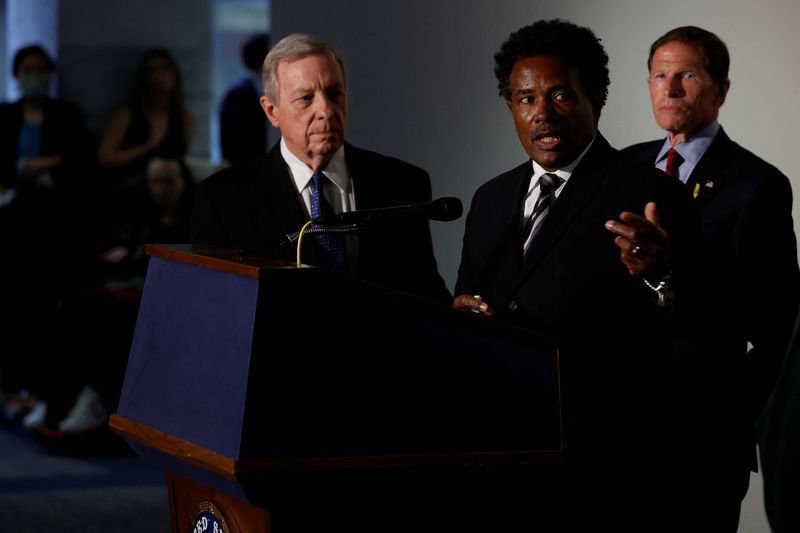 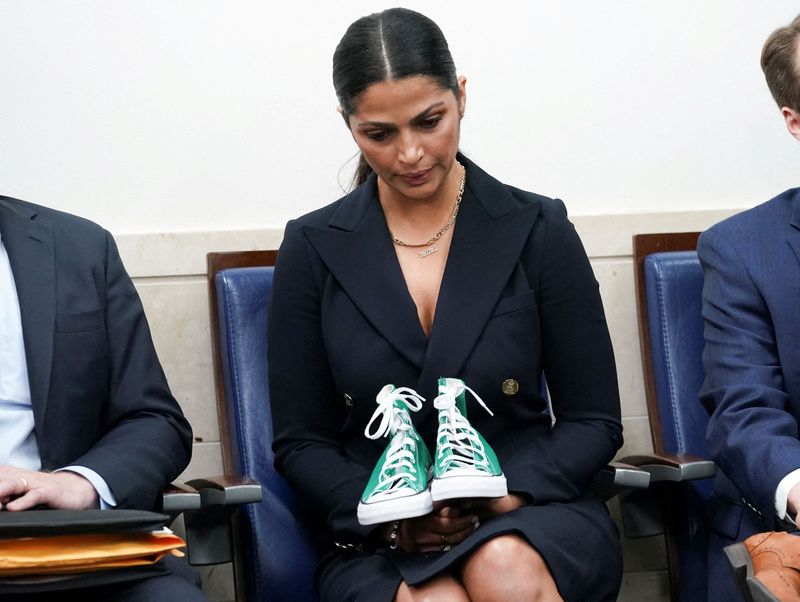 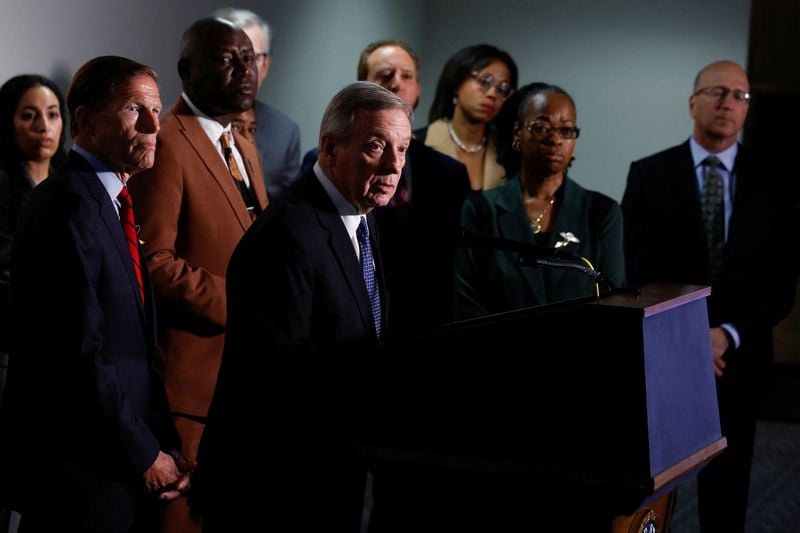 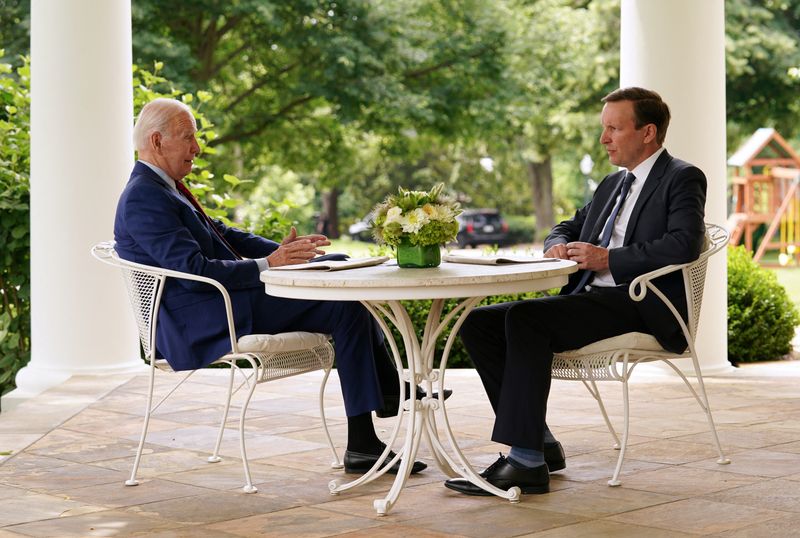 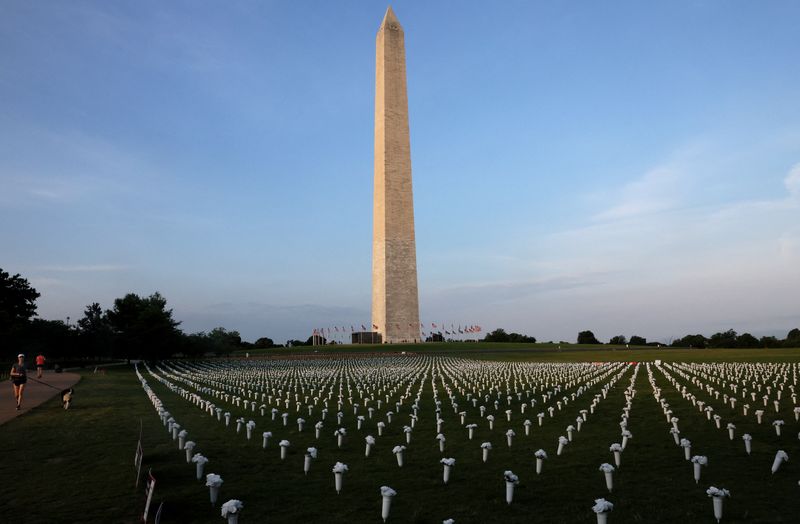