WASHINGTON – U.S. Senator Amy Klobuchar and lawmakers from both parties said on Wednesday they had the Senate votes needed to pass legislation aimed at reining in the four tech giants, Meta’s Facebook, Apple, Alphabet’s Google and Amazon.com, and urged a vote be taken.

Versions of the bill before the House and Senate would bar the companies from favoring their own businesses in search results and other ways.

“We wouldn’t be asking for a vote if we didn’t think we could get 60 votes,” said Klobuchar, who was flanked by Senator Chuck Grassley, a Republican who backs the bill, and House sponsors Representative David Cicilline, a Democrat, and Ken Buck, a Republican.

In the Senate, bills generally need support from 60 senators to cut off debate and move to a vote on final passage.

Amazon.com, the Chamber of Commerce and others took aim at the proposal last week.

“This bill has to pass in June,” said Buck. Grassley said: “We need a Senate vote. And we need that Senate vote to be soon.”

The tech giants have said the bill would imperil popular consumer products like Google Maps and Amazon Basics and make it harder for the companies to protect their users’ security and privacy.

Cicilline, who said he expected a House vote “very soon,” disagreed with the companies’ criticism of it.

“This bill will not prevent Amazon from providing free shipping or other services to its Prime members. But it will prohibit Amazon from misleading customers by rigging search results and cheating its sellers by stealing their nonpublic product information,” he said. 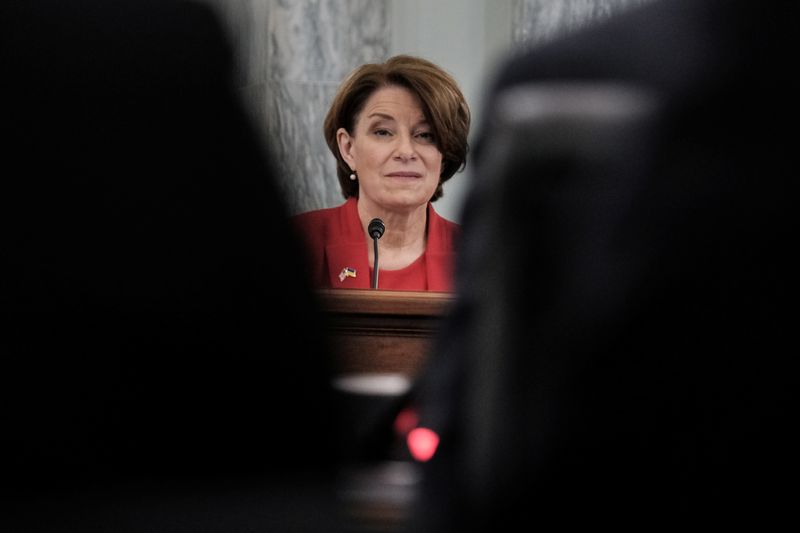