The briefing will look at threats to national security-critical supply chains, with a focus on semiconductors, officials said, and will review their importance for defense systems and critical infrastructure.

On Monday, the White House National Economic Council held a meeting with staff from key House and Senate committees working to try to reach a deal.

A persistent shortage of chips has disrupted the automotive and electronics industries, forcing some companies to scale back production. Raimondo and many companies think the shortage will last at least until late 2023 if not longer.

Lawmakers warn some major investments in new U.S. chip production could be jeopardized without action from Congress.

“I talked to all the national defense contractors recently, who are working overtime in the Ukraine replenishment issue and their biggest pain point is chips,” Raimondo said at a Senate Commerce hearing in April. “There are 250 chips or more in every Javelin launching system. This has to happen – it has to happen now.”

Raimondo said at a Financial Times forum on Wednesday that “there is momentum in Congress but it’s just taking too long.”

Separately, three lawmakers including Senators Bernie Sanders and Elizabeth Warren on Monday called for prohibiting chips manufacturers winning government subsidies from conducting stock buybacks or outsourcing jobs and requiring them to issue warrants or equity to the U.S. government “to the extent possible.” 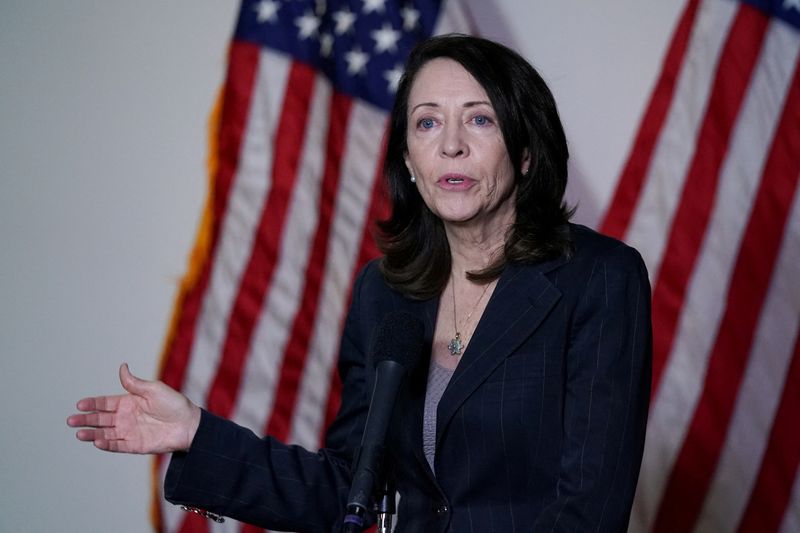