The rise in stocks reported by the Commerce Department on Wednesday, however, came as sales growth moderated.

Inventories are being closely watched amid rising fears of a recession next year as the Federal Reserve raises interest rates to cool demand in its battle against high inflation. Major U.S. retailers, including Walmart and Target, said last month that they were carrying too much merchandise.

Wholesale inventories advanced 2.2%, instead of 2.1% as reported last month. Data for March was revised higher to show stocks at wholesalers rising 2.7% instead of the previously reported 2.3%. Economists polled by Reuters had expected April inventories would be unrevised.

Wholesale inventories, excluding autos, increased a solid 2.2% in April. This component goes into the calculation of GDP.

The strong wholesale inventory build added to news on Tuesday that the trade deficit narrowed by the most in nearly 9-1/2 years in April, in strengthening expectations for a rebound in GDP this quarter.

A record trade deficit and slower rate of inventory accumulation relative to the fourth quarter’s brisk pace weighed on output, resulting in GDP dropping at a 1.5% annualized rate in the January-March quarter. Growth estimates for the second quarter are as high as a 4.8% rate.

Businesses rushed to replenish inventories after they were depleted as the economy rebounded from COVID-19 disruptions. Some economists worry that slowing demand could create an inventory overhang that could trigger a recession.

Sales at wholesalers gained 0.7% in April after increasing 1.8% in March. Sales at apparel wholesalers dropped 4.4% after surging 5.4% in March.

“This, and similar metrics, will be key to watch in the coming months as the U.S. economy continues to work towards a balancing of supply and demand,” said Matt Colyar, an economist at Moody’s Analytics in West Chester, Pennsylvania. 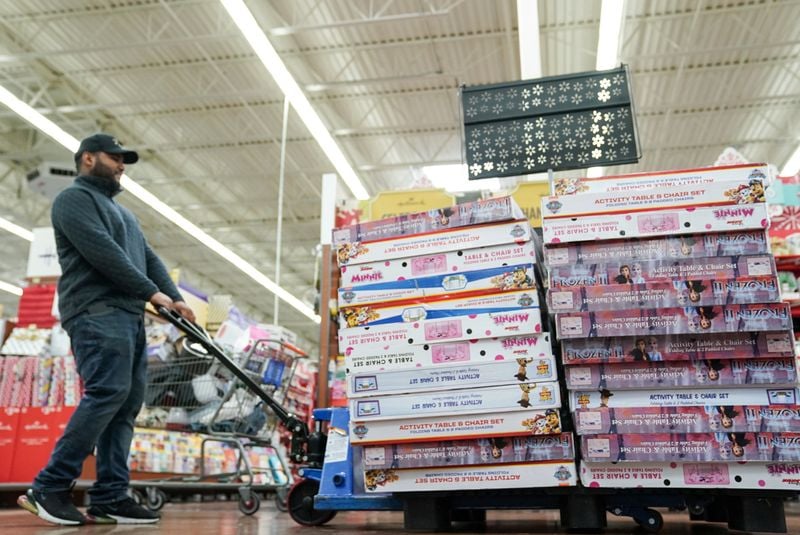