ABOARD AIR FORCE ONE – The White House expects the next round of economic data to show elevated numbers on inflation, press secretary Karine Jean-Pierre told reporters on Wednesday.

Speaking to reporters as President Joe Biden flew to Los Angeles, Jean-Pierre said inflation numbers to be released at the end of this week are likely to show more evidence of high inflation.

“We expect the headline inflation number to be elevated. And we expect the war in Ukraine to have some effects on core inflation, particularly when you look at things like airfares and the effect of higher jet fuel costs,” she said. 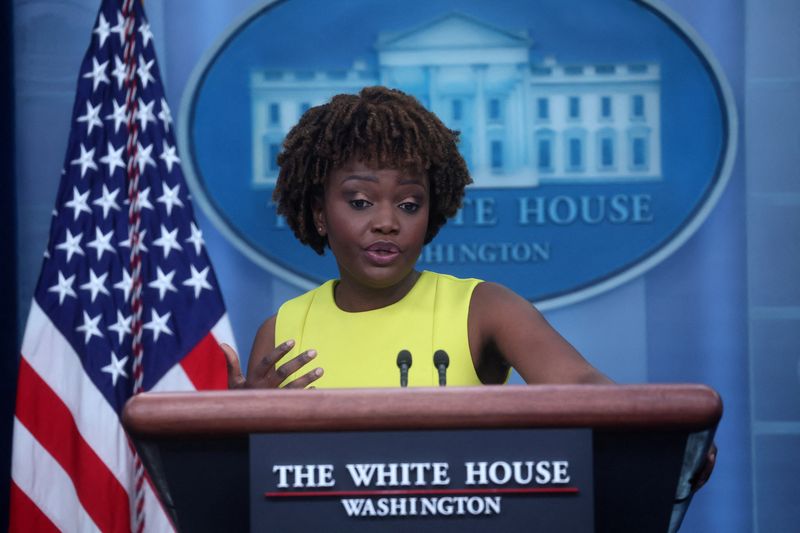