WASHINGTON -U.S. Treasury Secretary Janet Yellen told senators on Tuesday that she expected inflation to remain high and the Biden administration would likely increase the 4.7% inflation forecast for this year in its budget proposal.

During a Senate Finance Committee hearing, Yellen said that the United States was dealing with “unacceptable levels of inflation,” but that she hoped price hikes would soon begin to subside.

U.S. Consumer Price Index inflation has been tracking above 8% in recent months, the highest readings in over 40 years and well above President Joe Biden’s administration’s forecast for its fiscal 2023 budget.

But another metric, the core Personal Consumption Expenditures price index excluding volatile food and energy costs, has begun to cool, edging down to 4.9% in April

“I do expect inflation to remain high although I very much hope that it will be coming down now,” she said.

“We’re seeing high inflation in almost all of the developed countries around the world. And they have very different fiscal policies,” Yellen said. “So it can’t be the case that the bulk of the inflation that we’re experiencing reflects the impact of the ARP.”

The Biden administration is still pushing for a scaled-back version of its stalled climate and social spending agenda, which would offer tax credits for clean energy technologies and reform prescription drug pricing – policies that Yellen argued would help lower expenses for American consumers weary of price hikes.

Yellen repeated her views that inflation was being fueled by high energy and food prices caused by Russia’s war in Ukraine, a shift to goods purchases during the pandemic, and by new COVID-19 variants and persistent supply chain disruptions.

Yellen has come under fire from Republicans after acknowledging she was wrong last year in forecasting that inflation would be transitory and quickly subside. She will face more tough questions on the issue in a House Ways and Means Committee hearing on Wednesday.

Yellen added that both she and Federal Reserve Chair Jerome Powell both “probably could have used a better term than transitory” in describing inflation that they thought would fade quickly.

“When I said that inflation would be transitory, what I was not anticipating was a scenario in which we would end up contending with multiple variants of COVID that would be scrambling our economy and global supply chains, and I was not envisioning impacts on food and energy prices we’ve seen from Russia’s invasion of Ukraine,” Yellen said.

She testified as the World Bank on Tuesday warned of a heightened risk of “stagflation” – the 1970s mix of feeble growth and high inflation – returning as it slashed its global growth forecast by nearly a third to 2.9% for 2022. 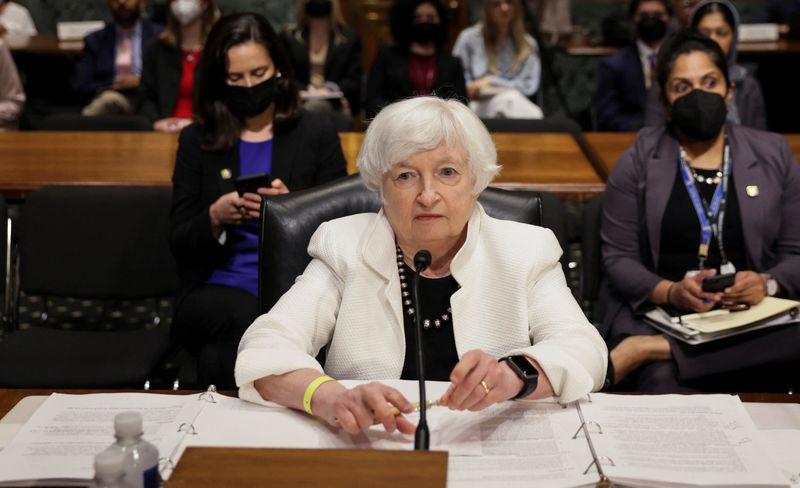 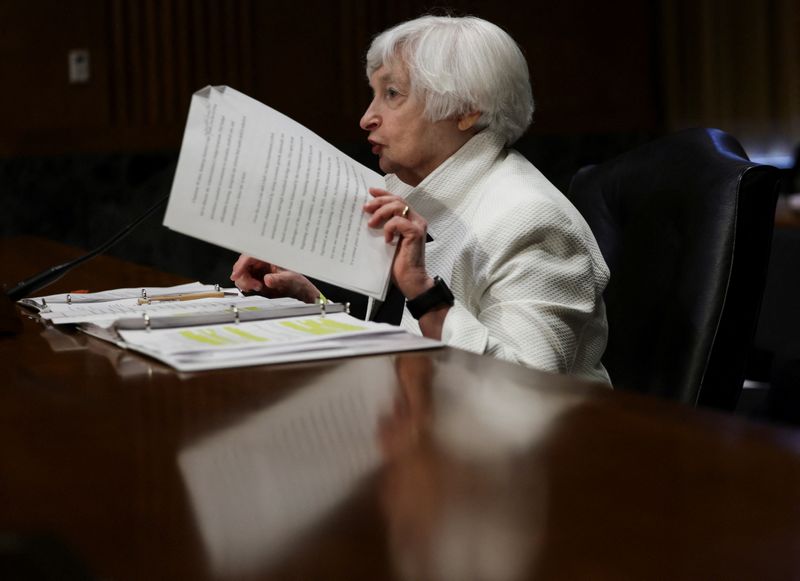