SINGAPORE -Indonesian naval officers have asked for $375,000 to release a fuel tanker they detained last week, accusing it of anchoring illegally in Indonesian waters off Singapore, two people involved in negotiations over the unofficial payment said.

The incident comes after Reuters reported a dozen similar detentions last year. In those cases, the ship owners made unofficial payments of about $300,000 each and the vessels detained by the Indonesian navy east of Singapore were released.

The Nord Joy fuel tanker was boarded by armed navy personnel on May 30 whilst anchored in Indonesian waters to the east of the Singapore Strait, one of the world’s busiest shipping lanes, the two security sources said.

Asked to comment on whether naval officers had asked for $375,000 to release the Nord Joy, Indonesian navy spokesman Julius Widjojono said it had conducted an investigation into the allegation and hadn’t found “any indication” of such a request.

Widjojono confirmed navy personnel had detained the Nord Joy on suspicion of anchoring in Indonesian waters without a permit, violating Indonesian sea passage rights and sailing without a national flag.

“The initial information is that (the case) is still in the initial investigation process at Batam naval base,” he said.

Under Indonesian law, anchoring without a permit carries a maximum penalty of one year in prison for the captain of a vessel and a 200 million rupiah ($13,840) fine, Widjojono said.

The Indonesian navy said in November that there had been an increase in the number of detentions for anchoring without permission, deviating from the sailing route or stopping mid-course for an unreasonable amount of time.

Vessels were either released due to insufficient evidence or the cases were processed through the Indonesian courts and no payments were made to the navy or its staff, the navy said.

The Nord Joy is a Panama-flagged vessel, 183 metres (200 yards) long and can carry up to 350,000 barrels of fuel. Reuters has been unable to determine who owns the vessel.

Synergy Group, the company based in Singapore that manages the Nord Joy, did not respond to questions about the alleged request by navy staff for an unofficial payment.

Synergy told Reuters in a statement that Nord Joy anchored in a position thought to be clear of Indonesian territorial waters on May 26 and on May 30, the Indonesian navy boarded the vessel, alleging it was within its territory.

Synergy said it was working with the navy, lawyers and local agents to resolve the issue.

The Nord Joy was escorted by navy ships to an anchorage near Batam, an island 20 miles (32 km) south of Singapore, which is home to a naval base, the two sources told Reuters.

The master of the tanker was taken onto the base and told by naval officers to arrange payment of $375,000 or potentially face months of lost income if the case went through the courts, the sources said.

This year, the average cost for chartering a refined product tanker the size of the Nord Joy was $30,000-$55,000 per day, according to Clarksons, a shipping data provider.

Ships have for years anchored in waters to the east of the Singapore Strait while they wait to dock, believing they are in international waters and therefore not responsible for any port fees, maritime analysts said.

The Indonesian navy has said publicly in recent years that much of this area is within its waters and that it intended to crack down on vessels anchored there without a licence. 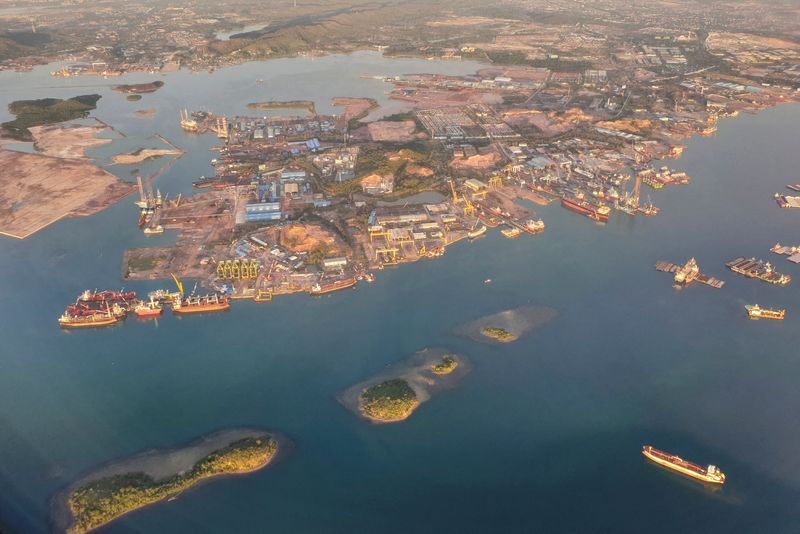