LONDON – A panel of experts drafted by the World Health Organization to investigate the origins of the COVID-19 pandemic and prepare a framework to investigate future outbreaks has published its first report.

The panel, set up in October, comprises 26 experts from around the world and is called the Scientific Advisory Group for the Origins of Novel Pathogens (SAGO).

Its work follows a previous WHO-China report on COVID-19, and a U.S. intelligence inquiry, both of which pointed towards a natural origin for the pandemic, likely from bats, rather than a lab leak.

The new report says a zoonotic origin is the most likely explanation for the emergence of the novel coronavirus. The first human cases were reported in December 2019 in the central Chinese city of Wuhan.

However, it says that neither the original animal source, the intermediate host, nor the moment the virus crossed over into humans, has been identified.

That is chiefly because a lot of data is missing, the report says, particularly from China.

Chinese scientists have provided more information, including on blood samples from 40,000 Chinese donors in Wuhan from September to December 2019 when the pandemic emerged.

Of these, more than 200 samples initially tested positive for Sars-CoV-2 antibodies, the virus causing COVID-19, but confirmatory tests were negative, the Chinese scientists said.

The WHO has requested more information on this and on other elements.

The panel also said that no further information has been provided on whether the coronavirus may have reached humans via a laboratory incident, meaning more data and investigations remained important.

It called for a number of studies to be carried out both in China and globally to shed further light on the pandemic’s origins.

These include additional studies on the first human cases in China, as well as efforts to trace whether the virus was circulating in China – and elsewhere – before the first cases were found.

Further work on potential animal hosts, particularly in bats, as well as on farm workers and animal products that were in the Wuhan market – identified early on as a potential spillover site – were also key, the WHO said.

The WHO says the main aims of the SAGO panel are to draw up a framework for investigating future outbreaks more effectively.

The report includes a list of the work that should urgently be done to achieve this, which would ideally be in cooperation with the country where an outbreak begins and WHO teams.

The studies needed include “early investigation” work into things such as modes of transmission and the extent of human-to-human transmission, SAGO said, as well as research on early cases and their travel history and exposure to animals.

It said there should also be plans for visits and the “systematic recording of information from the site[s] of the earliest detected cases”, as well as early specimen collection from animals, humans and the wider environment.

It will continue to meet to discuss progress on this, and will also discuss work on identifying the origins of some of the Sars-CoV-2 variants, as well as the spread of known pathogens, such as the recent monkeypox outbreak.

The panel also recommended more work on biosafety and security. 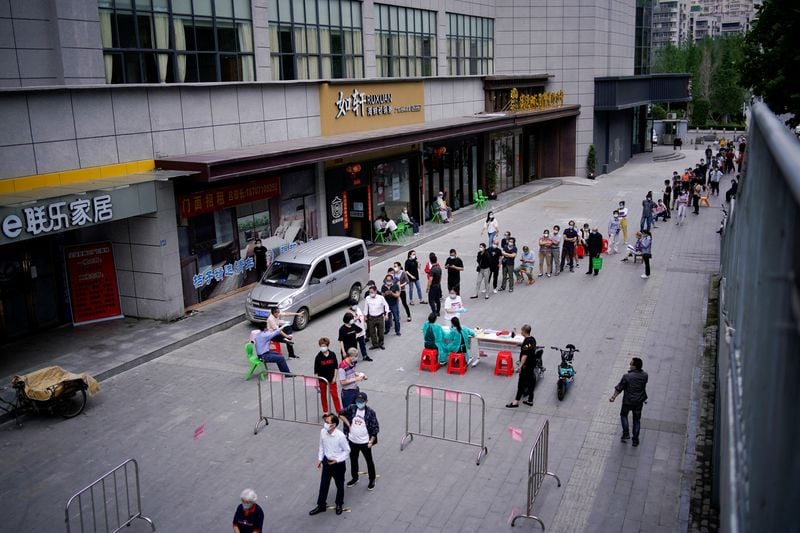