By Norma Galeana and Steve Gorman

LOS ANGELES -The head of a Mexico-based evangelical megachurch that claims about 5 million followers worldwide was sentenced on Wednesday in a Los Angeles courtroom to 16 years and eight months in prison for sexually abusing three girls.

Garcia, 53, entered his plea three days before he had been due to stand trial on 23 felony counts of sex crimes against children, including multiple charges of rape, conspiracy to engage in human trafficking and child pornography.

Several of his accusers, each identified in court only as Jane Doe and who are now young adults, decried the plea agreement as too lenient, saying they were not consulted in the deal that Garcia reached with the California attorney general’s office.

The church, which has publicly stood by Garcia, issued a statement on Twitter reiterating its support, saying, “our confidence in him remains intact with full knowledge of his integrity, his conduct and his work.”

It said Garcia accepted a plea deal because he believed he could not get a fair trial, and that evidence in the case “had been “suppressed, withheld, doctored and altered.”

In return for his guilty plea, prosecutors dismissed the majority of the charges he faced, including the most serious offenses, in a case that originally stemmed from allegations of five victims dating from mid-2015 to early 2018.

In victim-impact statements delivered during Wednesday’s hearing, all five said they felt robbed of their chance to more fully confront Garcia, who sat with his back to his accusers as each tearfully addressed their anguish at him.

“We looked up to you, you were our god, and you betrayed us. You are no more than a predator and an abuser,” Jane Doe No. 3 said as she choked back sobs.

Jane Doe No. 4, who identified herself as Garcia’s niece, said, “Naason and this church have ruined my life.”

Another accuser told the court that Garcia was avoiding accountability by claiming through the church to have acquiesced to a plea deal under duress and wrongly accused.

“Your honor, this abuser thinks your courtroom is a joke. Even after he accepted the plea deal, he’s sending messages to the church that he’s innocent,” the accuser said.

In the end, Superior Court Judge Ronald Cohen pronounced the sentence recommended by prosecutors – 16 years and eight months in prison, seeking to assure the victims, “The world has heard you. I promise you that.” Garcia also will be registered as a sex offender for life.

Garcia, dressed in orange jail garb, made no statement during the proceedings and was led away in handcuffs when the hearing ended.

His sentencing caps an investigation that began in 2018 leading to his arrest the following year at Los Angeles International Airport with a co-defendant, Susana Medina Oaxaca, who pleaded guilty last Friday to a charge of assault likely to cause great bodily harm. She was sentenced to one year of probation and six months of psychiatric counseling.

A second co-defendant, Alondra Ocampo, also arrested in 2019, pleaded guilty in 2020 to three felony counts of contact with a minor for purposes of committing a sexual offense and one count of forcible sexual penetration. Ocampo, not yet sentenced, had previously faced multiple counts of human trafficking and other charges.

La Luz del Mundo is the largest evangelical church in Mexico, dating to the 1920s, with branches in 50 countries and boasting about 5 million members. 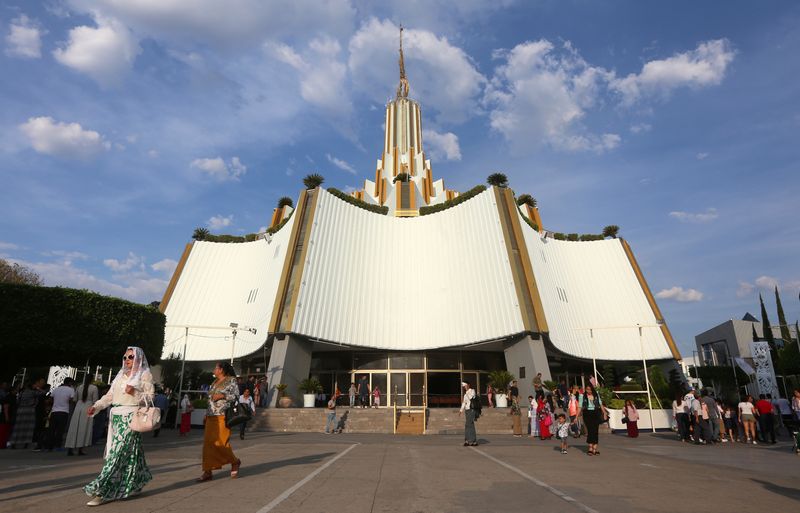