By Heekyong Yang and Ju-min Park

SEOUL – Thousands of South Korean truckers went on strike for a third day on Thursday to protest the sharp surge in fuel costs, disrupting production, slowing activity at ports and posing new risks to a strained global supply chain.

Presenting new President Yoon Suk-yeol with one of his first big economic challenges, about 7,200 members or roughly 30% of the Cargo Truckers Solidarity union were on strike, the country’s transport ministry said.

A union official said the number of participating members was much higher and they were also joined by non-union truckers. The government estimates that about 6% of the country’s 420,000 truck drivers belong to a union.

A test of which parts of South Korean society will have to shoulder the biggest portion of sky-high fuel costs, the strike, if prolonged, holds the potential to severely snarl industrial activity in the world’s fourth-largest economy.

Among companies feeling the pain was steelmaking giant POSCO which has been unable to ship about 35,000 tonnes of steel products from two plants daily since the strike began – equivalent to roughly a third of its daily shipments from those plants.

Automakers too were suffering. The union said it had asked both union members and non-union truckers not to make deliveries to Hyundai Motor Co’s plants in Ulsan but were not blocking the gates. Hyundai said some trucks were entering the plants.

A transport ministry official said there had been drops in shipments of some products including steel and cement. But the country was not yet seeing a “significant disruption in logistics” and the government was meeting with relevant industry officials to prevent such a situation.

An official with the Korean Shippers’ Council said the impact was being felt at ports.

“There’s only a minimal amount of cargo getting into ports right now. Until yesterday, the situation may have appeared okay because some pre-arranged cargoes were being delivered but the reality now is that it is very difficult.”

Busan Port Authority, the world’s seventh-biggest container port, said an emergency response team had been in place since Monday and it has readied extra storage space outside the port. The port’s container occupancy rate is currently 76.3%, up from 73.9% two days ago.

The truckers, regarded as self-employed contractors in South Korea, are seeking pay increases and a pledge that an emergency measure guaranteeing freight rates which was introduced amid the pandemic and is due to expire this December will be extended. They also want it to apply to a wider range of trucks, not just container trucks and cement trucks.

“Due to skyrocketing fuel prices and the government not acting enough to protect our livelihood, our frustration is only growing and growing,” Kim Jae-kwang, a senior union official, said.

He said many truck drivers were on the verge of going out of business.

“Large cargo truck drivers are paying an additional 3 million won ($2,390) in fuel costs when their monthly pay is around 3 to 4 million won.”

Their demands come at a time when inflation in South Korea has hit its highest levels in almost 14 years.

“If truckers’ demands are met and we see a bump-up in delivery costs that will fan inflationary pressure further albeit with a time lag,” said Park Sang-hyun, an analyst at HI Investment & Securities.

The Cargo Truckers Solidarity union is part of the Korean Confederation of Trade Unions, which is known for being more defiant than other big union groups in their actions.

The police have made more than two dozen arrests including members of the truckers union who were blocking the gates of the Hite Jinro brewery in Icheon, southeast of Seoul, Yonhap news agency reported.

President Yoon, in power for just a month, warned strikers on Thursday not to use violence and said the government is trying to resolve the situation through dialogue. 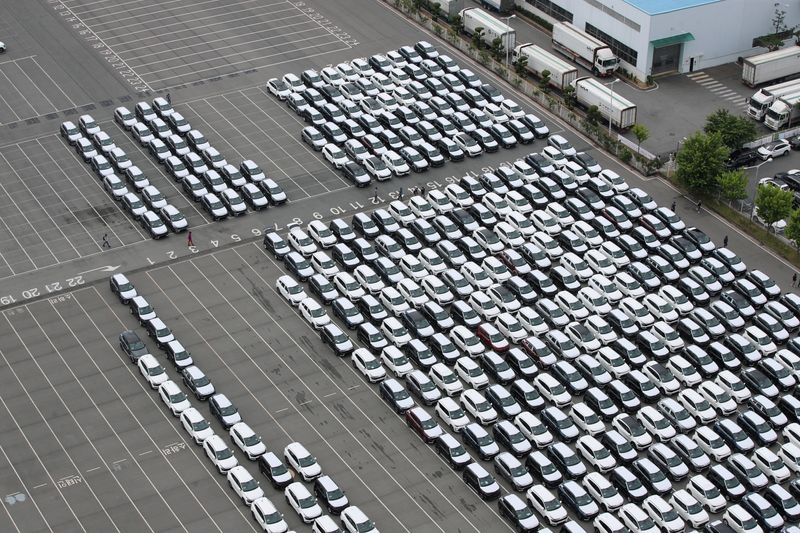