TAIPEI -The United States has approved a possible $120 million sale of parts to help Taiwan maintain its warships, which the island’s defence ministry said would help ensure combat readiness in the face of China’s “frequent activities” near the island.

The U.S. Defense Security Cooperation Agency said it had delivered the required certification notifying Congress following State Department approval for the sale, which was requested by Taiwan’s de facto embassy in Washington.

“The proposed sale will contribute to the sustainment of the recipient’s surface vessel fleet, enhancing its ability to meet current and future threats,” the agency said in a statement, adding that the parts would be sourced from “approved U.S. Navy vendors and/or U.S. Navy stock”.

Taiwan’s defence ministry said on Thursday the deal was expected to come into effect within one month, and expressed its thanks to Washington for its support in helping Taiwan be able to protect itself.

“In view of the recent frequent activities of Chinese warships in the sea and airspace around our country, the ship parts that the United States has agreed to sell will help maintain the proper equipment and consumption of our naval ships and meet the actual needs of combat readiness tasks,” it said.

Neither side gave details of the parts Taiwan would be receiving.

Related News:   JEFFREY LORD: House Republicans Must Get To The Bottom Of DirecTV’s Deplatforming Of Newsmax

Most of Taiwan’s main warships are U.S.-made or -designed.

The democratically governed island has complained of repeated missions by China’s air force in its air defence zone, part of what Washington sees as Beijing’s effort to pressure Taipei into accepting its sovereignty.

The United States, like most countries, does not have official relations with Taiwan, but Washington is its biggest backer and is bound by law to provide it with means to defend itself.

Successive U.S. administrations have advocated the sale to Taiwan of inexpensive, mobile and survivable – or “asymmetric” – weapons that could outlast any initial assault by China’s larger military.

The U.S.-Taiwan Business Council, which counts defence contractors among its members, welcomed the latest authorization, but charged that President Joe Biden’s administration had undertaken “the most significant narrowing of U.S.-Taiwan security assistance” since 1979.

“There appears to now be little to no U.S. support for substantial Taiwan force modernization efforts, so we should expect to see mostly sustainment and munitions programs through the remainder of President Biden’s term (or terms) in office,” Council President Rupert Hammond-Chambers said in a statement.

Taiwan’s military was likely to see “the loss of infrastructure, hollowing out of operational experience, and the loss of decades of expertise,” as a result, he said. 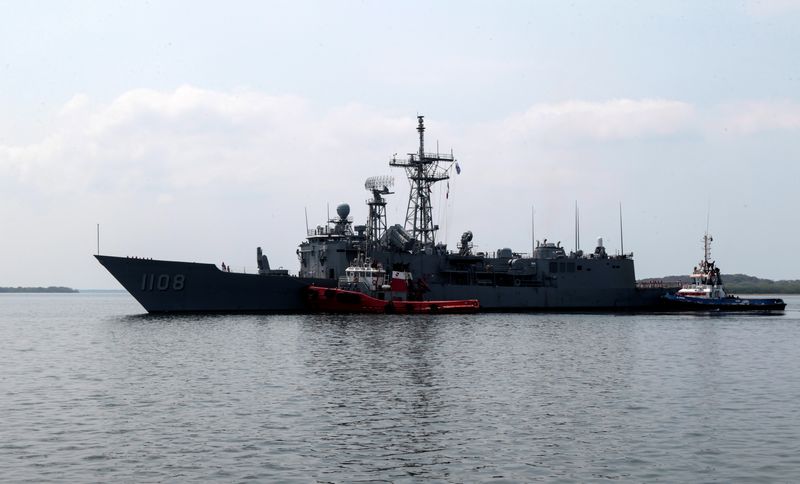