FRANKFURT – The euro zone will avoid a recession this year and growth will accelerate noticeably after bottoming out in the second quarter, a key European Central Bank survey showed on Monday.

The 19-country currency bloc has been hit by fallout from Russia’s invasion of Ukraine, which has sapped confidence, investment and households’ purchasing power via sharply higher fuel and food prices.

The economy is now expected to grow by 0.1% in the second quarter, accelerating to 0.4% in both the third and fourth quarters, the ECB’s Survey of Monetary Analysts showed.

The survey, a key input in ECB policy deliberations, also predicted that the ECB would raise its deposit rate by a combined 75 basis points this year and a combined 150 basis points by the end of next year, with the rate peaking at 1.25% in mid-2024.

The survey, presented to policymakers at last week’s ECB meeting, was compiled before the ECB said that rates would rise by 25 basis points in July and possibly by a bigger margin in September.

The rate hike will come as the ECB fights to tame inflation, which is now seen back at the 2% target by the first quarter of 2024, according to the survey. 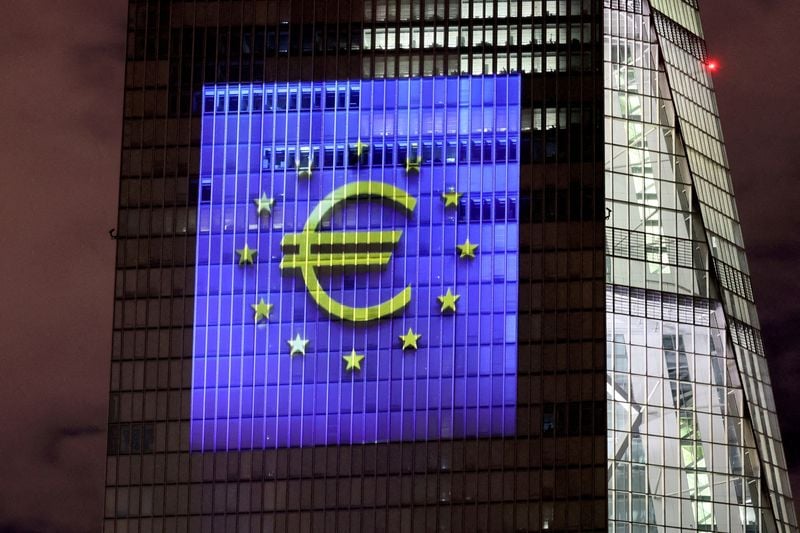