SEATTLE – Boeing Co said on Tuesday it had delivered 29 of its cash-earning 737 MAX single-aisle jets to customers in May, bringing in needed funds as the U.S. planemaker worked through supply chain and regulatory hurdles.

Boeing also handed over to customers the fourth-to-last of its hump-backed 747s, a freighter to Atlas Air, and three 777 freighters, reflecting strong demand for cargo capacity, it said.

The closely watched monthly orders and deliveries snapshot comes as Boeing kicks off media briefings at its Seattle-area facilities this week in preparation for Britain’s Farnborough Airshow next month.

As Boeing prepares for the industry’s annual showcase, the embattled U.S. planemaker is scrambling to resolve supply chain bottlenecks that have curbed 737 production and to win approval to resume deliveries of its 787 Dreamliner, among other challenges gripping its jet portfolio.

The 35 overall deliveries in May was more than double the 17 jets it handed over in the same month a year ago. That brings the delivery total for the first five months of the year to 165 aircraft, according to the data released on Tuesday.

Deliveries are a closely watched metric for investors since airlines hand over the bulk of the money for an order when they pick up their planes at Boeing.

Boeing booked 23 gross orders, 17 of which were for widebody aircraft. Among those, German carrier Lufthansa ordered seven 787 Dreamliners and seven 777-8F freighters – the cargo version of its forthcoming 777X.

For the year through May, Boeing booked 236 gross orders, or 171 after cancellations and conversions, it said. After accounting adjustments, Boeing recorded 107 net orders for the year so far. 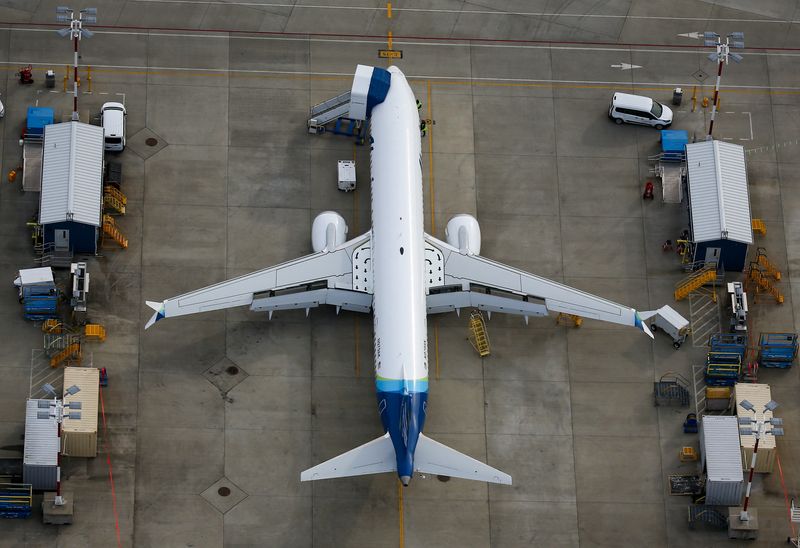