WASHINGTON (Reuters) -Voters in South Carolina and Nevada were picking candidates for the U.S. Congress and other offices in primaries on Tuesday, testing former President Donald Trump’s power over the Republican Party ahead of the Nov. 8 midterm elections.

U.S. Representative Tom Rice, one of the few Republican lawmakers who voted to impeach Trump for his role in the Jan. 6, 2021 Capitol riot, lost his re-election bid on Tuesday. Trump-backed challenger Russell Fry, a state lawmaker who assailed Rice during the campaign for his impeachment vote, defeated the incumbent 51% to 25%, according to Edison Research. The seat is expected to be an easy Republican win in the November general election.

The power of Trump’s endorsement took a knock with U.S. Representative Nancy Mace beating Trump-backed Katie Arrington, a former state representative. Mace had irked Trump last year with a public statement that Congress should consider censuring him for his role in the Capitol riot. Mace also refused to back Republican efforts to challenge the 2020 presidential election results. Newly drawn district boundaries have led analysts to view her seat as safely Republican in November.

The Republican nominating contest for Nevada’s top election official features former state assemblyman Jim Marchant. He has said he would have refused to certify Trump’s presidential election loss in Nevada, citing a false allegation that it was stolen from Trump.


Marchant’s top competitor in the race could be former state Senator Jesse Haw, who has said Nevada’s voting rules make it easy to cheat. Haw has called for an end to Nevada’s practice of sending mail ballots to every voter, while Marchant proposes the state ditch vote-counting machines in favor of hand-counting ballots. The winner will face Democrat Cisco Aguilar, a former aide to former U.S. Senator Harry Reid, in what could be a close November contest. 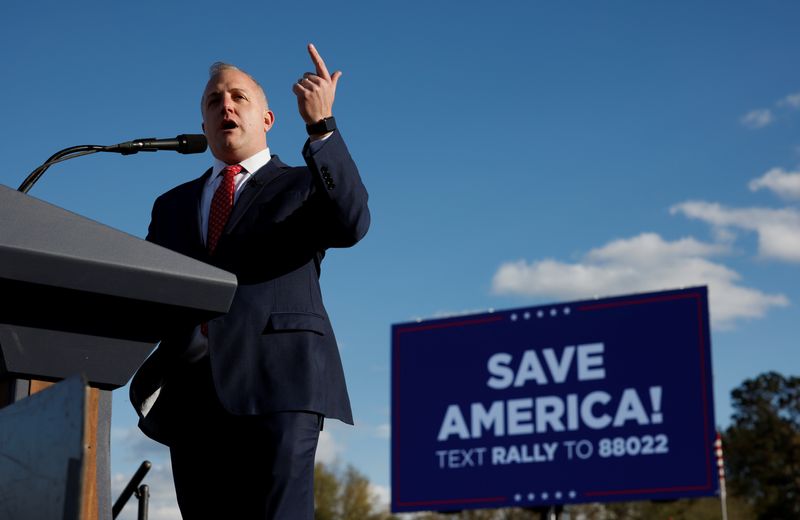 SAS applies for Chapter 11 in the United States

SAS applies for Chapter 11 in the United States