NEW YORK – World stocks fell for a second day in a row on Tuesday while government bond yields and the U.S. dollar clung to multi-year highs, as surging inflation led investors to brace for what could be the largest U.S. interest rate hike in 28 years this week.

Investors are betting with near certainty that the Fed will announce a 75-basis-point rate increase – the largest since November 1994 – at the end of its two-day policy meeting on Wednesday. It would be this year’s third rate increase following two 50-basis-point hikes.

“A 75-basis-point increase is more consistent with the Fed’s prior desire to ‘expeditiously’ raise rates to neutral,” Goldman Sachs analysts said in a note to clients on Tuesday, adding that “a restrictive policy stance is necessary to tame inflation.”

The analysts said they expect the Fed to raise rates by another 75 basis points in July, and predict that higher rates will likely bring on a recession in mid-2023.

Recession concerns and uncertainty around the outlook for rates weighed on stocks. The Dow Jones Industrial Average dropped 0.5% to a 16-1/2-month low, and the S&P 500 slipped 0.38%. The Nasdaq Composite bucked the trend and managed to eke out gains of 0.18%.

The S&P 500 tumbled into bear market territory on Monday after shedding more than 20% since a record close on Jan. 3.

The index now trades at a more attractive valuation of about 17 times its forward price-to-earnings ratio, according to data provider Datastream. That is roughly in line with its 10-year ratio average, and compares with a reading of more than 20 before the market correction.

“Quite simply, when we see monetary tightening the order of what we are seeing globally, something is going to break,” said Timothy Graf, head of EMEA macro strategy at State Street.

“I think there are other shoes to drop,” he said.

State Street’s Graf did not see recession as inevitable, but said the probability has increased with “monetary tightening and the squeeze on real incomes from commodity prices.”

Rising yields and the flight from risk helped the dollar surge to a 20-year high against a basket of currencies.

The dollar index, which measures the greenback against a basket of six major currencies, was up 0.3% after hitting a high of 105.65.

With the Bank of Japan expanding bond purchases on Tuesday and unlikely to budge from its ultra-low rates policy at its Friday meeting, a respite for the yen looks unlikely.

“Given Wednesday may see the Fed go 75 bps and flag more, while the BOJ on Friday will only flag more bond buying, the yen is not going to stay at these levels for long. It’s going to get much, much worse,” Rabobank strategist Michael Every said. 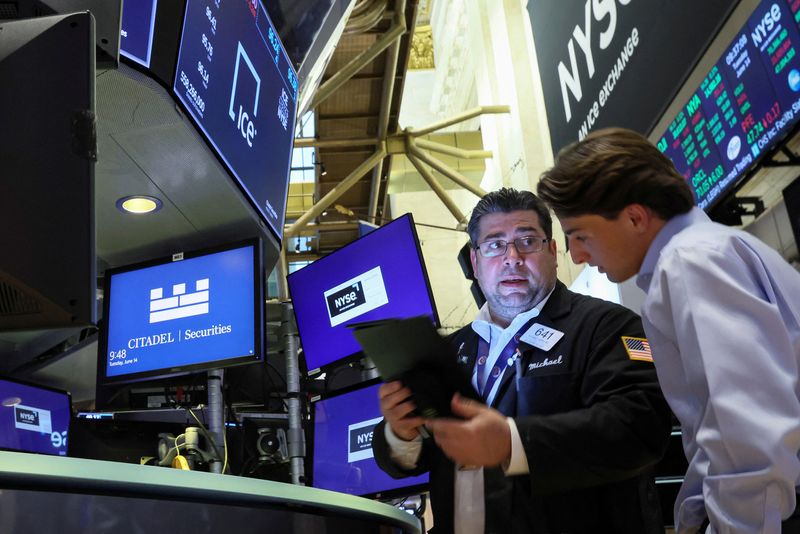