NEW YORK (Reuters) – Andrew Forrest, the chairman and founder of Australian miner Fortescue Metals, said on Tuesday he does not believe his company should shy away from investing in countries with troubled human rights records.

Forrest, who returned to helm the company last month, cited the example of the Democratic Republic of Congo, where some cobalt mines employ slave labor. Cobalt is an important component in lithium-ion batteries used in electric vehicles, smart phones and laptops.

“Should we not invest in that industry because there is modern slavery?,” he asked, during a presentation to the Reuters Events Global Energy Transition conference in New York.

“Or should we invest in it hard and insist that every industry, and consumers of that cobalt, agree there is a standard and should not buy cobalt from any other organization that doesn’t hold the same standard?

“I am a person who would rather engage and bring up standards than walk away,” said Forrest.

Fortescue is the world’s fourth-largest iron ore producer and is also investing in the production of so-called “green hydrogen”, a low emissions fuel that it hopes will help it decarbonize its mining operations.

Forrest said he believed a top threat to the world’s climate is “unabated greenwashing” by mining and energy companies, because it gives the public and investors a false sense of progress in efforts to cut greenhouse gas emissions.

Forrest said he had asked the U.S. Securities and Exchange Commision to investigate dubious corporate claims about social and environmental governance. 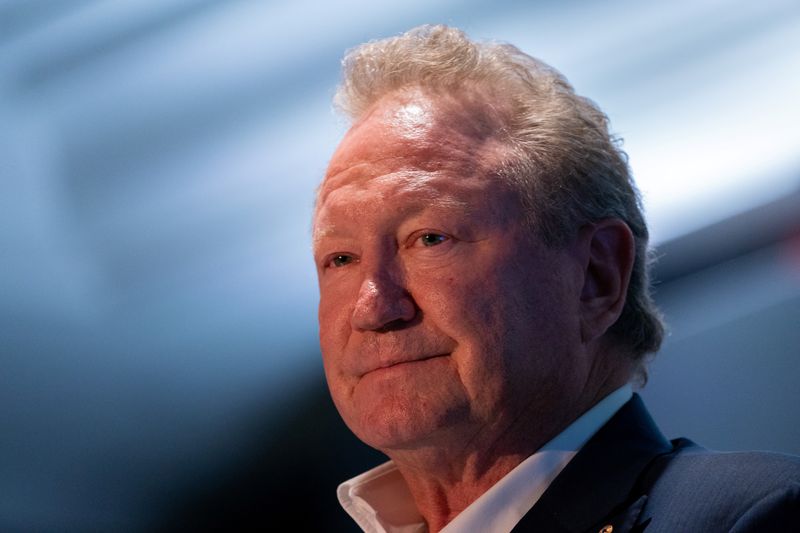