By Andrew MacAskill and Michael Holden

LONDON/BOSCOMBE DOWN, England -Britain’s first flight to take asylum seekers to Rwanda did not take off as scheduled on Tuesday after the European human rights court issued last-minute injunctions to stop the deportation of the handful of migrants on board.

The British government’s plan to send some migrants to the East African country has been criticized by opponents, charities, and religious leaders who say it is inhumane. It has been forced to fight a series of legal challenges in London courts aiming to stop it going ahead.

In the last few days, at least 30 individuals earmarked to be on the first flight successfully argued that they should not be deported to Rwanda on health or human rights grounds.

Just a handful of migrants were set to fly from an air force base in southwest England on Tuesday. Shortly before the plane was due to leave, the European Court of Human Rights (ECHR) granted injunctions to prevent their deportations.

“I have always said this policy will not be easy to deliver and am disappointed that legal challenge and last-minute claims have meant today’s flight was unable to depart,” Home Secretary Priti Patel said.

“It is very surprising that the European Court of Human Rights has intervened despite repeated earlier success in our domestic courts.”

She said the government would not be deterred and would prepare for the next flight.

The flight was cancelled after the plane’s engines had been started and cabin crew was seen boarding.

The ECHR’s ruling relating to one of the men, an Iraqi, stated he “should not be removed until the expiry of a period of three weeks following the delivery of the final domestic decision in the ongoing judicial review proceedings.”

The High Court in London is due to hold this judicial review in July to decide on the legality of the scheme.

Britain says the 120-million-pound ($148 million) deal struck with Rwanda will stem the flow of dangerous cross-Channel trips and smash the business model of people-smuggling networks.

But the United Nations’ refugee chief called it “catastrophic”, the entire leadership of the Church of England denounced it as immoral and shameful, and media reports have said Prince Charles, the heir to the throne, had privately described the plan as “appalling”.

Prime Minister Boris Johnson, who said his government would not be put off by criticism, “some of it from slightly unexpected quarters,” had earlier commented that legal bids were undermining attempts to support safe routes for asylum seekers.

Asked if Britain might withdraw from the European Convention on Human Rights, he said: “It is certainly the case that… the legal world is very good at picking up ways of trying to stop the government from upholding what we think is a sensible law.

“Will it be necessary to change some laws to help us as we go along? It may very well be and all these options are under constant review.”

Sangeeta Shah, a professor of international law and human rights at the University of Nottingham said Britain would be joining Belarus and Russia in not being part of the convention if it did opt out. Last week, Russia’s parliament passed bills to end the European court’s jurisdiction.

“Britain would be saying, ‘we don’t believe in a system that the whole of the rest of Europe does believe in’,” she said.

According to official figures, more than 28,500 people were detected arriving in Britain on small boats last year and the government says its strategy will stop these.

Dozens of migrants, including women and young children, arrived on Tuesday, a Reuters witness in the Channel port of Dover said.

Human rights groups say the policy will put migrants at risk and the UN refugee agency says Rwanda, whose own human rights record is under scrutiny, does not have the capacity to process the claims properly. 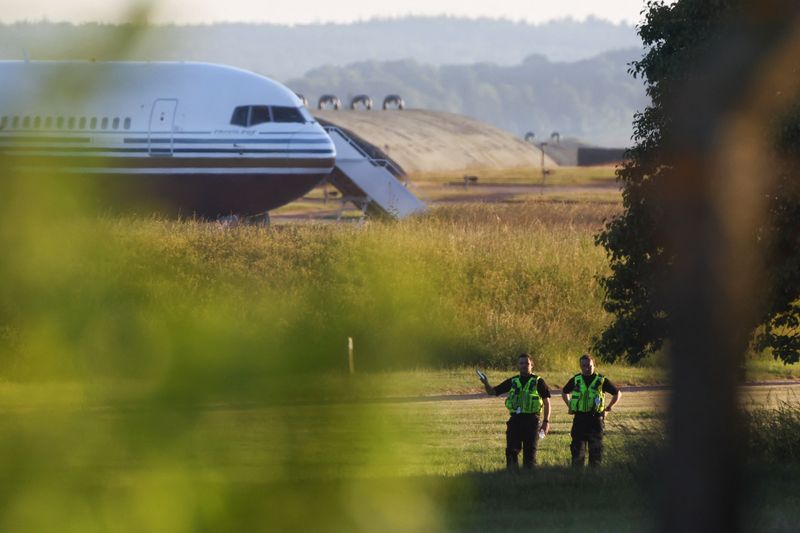 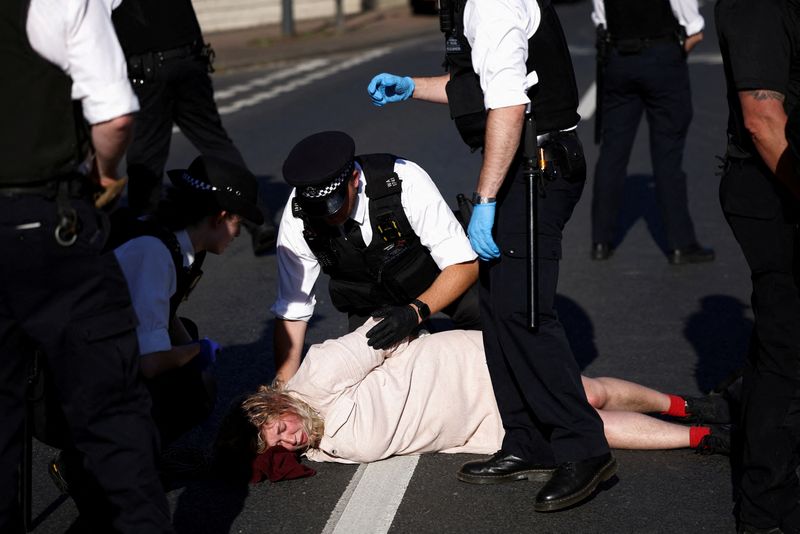 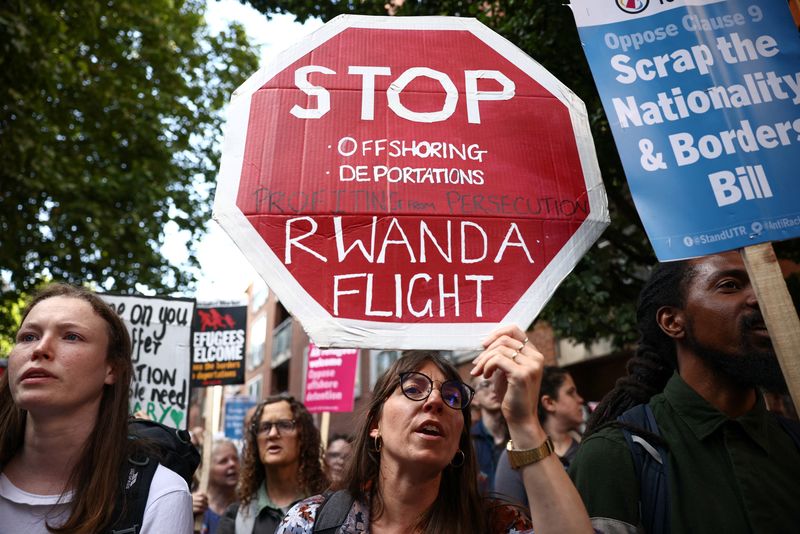 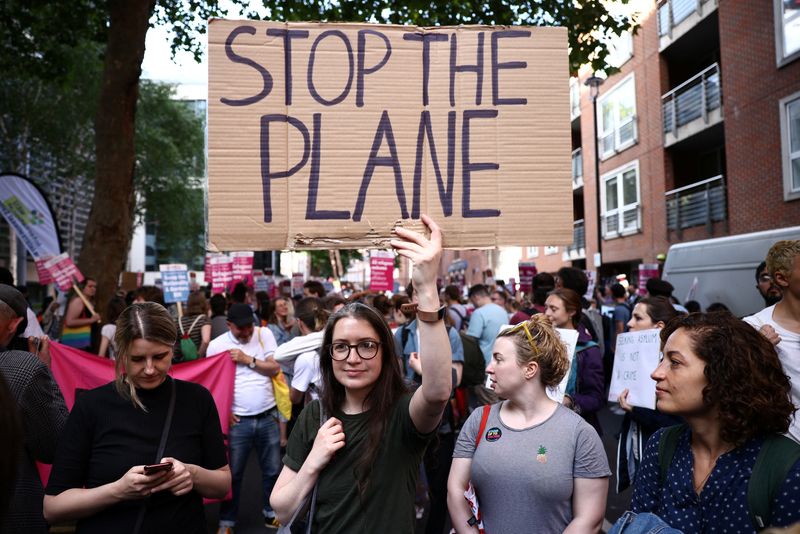 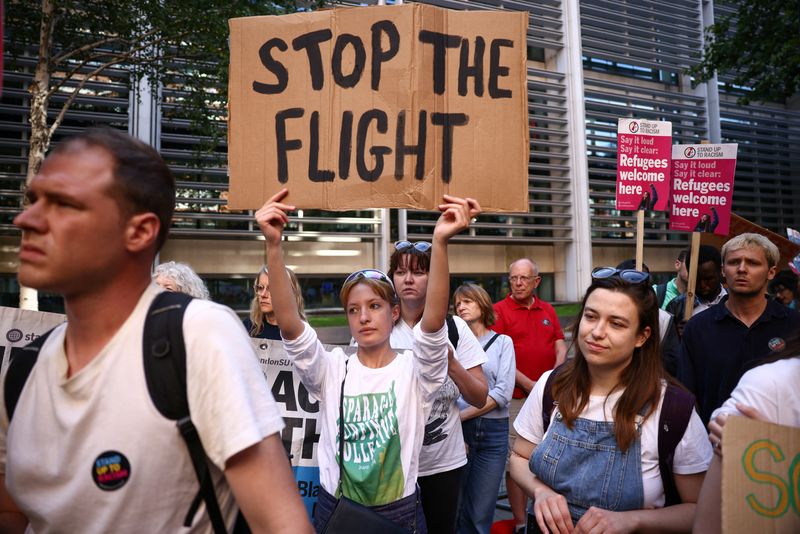 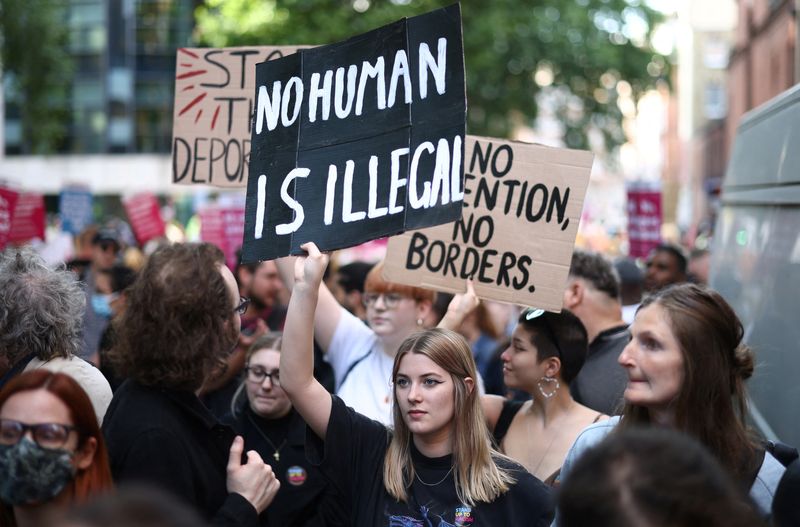