MYKOLAIV, Ukraine – As 10-metre high mounds of sunflower meal smoulder among the blackened ruins of one of Ukraine’s top agricultural terminals, farmers in this front-line region are scrambling to survive a harvest under Russian fire.

They see Russia’s shelling of the Nika-Tera port facility in the southern city of Mykolaiv on June 4 as just the most dramatic example of a wider assault on a pillar of Ukraine’s economy – and the world’s.

“Agriculture is one of the few business sectors that is working… Of course they want to destroy it. They want to end this stream of income into the country,” farmer Volodymyr Onyschuk said near a pile of Russian shell casings on his 2,000 hectare wheat and sunflower holding near Mykolaiv.

Crops will be vulnerable to fire caused by shelling, he said, and that could be “hell” for farmers when the harvest season begins in coming weeks.

Asked how Mykolaiv farmers planned to reduce exposure to Russian actions, he said: “Let us just survive until the next harvest.”

Since Russia’s Feb. 24 invasion of Ukraine, the world’s fourth largest grains exporter, Kyiv has repeatedly accused Russia of attacking infrastructure and agriculture to provoke a global food crisis and pressure the West.

Moscow, which calls its war a special military operation, blames Western sanctions and sea mines laid by Ukraine for the drop in food exports and rising global prices.

The blasts triggered an intense fire in sunflower meal stores. These were still smouldering during a brief press tour on Sunday. Separate grain elevators on the site were untouched.

The region’s agricultural facilities have suffered an estimated 34 billion hryvnia ($1.16 billion) worth of losses, he said. Sites hit include a large producer of tomato pulp and a large number of farms.

Shelling is feeding fear across a sector already hamstrung by Russia’s blockade of the Black Sea, the primary route for Ukraine’s vast agricultural exports.

Combine harvester operators are leery of bringing their equipment to the region, fearing shelling along and possible mines and munitions in the fields, farmers said.

Related News:   Here’s How Long It Will Take To Replenish US Weapons Stocks Sent To Ukraine

Some grain traders are reluctant to even buy stocks from farmers, fearing they will bear responsibility if their storage facilities are subsequently attacked.

“Nobody can guarantee the safety of this harvest in a time of war,” said Reshetilov.

Supplies of fertilizer are running low, and without buyers for grain exports, farmers said they could struggle to raise funds to buy more supplies, even if they were available.

“Fuel has gone up. Fertilizer prices are insane. I don’t know how we are going to work next year,” said Valentyn Matviyenko, who runs a farm near Bashtanka, around 60 kilometers northeast of Mykolaiv city where some land is within range of Russian artillery.

Some traders are offering wheat prices that were one-third of pre-war highs, he said.

“Our financial resources are dwindling. We’ve put everything into this harvest,” he said.

Few in the region hold out hope that diplomatic efforts will unblock the Black Sea. They said a few convoys of ships would not even dent the volumes that need to be exported, and it is not economical to send the same grain by road.

Additional grain storage in and around Mykolaiv has been ruled out due to the risk of shelling, Mayor Oleksandr Senkevych told Reuters. Instead the focus is on building facilities closer to the Romanian border where river transport is an option.

The regional administration said it is looking at municipal and communal rather than private storage. The national government, meanwhile, is seeking to simplify export procedures and is offering farmers interest-free loans.

Some are sceptical of state intervention: “The best help of the government is not to do anything .. business will find a way to export the grain,” Mayor Senkevych said.

After spraying fertilizer on a field of young sunflowers, tractor driver Vasyl Boyko, 38, said he does not believe a solution will be found unless Ukraine pushes back Russian forces and the West opens trade corridors in the Black Sea.

“We don’t need words, we need weapons,” he said. 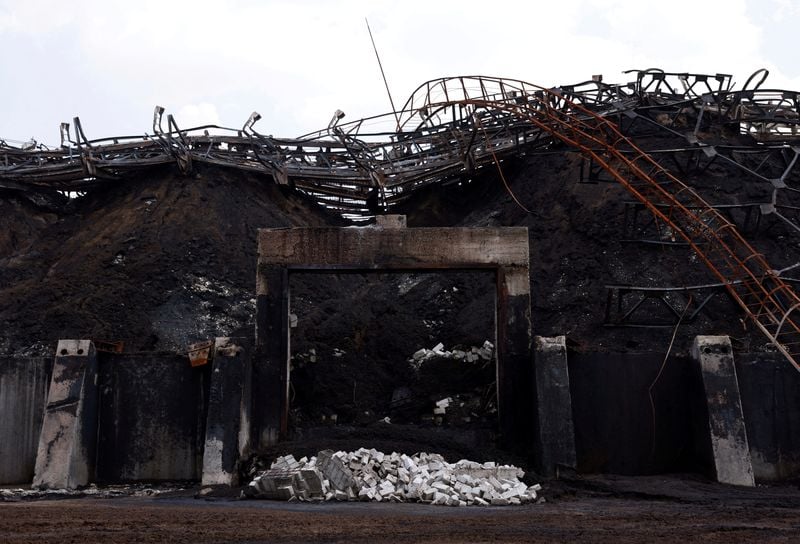 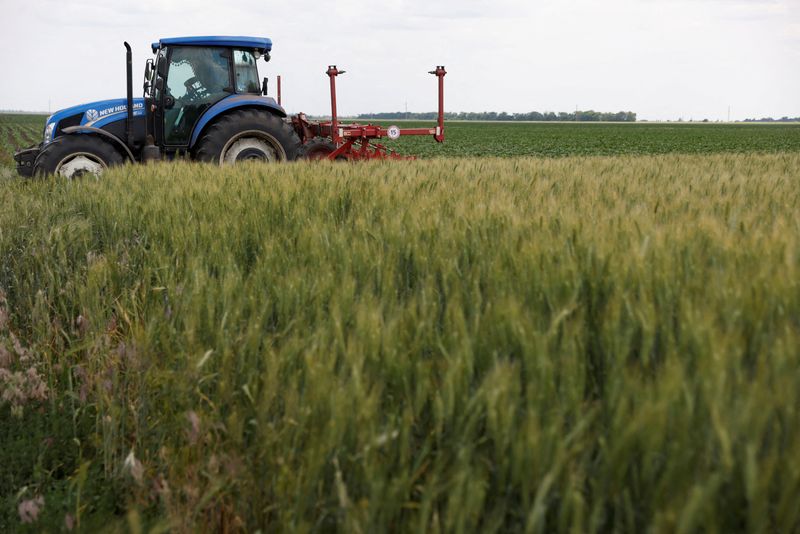 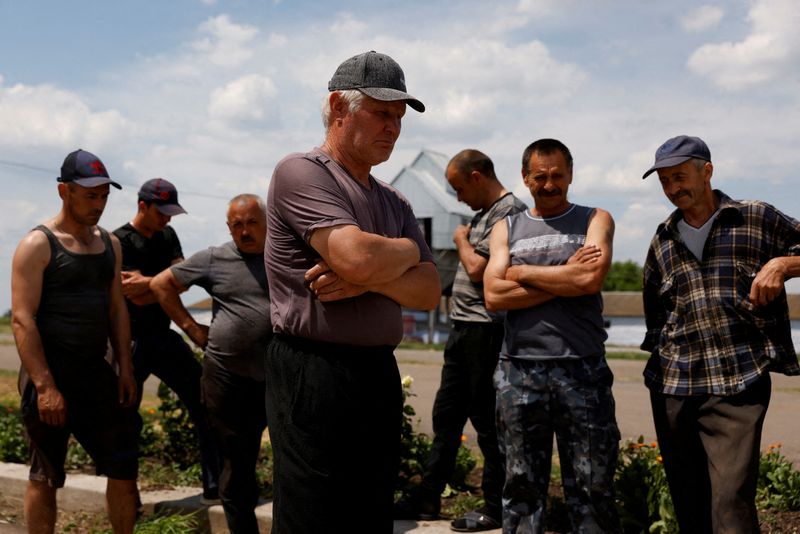 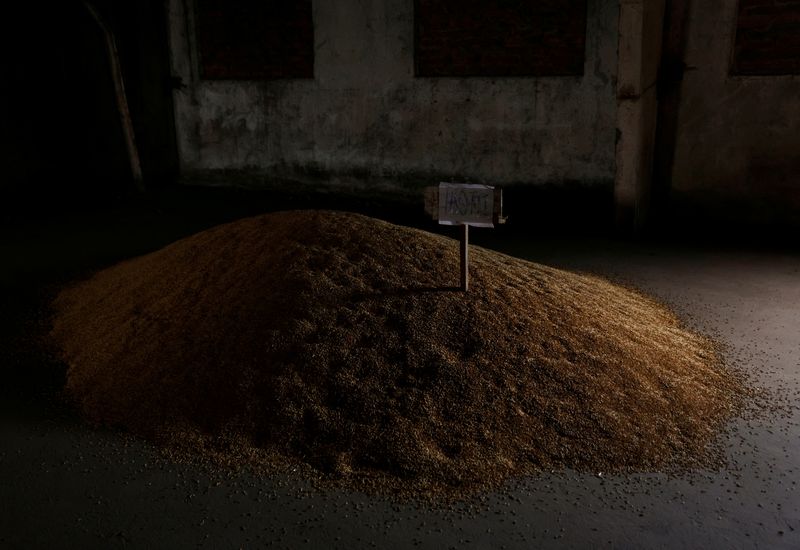 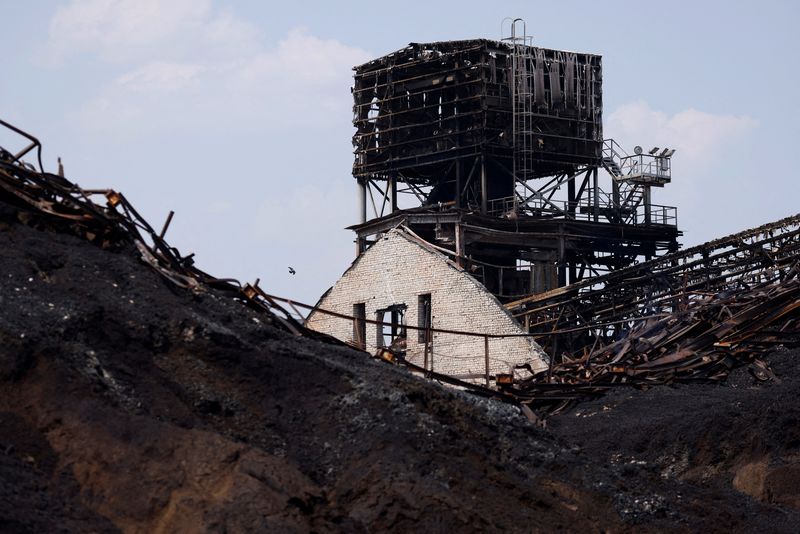