LOS ANGELES – The union and employers negotiating the contract for more than 22,000 port laborers on the U.S. West Coast on Tuesday said they are committed to reaching a deal and are not planning any work stoppages or lockouts that would worsen supply chain logjams.

The International Longshore and Warehouse Union (ILWU) and the Pacific Maritime Association (PMA) employer group have been in negotiations since May.

They said they do not expect to reach a deal before the high-stakes labor agreement, which covers workers at key ports like Los Angeles and Long Beach, expires on July 1.

In a joint statement released Tuesday, the ILWU and PMA said that at a meeting in Los Angeles on Friday, they shared with U.S. President Joe Biden their commitment to reaching a deal.

“Neither party is preparing for a strike or a lockout,” they said.

The news came just hours before the nation’s busiest ocean trade gateway in Los Angeles, which employs the lion’s share of West Coast port workers, reported near record imports for May.

Import volumes at the Port of Los Angeles are easing from the levels seen during the throes of the pandemic, when home-bound shoppers binged on everything from exercise equipment to garden supplies.

Still, they remain about 20% above normal – stoking shipper anxieties that any breakdown in the often-contentious labor talks could spawn work slowdowns, gum up cargo flows and send inflation-fueling transportation costs even higher.

The nation’s supply chain issues have raised enough concerns that the Biden administration has stepped in to assist.

The complex notched its third-highest monthly import result in May, processing 499,960 20-foot equivalent units (TEU). That was down 6.7% from the year earlier due to COVID-related shutdowns in parts of China and moderating demand from U.S. consumers. 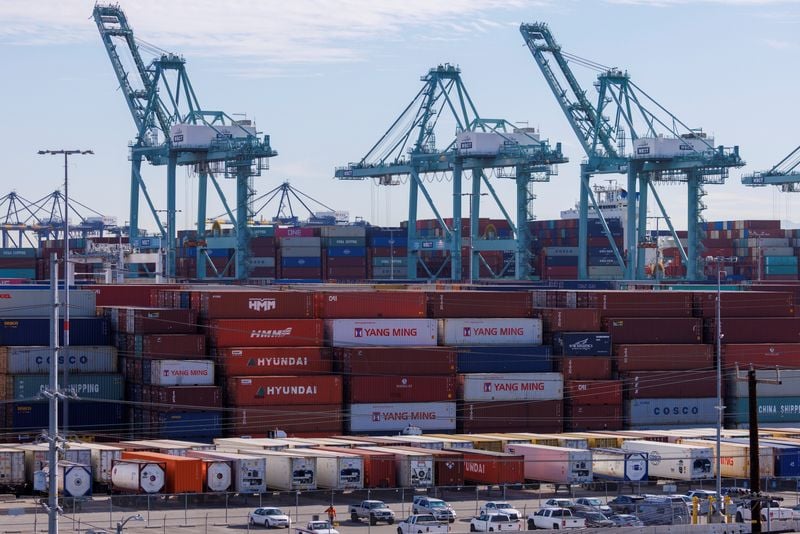