WASHINGTON – U.S. President Joe Biden’s public approval rating fell to 39% in its third straight weekly decline, approaching the lowest level of his presidency, according to a Reuters/Ipsos opinion poll completed on Tuesday.

The two-day national poll found that 56% of Americans disapprove of Biden’s job performance.

Biden’s approval rating has been below 50% since August, a sign that his Democratic Party could be on track to lose control of at least one chamber of Congress in the Nov. 8 midterm election.

Biden has been dogged this year by a surge in inflation, with Russia’s invasion of Ukraine helping drive fuel prices higher and global supply chains still hindered by the COVID-19 pandemic.

The decline in Biden’s popularity has been largely driven by dissatisfaction within his own party. Seventy-four percent of Democrats approved of Biden’s performance this week, down from about 85% in August. Only 11% of Republicans approved, largely unchanged from August.

Biden’s overall approval rating has yet to hit the lows seen by his predecessor, Donald Trump, whose popularity bottomed out at 33% in December 2017. Biden’s lowest rating so far was 36% in late May.

The Reuters/Ipsos poll is conducted online in English throughout the United States. The latest poll gathered responses from a total of 1,005 adults, including 443 Democrats and 364 Republicans. It has a credibility interval – a measure of precision – of four percentage points. 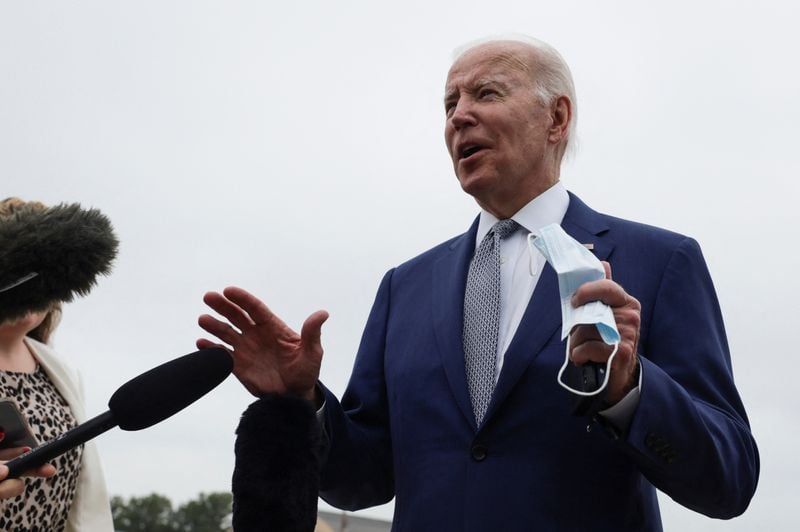