BRASILIA/SAO PAULO – Brazilian President Jair Bolsonaro has vetoed a Congress-passed measure that would block airlines from charging for checked baggage on their flights, his office said on Wednesday, sending shares in local carriers higher.

Bolsonaro’s office said that while signing into law a bill aimed at simplifying rules for the sector as it emerges from the pandemic-related downturn, he has vetoed an amendment that would block companies from charging for bags weighing up to 23 kg in domestic flights and up to 30 kg on international routes.

“Said proposal would increase the costs of airline services and regulatory risks, reducing the attractiveness of the Brazilian market to potential new competitors and contributing to an increase in air ticket prices,” the president’s office said in a statement.

Brazil’s Congress can still override Bolsonaro’s veto, but a legislative session would need to be called for that purpose.

Shares in Brazilian airlines rose after the move, with Gol Linhas Aereas Inteligentes SA up 4.6% at 9.99 reais and Azul SA climbing 3.3% to 14.07 reais in early morning trading.

Analysts at Genial Investimentos said Bolsonaro’s veto represented a relief for airlines amid a great amount of turbulence, adding that the measure was being priced into airline shares.

“In the short term, as companies usually pass these costs on to customers, there would be an increase in air service costs. In the long term, the bill would increase regulatory risk,” they said.

(Reporting by Ricardo Brito in Brasilia and Gabriel Araujo in Sao Paulo; Editing by Bernadette Baum) 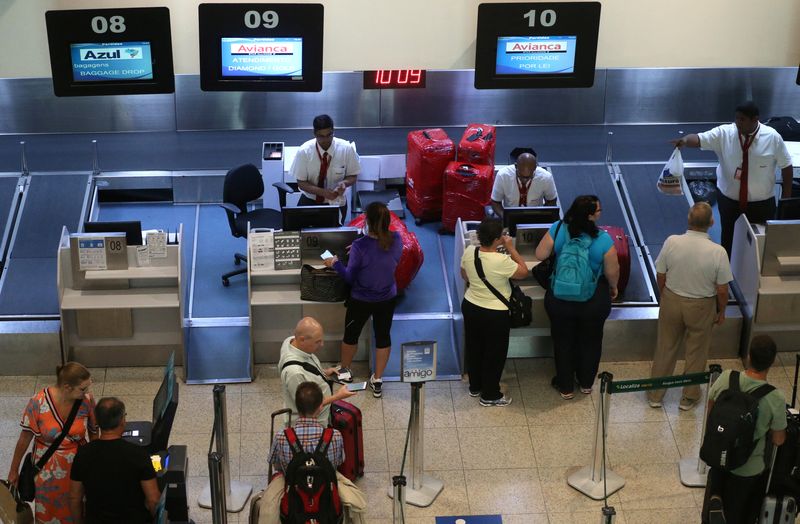