LONDON – The Bank of England has kept investors guessing about whether it is part of the pack of central banks signalling further big increases in interest rates in the face of the most severe inflation surge in decades.

The BoE on Thursday raised borrowing costs for the fifth time since December, but only by a further 25 basis points, hours after the central banks of Switzerland and Hungary raised rates by twice as much and said more was probably on the way.

On Wednesday, the U.S. Federal Reserve signalled that it would keep on tightening monetary policy at pace after delivering its biggest interest rate hike in nearly 30 years with a 75-basis-point increase.

Even the European Central Bank, which has not raised rates since 2011, has promised a 25-basis-point hike in July and a possibly larger move in September.

By contrast, the BoE has dropped the guidance it issued in May when it said most of its rate-setters believed “some degree of further tightening in monetary policy may still be appropriate in the coming months.”

Instead, the Monetary Policy Committee said “any further increases in Bank Rate” would reflect the MPC’s view on the economy and inflation, a non-committal approach that harked back to the days before so-called forward guidance began to be used by central banks seeking to shape expectations in markets.

But the MPC also added a line that grabbed the attention of investors: “The Committee will be particularly alert to indications of more persistent inflationary pressures, and will if necessary act forcefully in response.”

After the announcement, interest rate futures were pricing in a roughly 60% chance of the BoE delivering its first 50 basis-point hike since 1995 at its next meeting in August.

The BoE’s new language was backed by all its policymakers, unlike in May, but was interpreted as both dovish and hawkish by experienced observers of the central bank.

But HSBC economists Liz Martins and Simon Wells said the narrative was strikingly different to that of other central banks and the BoE seemed to be counting on an economic slowdown to do much of the work of cooling inflation.

Britain’s economy will shrink by 0.3% in the current quarter, the BoE said on Thursday, and is set to be the weakest among the world’s big, affluent countries next year, according to the International Monetary Fund and the Organisation for Economic Cooperation and Development.

“The BoE still seems determined to paddle its own canoe, worrying more about the growth and unemployment risks…than the risk of second-round effects and high inflation becoming embedded,” Martins and Wells at HSBC said.

Unlike other economies, Britain is facing risks relating from the still unfinished negotiations over Brexit and the uncertain future of Scotland in the United Kingdom.

Furthermore, one of the three members of the nine-strong MPC who voted for a half-percentage-point rate hike this week – Michael Saunders – is due to leave the central bank after its next meeting in August, potentially weakening the hawkish camp.

Allan Monks at JP Morgan said the BoE was refraining from trying to micro-manage expectations.

“Against a backdrop where other central banks have tried to commit to specific outcomes at their forthcoming meetings in the hope of providing clarity, before then having to back out of this guidance in the face of rapidly changing events, this seems like a sensible strategy,” he said.

Last year, the BoE was accused of misleading markets when it did not start its rate hike cycle in November as many investors had expected following on comments by Governor Andrew Bailey.

The BoE under former governor Mark Carney was accused by a British lawmaker of being an “unreliable boyfriend” after its signals about when interest rates were likely to go up were knocked off track by the economy’s twists and turns.

But Monks at JP Morgan said he still thought a 50-basis-point rate hike by the BoE in August is likely because it is unlikely to get better news on inflation by then.

“This more open element of the MPC’s latest guidance should not be confused with a lack of conviction about rates needing to rise,” he said. 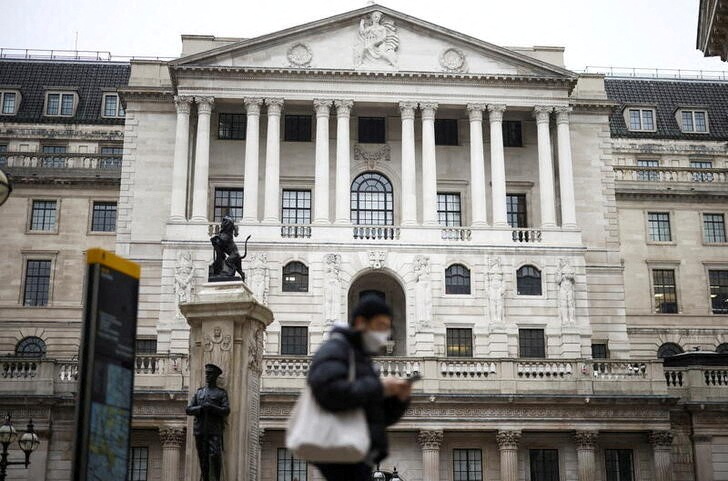