JOYA DE LOS SACHAS, Ecuador – Ecuador oil company Petroecuador says it is working to shut down gas flares in the Amazon to comply with a court-imposed deadline, but progress is too slow for nearby communities who allege the flares cause cancer and other illnesses.

A provincial tribunal in Sucumbios province last year ordered Petroecuador and a handful of private operators to stop hundreds of flares – which burn off natural gas emitted during oil production when there is no infrastructure to capture it – in inhabited areas by March 2023.

Flaring last year released 400 million tonnes of greenhouse gases globally, according to the World Bank, and researchers have warned of health problems from cancer to respiratory disease associated with the practice.

The state-owned company is hoping to find a private partner to invest in technology needed to capture the 65 million cubic feet of gas emitted daily by flares, which flame constantly above verdant treetops.

“Part of the capturing process is trying to gradually and progressively eliminate the flares within the court’s timeframe,” Petroecuador’s head of projects Jaime Garzon told Reuters.

The company aims to begin halting flares in inhabited areas from September in order to meet the deadline, Garzon said, and switch off rural flares within in two or three years, well ahead of an eight-year timeline imposed by the court.

It should be possible to mount such capture infrastructure quickly if the right company wins the tender, former Energy Minister Fernando Santos told Reuters.

“It’s more a technical question than an investment one and if an experienced company wins the tender, they won’t have any problem,” he said.

Petroecuador already processes some 35 million cubic feet of byproduct gas every day for domestic use or electricity at its operations, but hopes eventually to process all gas emitted by its 391 flares, saving $400 million a year.

Ecuador’s energy ministry in April apologized to communities for delays in extinguishing the flares.

Its private operators have some 66 flares, but the majority of that gas is already captured for electricity generation, according the energy ministry.

For residents of Sucumbios and Orellana provinces, change is coming too slowly.

“This is going to kill us sooner,” said farmer Fanny Tufino, 71, whose coffee crops sit just 150 meters (500 ft) from a flare. “It affects our health a lot, for me it affected my vision.”

VIOLATION OF RIGHTS TO HEALTH

The case which spurred the Sucumbios ruling was brought by a group of local girls, who argued flaring violated their rights to health and a clean environment.

“I demand the president look at the Amazon and turn off the flares,” said Leonela Moncayo, 11, one of the plaintiffs, citing heat, dry soil, dead plants and incinerated insects near her house.

President Guillermo Lasso has not specifically commented on the flares but the energy ministry says it has spoken to operators about complying with the ruling.

There are limited enforcement tools in such cases, potentially forcing communities to seek new rulings if shutdowns are delayed.

The release of chemicals like benzene during flaring can trigger not only cancer but respiratory diseases and high blood pressure, said Alejandro Gonzalez, University of the Americas director of environmental engineering.

“There’s a direct link between inhaling benzene and cancer,” said Gonzalez, adding children are most affected.

Dozens of countries and oil producers – including the United States, Russia, Ecuador and Germany – have pledged to stop routine flaring by 2030.

The United States, the world’s second-largest greenhouse gas emitter, last year announced plans to slash methane emissions, including from flaring, and has pursued companies accused of failing to monitor flares.

Petroecuador says it has already centralized flaring at some fields, instead of having one flare at each well, which will help reduce infrastructure needs. Forty-nine flares are already being dismantled, it added.

“They say they switched off three flares that were already turned off and hope to eliminate 45 flares, which also don’t work, in the rest of the year,” Fajardo said.

The government must ensure no new oil contracts allow flaring, he added, citing a study which found the incidence of cancer in areas close to oil operations was more than double the national average.

Reuters could not independently verify the study and Petroecuador said it does not have data on cancer cases near its operations.

“No one knows if in a few years we’ll have cancer, we are afraid because the pollution brings us lots of illnesses,” said Viviana Rojas, 21, whose home, shared with her infant son, backs onto a constantly-burning flare.

“We ask they be shut off immediately.” 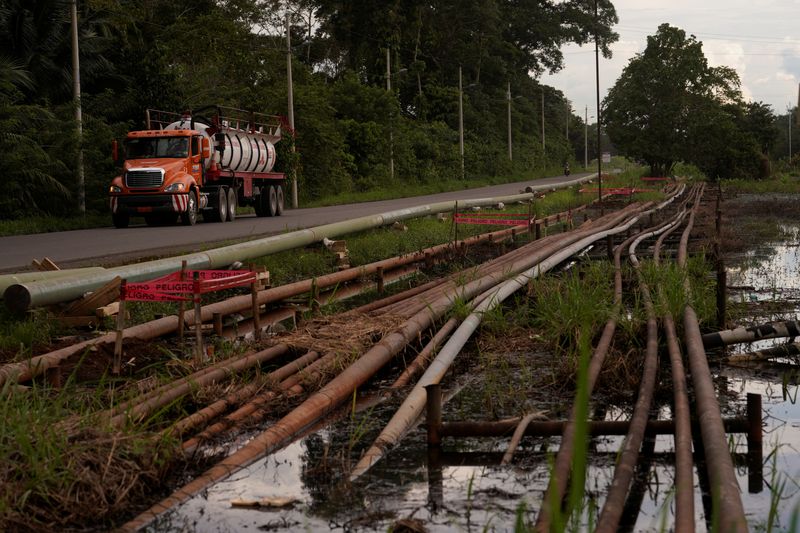 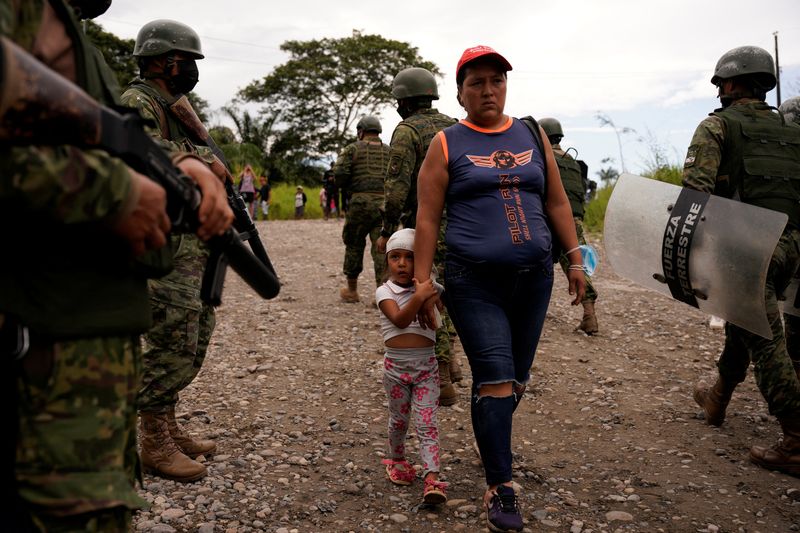 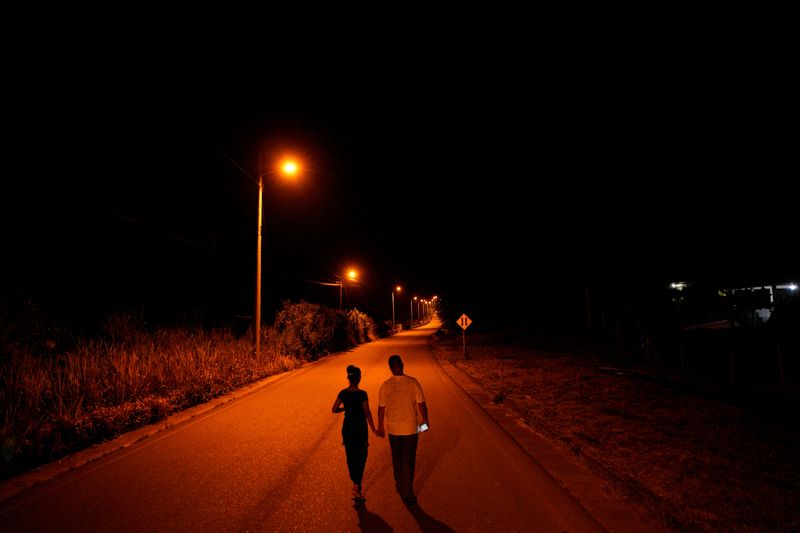 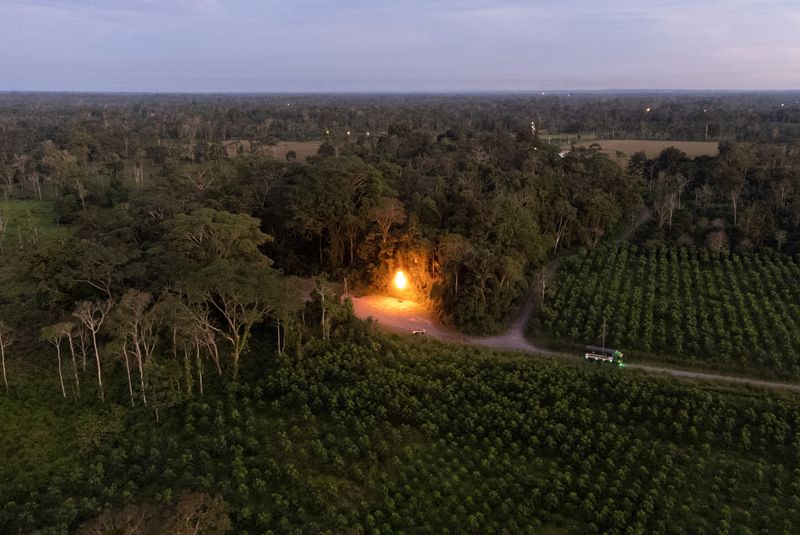 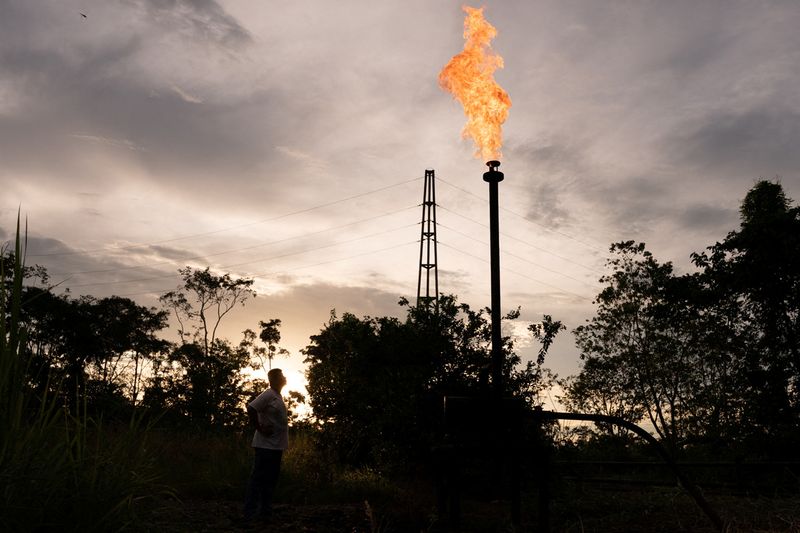