(Reuters) – Kansas City Federal Reserve President Esther George on Friday said she dissented against the U.S. central bank’s three-quarters-of-a-percentage-point interest rate increase this week because she “viewed that move as adding to policy uncertainty simultaneous with the start of balance sheet runoff.”

George was the lone member of the rate-setting Federal Open Market Committee on Wednesday to vote against the 75-basis-point rate hike, preferring that policymakers stick to previously enunciated guidance for a half-percentage-point increase.

George, in a statement released on Friday, said “the speed with which we adjust the policy rate is important. Policy changes affect the economy with a lag, and significant and abrupt changes can be unsettling to households and small businesses as they make necessary adjustments.”

“It also has implications for the yield curve and traditional bank lending models, such as those prevalent among community banks,” she continued.

Her objection to Wednesday’s policy action notwithstanding, George said she shares the FOMC’s “strong commitment to bring down inflation to achieve our mandate for long-run price stability.”

With the rate increase on Wednesday – its third this year and the largest since 1994 – the Fed’s policy rate now stands in a range of 1.50% to 1.75%. Policymakers also this month launched a reduction of a balance sheet that had mushroomed to $9 trillion over the course of the COVID-19 pandemic. 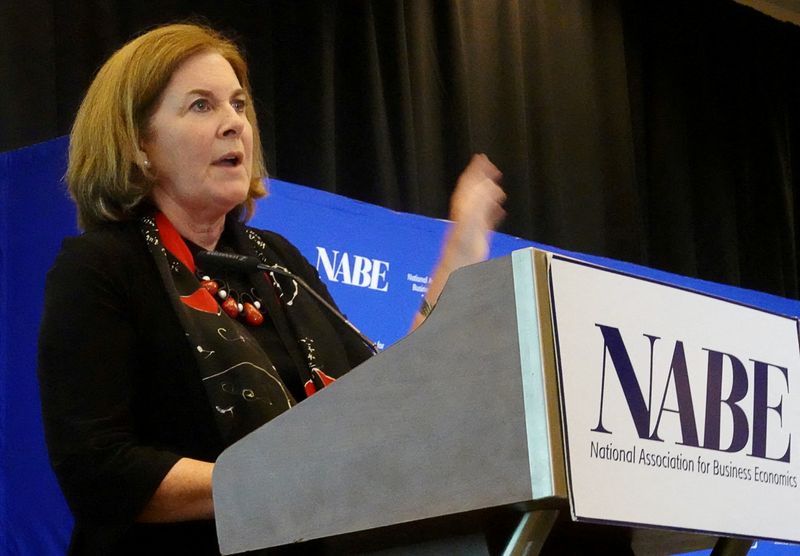