By Tassilo Hummel and Ingrid Melander

PARIS (Reuters) -French President Emmanuel Macron lost control of the National Assembly in legislative elections on Sunday, a major setback that could throw the country into political paralysis unless he is able to negotiate alliances with other parties.

Macron’s centrist Ensemble coalition, which wants to raise the retirement age and further deepen EU integration, was on course to end up with the most seats in Sunday’s election.

But they will be well short of the absolute majority needed to control parliament, near-final results showed.

A broad left-wing alliance was set to be the biggest opposition group, while the far-right scored record-high wins and the conservatives were likely to become kingmakers.

Finance Minister Bruno Le Maire called the outcome a “democratic shock” and added that if other blocs did not cooperate, “this would block our capacity to reform and protect the French.”

A hung parliament will require a degree of power-sharing and compromises among parties not experienced in France in recent decades.

There is no set script in France for how things will now unfold. The last time a newly elected president failed to get an outright majority in parliamentary elections was in 1988.

“The result is a risk for our country in view of the challenges we have to face,” Prime Minister Elisabeth Borne said, while adding that from Monday on, Macron’s camp will work to seek alliances.

“The rout of the presidential party is complete and there is no clear majority in sight,” hard-left veteran Jean-Luc Melenchon told cheering supporters.

Leftwing Liberation called the result “a slap” for Macron, and economic daily Les Echos “an earthquake.”

United behind Melenchon, leftwing parties were seen on course to triple their score from the last legislative election in 2017.

In another significant change for French politics, far-right leader Marine Le Pen’s National Rally party could score a ten-fold increase in MPs with as many as 90-95 seats, initial projections showed. That would be the party’s biggest-ever representation in the assembly.

Macron became in April the first French president in two decades to win a second term, as voters rallied to keep the far-right out of power.

But, seen as out of touch by many voters, he presides over a deeply disenchanted and divided country where support for populist parties on the right and left has surged.

His ability to pursue further reform of the euro zone’s second-biggest economy hinges on winning support for his policies from moderates outside his alliance on both the right and left.

Macron and his allies must now decide whether to seek an alliance with the conservative Les Republicains, who came fourth, or run a minority government that will have to negotiate bills with other parties on a case-by-case basis.

Les Republicains’ platform is more compatible with Ensemble than other parties. The two together have a chance at an absolute majority in final results, which requires at least 289 seats in the lower house.

Christian Jacob, the head of Les Republicains, said his party will remain in the opposition but be “constructive”, suggesting case-by-case deals rather than a coalition pact.

Macron had appealed for a strong mandate during a bitter campaign held against the backdrop of a war on Europe’s eastern fringe that has tightened food and energy supplies and sent inflation soaring, eroding household budgets. 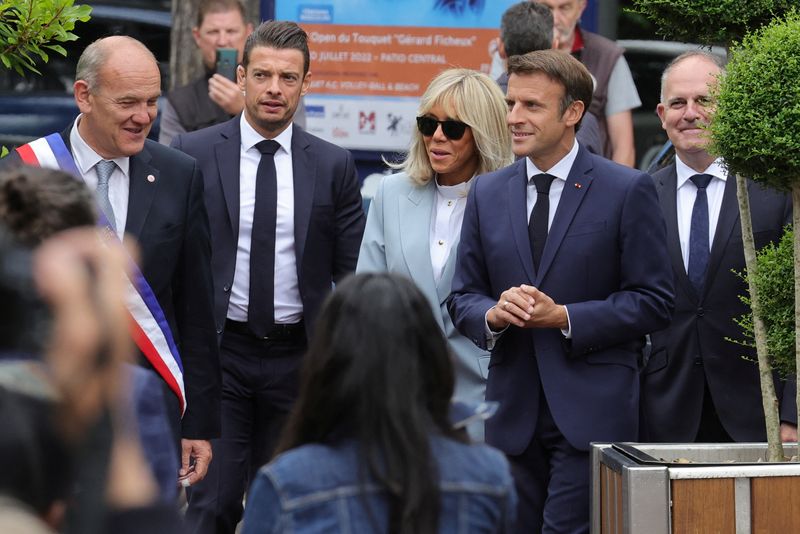 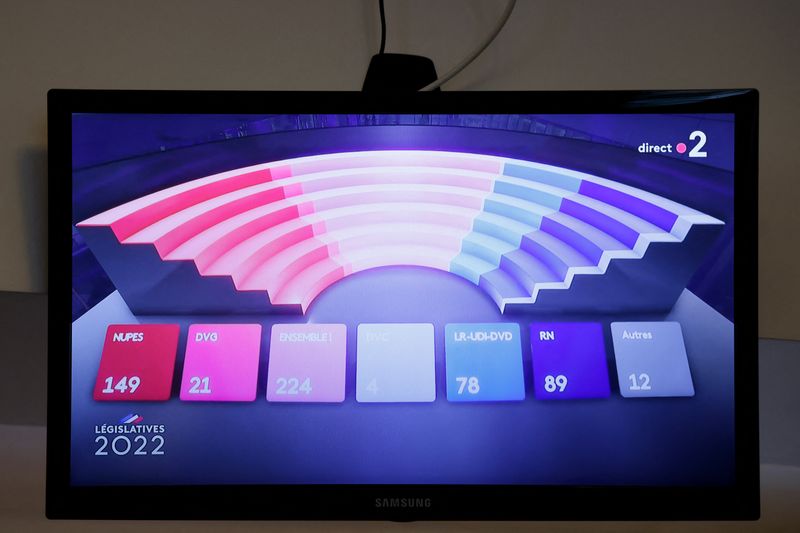 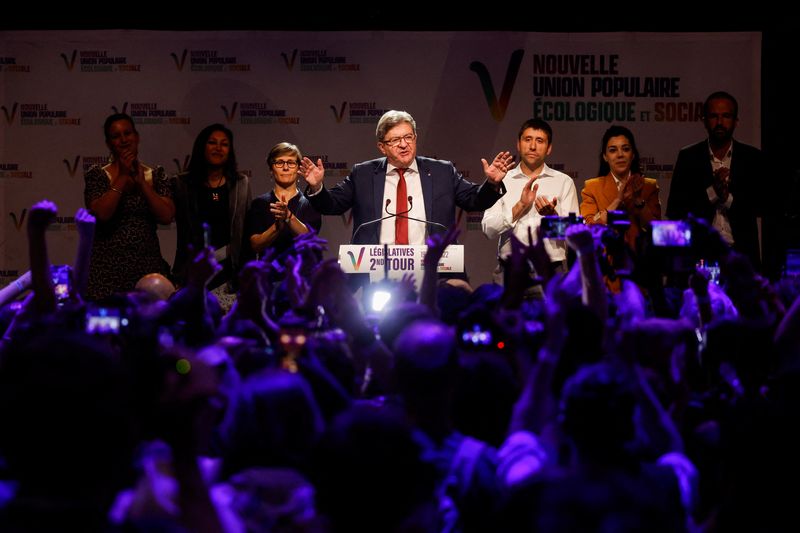 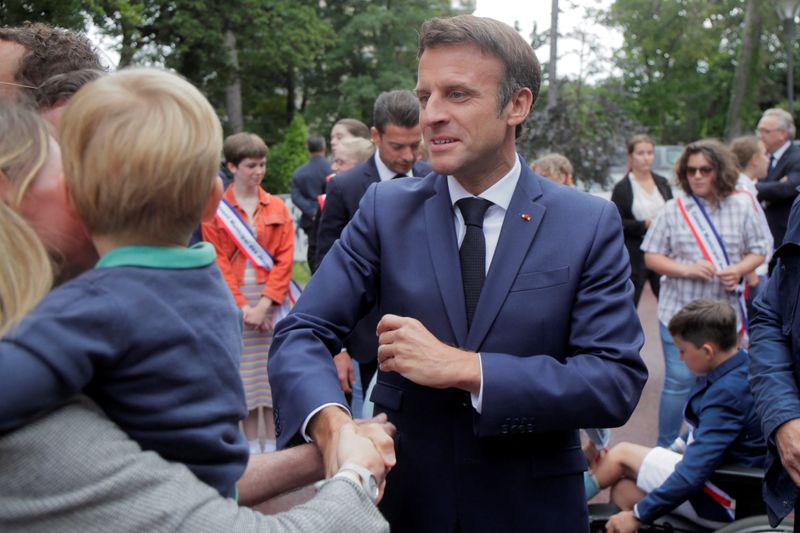 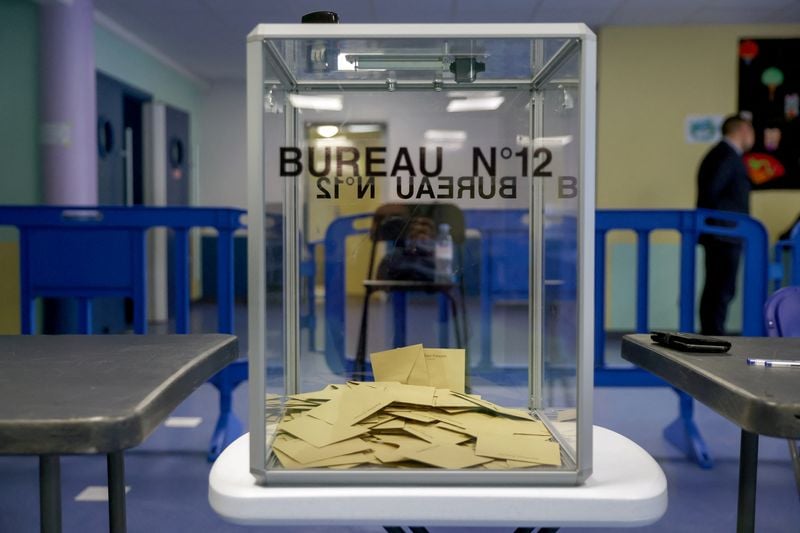 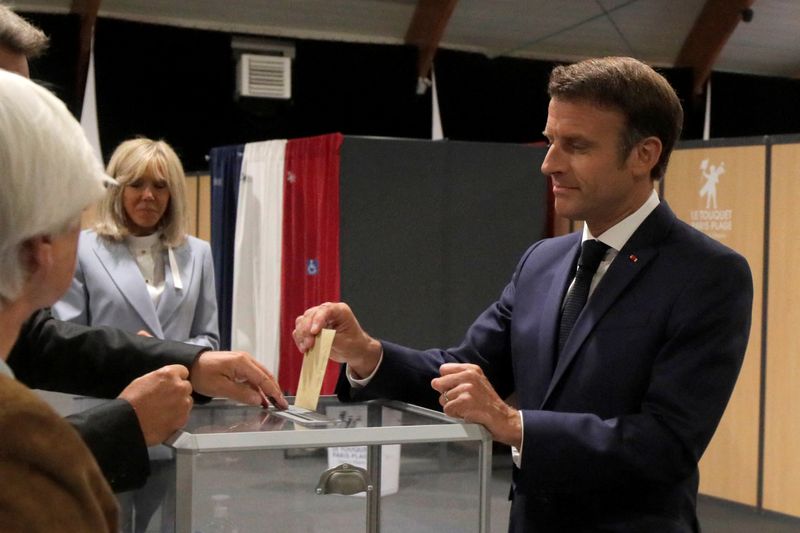