(Corrects spelling of Sievierodonetsk in paragraphs 3, 7, 9, 12)

By Natalia Zinets and Max Hunder

KYIV (Reuters) -Russia said on Sunday it seized a village near Ukraine’s industrial city of Sievierodonetsk, a prime target in Moscow’s campaign to control the country’s east, as the head of NATO predicted the war could last for years.

Russia’s defence ministry said it had won Metyolkine, a settlement of fewer than 800 people before the war began. Russian state news agency TASS reported that many Ukrainian fighters had surrendered there.

Ukraine’s military said Russia had “partial success” in the area, which is about six kilometers (four miles) southeast of Sievierodonetsk.

After failing to take the capital Kyiv early in the war, Russian forces have focused on trying to take complete control of the Donbas, parts of which were already held by Russian-backed separatists before the Feb. 24 invasion.

“We must prepare for the fact that it could take years. We must not let up in supporting Ukraine,” Stoltenberg was quoted as saying.

Russia said on Sunday its offensive to win Sievierodonetsk itself was proceeding successfully.

Luhansk Governor Serhiy Gaidai told Ukrainian TV that fighting made evacuations from the city impossible, but that “all Russian claims that they control the town are a lie. They control the main part of the town, but not the whole town.”

Among the communities around Sievierodonestk, Gaidai told Ukraine TV that a Russian attack on Toshkivka, 35 km (20 miles) south, “had a degree of success.”

Reuters could not independently confirm the battlefield accounts.

Britain’s Ministry of Defence said on Sunday that both Russia and Ukraine have continued heavy bombardment around Sievierodonetsk “with little change to the front line.”

Analysts at the Institute for the Study of War, a Washington-based think tank, wrote in a note that “Russian forces will likely be able to seize Sievierodonetsk in the coming weeks, but at the cost of concentrating most of their available forces in this small area.”

The British military assessment said morale for Ukrainian and Russian combat units in the Donbas was likely “variable.”

In Sievierodonetsk’s twin city of Lysychansk, residential buildings and private houses had been destroyed by Russian shelling, Gaidai said. “People are dying on the streets and in bomb shelters,” he added.

He later said 19 people had been evacuated on Sunday. “We are managing to bring in humanitarian aid and evacuate people as best we can,” Gaidai said.

Russian forces were trying to approach Kharkiv, which experienced intense shelling earlier in the war, and turn it into a “frontline city”, a Ukrainian interior ministry official said.

In southern Ukraine, Western weaponry had helped Ukrainian forces advance 10 km (6 miles) towards Russian-occupied Melitopol, its mayor said in a video posted on Telegram from outside the city.

Russia has said it launched what it calls a “special military operation” to disarm its neighbour and protect Russian speakers there from dangerous nationalists. Kyiv and its allies dismissed that as a baseless pretext for a war of aggression.

Ukrainian President Volodymyr Zelenskiy, who has rallied citizens with daily filmed messages, said he had visited forces in the southern Mykolaiv region, about 550 km (340 miles) south of Kyiv.

“Their mood is assured: they all do not doubt our victory,” he said in a video on Sunday that appeared to have been recorded on a moving train. “We will not give the south to anyone, and all that is ours we will take back.”

In Mykolaiv and Odesa regions, Zelenskiy said he had heard reports on destruction from Russian strikes.

“The losses are significant. Many houses have been destroyed; civilian logistics have been disrupted,” he said.

Germany on Sunday announced measures that would prepare it for an end to Russian natural gas deliveries. The country, which is seeking to phase out Russian energy imports and worries Moscow could stop deliveries before it is ready, is increasing gas storage inventories and plans for coal-fired power plants to produce more. 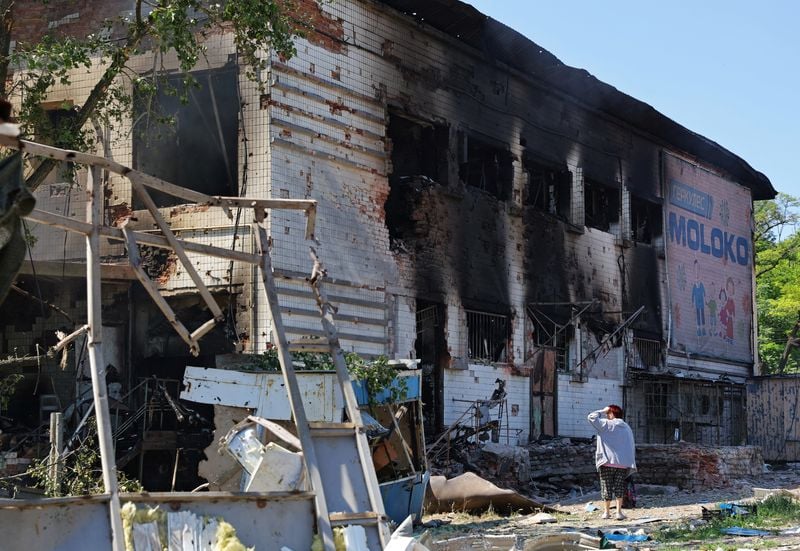 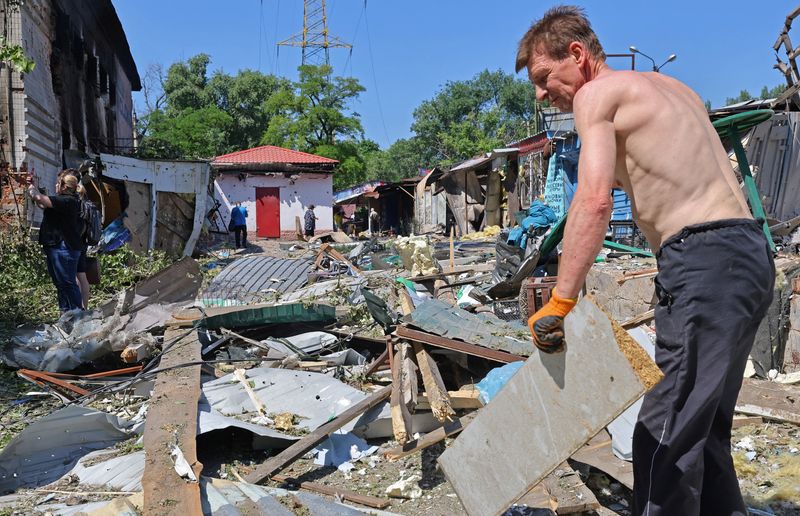 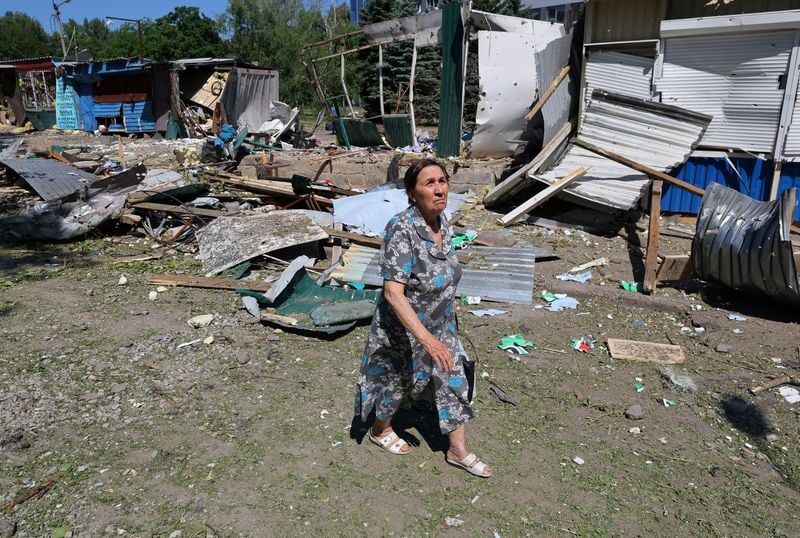 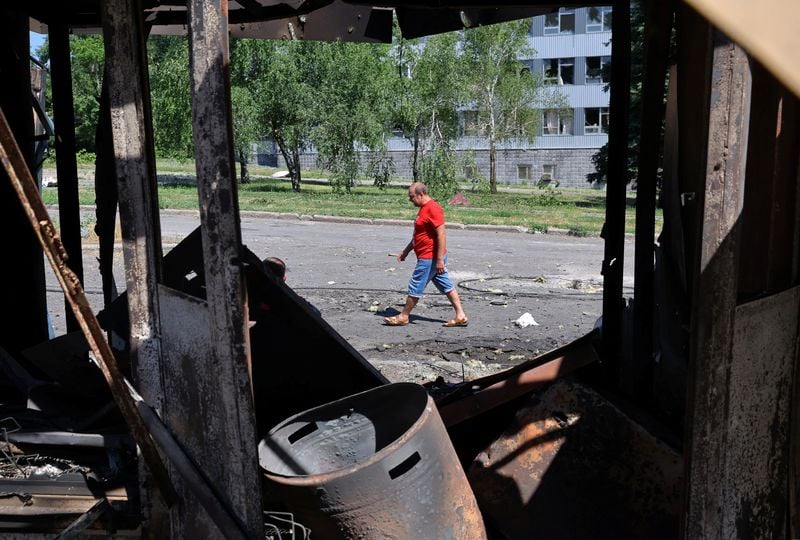 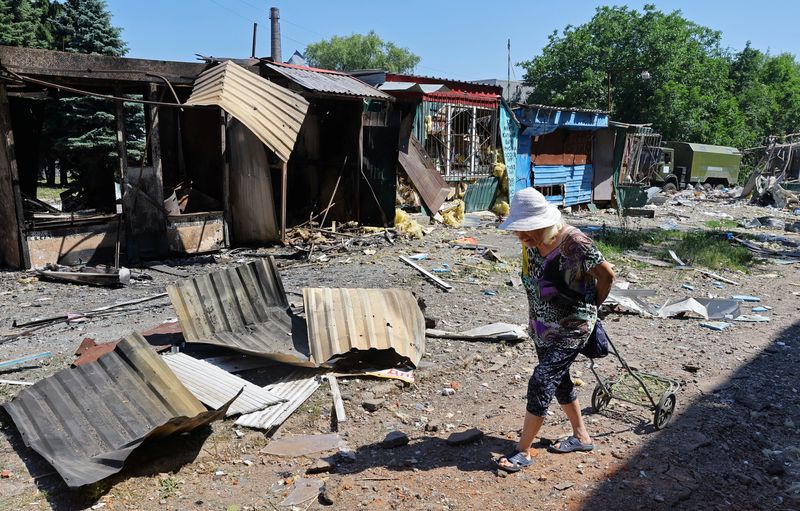 30 year-Old Shot To Death Inside Car In Eastern Baltimore