BEIJING – High-end home appliances and camping gear were among Chinese shoppers’ most sought after buys during the “618” shopping festival, according to e-commerce platforms, in a sign of how China’s COVID-19 curbs are driving lifestyle changes.

The event was the first major shopping festival to take place since several Chinese cities, including Shanghai, were hit by a series of lockdowns to halt the spread of COVID-19.

Consumption in China remains weak as shoppers were confined to their homes in Shanghai and other cities. Retail sales slipped another 6.7% in May from a year earlier, on top of a 11.1% contraction the previous month.

Sales for e-commerce giant JD.com, which first created the event in 2004, grew at their slowest pace ever to hit 379.3 billion yuan ($56.74 billion) in a sign of how recent lockdowns and slowing economic conditions have hurt spending.

Consumption in China remains weak with retail sales in May slipping 6.7% from a year earlier, on top of an 11.1% contraction the previous month.

“Due to the epidemic, some consumers saw their living space become smaller and this led them to spend some thought on adding some ‘sparks’ to their lives,” said JD.com, in a post on its WeChat account on Sunday.

The platforms also reported a surge in sales for camping gear and outdoor equipment, fuelled by the growing popularity of outdoor activities especially among city-dwellers who have had to endure two years of restrictive pandemic curbs.

Camping-related products more than tripled in terms of sales on Tmall during its first round of 618 sales from the evening of May 31 to June 3, Alibaba said, with a new 2022 series of fishing reel by Japanese high-end fishing gear brand Daiwa, priced at more than 5,000 yuan, selling out within seconds. 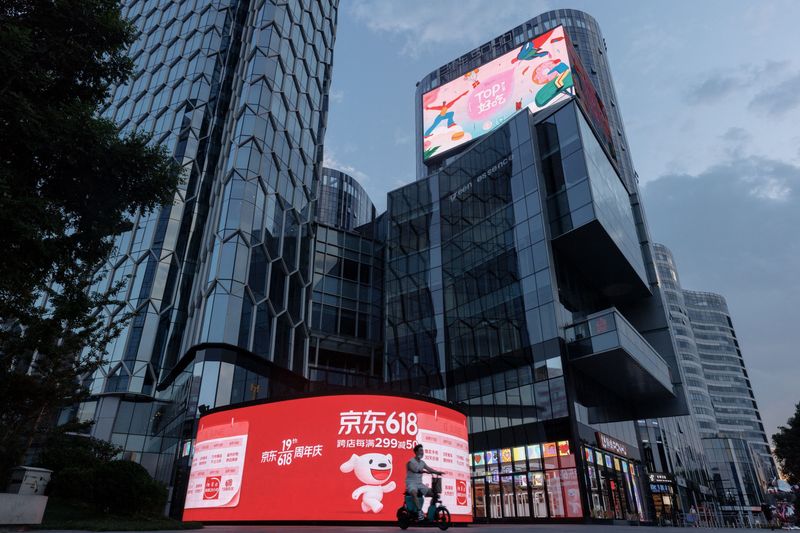