JERUSALEM (Reuters) – As a TV star, Yair Lapid’s weekly commentary was entitled “Being Israeli” – a rhapsody about the middle-class, politically centrist ranks that he saw holding together a fractious country, with him as their tribune.

As interim prime minister, the still-chiseled but now gray-haired Lapid, who will welcome U.S. President Joe Biden on his visit to Israel next month, may have to reach out more widely to maintain a stable government.

A decade in public service at the head of the Yesh Atid (“There is a Future”) party which he founded and in which he has never faced a serious challenger, the 58-year-old has built a solid resume of cabinet roles and statecraft.

Now foreign minister, the centre-left Lapid has also held the finance portfolio and sat in the security cabinet – Israel’s decision-making forum on war or peace.

Next week, he will take over from Naftali Bennett as prime minister when lawmakers vote to dissolve parliament and pave the way for the country’s fifth election in three years.

In contrast to Bennett’s impatience with talk of renewing talks on Palestinian statehood, Lapid has described such diplomacy as necessary for Israel’s well-being – but argued that both sides are too domestically hamstrung to pursue them.

On Israel’s arch-foe Iran, the two have been in lockstep and Lapid is not expected to change course.

Despite not graduating from high school, Lapid became a successful writer and made no secret of self-teaching with each new government role.

During an earlier stint in Hollywood working for Israeli-U.S. mogul Arnon Milchan, Lapid gained a regard for American power-projection and expectations of a Middle East ally.

In 2005, he wrote a popular TV series, “War Room”, whose dialogue and camerawork drew directly from “The West Wing” but whose premise was an Israeli fantasy: a secret unit of elite spies and military officers who handled national crises as professionals, rather than politicians.

But Lapid learned how to horse-trade.

After an unhappy alliance with Benjamin Netanyahu, he teamed up with Bennett to topple the veteran premier a year ago at the head of an unprecedentedly diverse coalition of nationalist, liberal and Arab parties.

That entailed spurning ultra-Orthodox Jewish factions who found themselves in the opposition and whose leaders have long scorned Lapid as “Yaheer” – Hebrew for “arrogant” and a pun on his first name.

Lapid rather inherited that mantle.

His late father, Yosef “Tommy” Lapid, was a Holocaust survivor turned secular politician who delighted in antagonising rabbis. But while invoking the elder Lapid’s memory of the Nazi genocide when advocating for a tough stand against Israel’s enemies, Yair has been slower to seek intra-Jewish quarrels.

“What has happened in the past few days, what has happened here tonight, is further proof that the Israeli system is in need of serious change and major repairs,” he said, standing alongside Bennett at a handover ceremony on Monday.

“What we need to do today is go back to the concept of Israeli unity. Not to let dark forces tear us apart from within.” 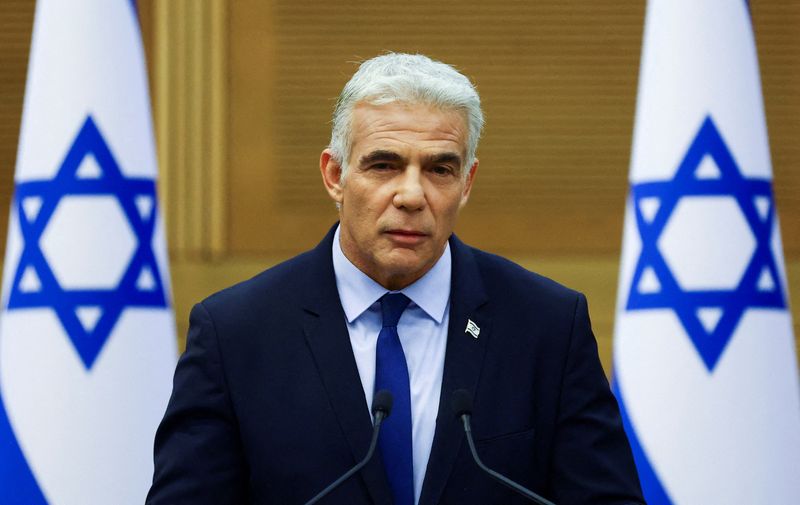