ATLANTA (Reuters) -With street parties, the trumpets and drums of marching bands, speeches and a few political rallies, people across the United States marked Juneteenth this weekend, a jubilee commemorating the end of the legal enslavement of Black Americans.

“This is America’s holiday, not just African Americans’ holiday,” said Gerald Griggs, the Georgia state president of the NAACP civil rights organization. “It’s the true Independence Day, the day when all Americans were free.”

Juneteenth, or June 19th, marks the day in 1865 when a Union general informed a group of enslaved people in Texas that they were free. President Abraham Lincoln’s Emancipation Proclamation became effective in 1863, during the Civil War, but could not be implemented until Union troops wrested areas from Confederate control.

In 2021, President Joe Biden made Juneteenth a federally recognized holiday, and most states and many companies give it recognition and hold celebrations.

In a proclamation on Friday, Biden remarked on the 10 people slain in a racist mass shooting in Buffalo, New York, on May 14.

“We must stand together against white supremacy and show that bigotry and hate have no safe harbor in America,” the proclamation said.

On Sunday in Danbury, Connecticut, reveler and festival organizer Jacqueline Elam, said that making Juneteenth a federal holiday has elevated awareness of an important historical marker that for years has been celebrated via cookouts, parades, and other social events.

“It is very important that this event is recognized not only as Black History… It is part of American history,” Elam told Reuters, as a performer sang the Spinners’ hit song, “I’ll Be Around,” to the crowd.

Griggs said Juneteenth is a somber moment to reflect on the need for reforms on voting rights, prisons and law enforcement seen by many Black Americans as discriminatory.

But he also urged all Americans to “go have fun, enjoy the party.”

Atlanta began with a festival in the heart of the city on Friday and parades beginning at the historic Ebenezer Baptist Church where Civil Rights leader Martin Luther King Jr. preached.

Caroline Ware, 64, a homemaker, was wading through the crowds and colorful tents and bandstands in Atlanta to reach a food truck for a jerk chicken and curry snack.

“I’ll be honest, this is great fun, but I worry the young people don’t think enough about what it means,” Ware said. “I lived here through the Civil Rights movement, heard the Rev. King here. He’d say we have more work in front of us.” 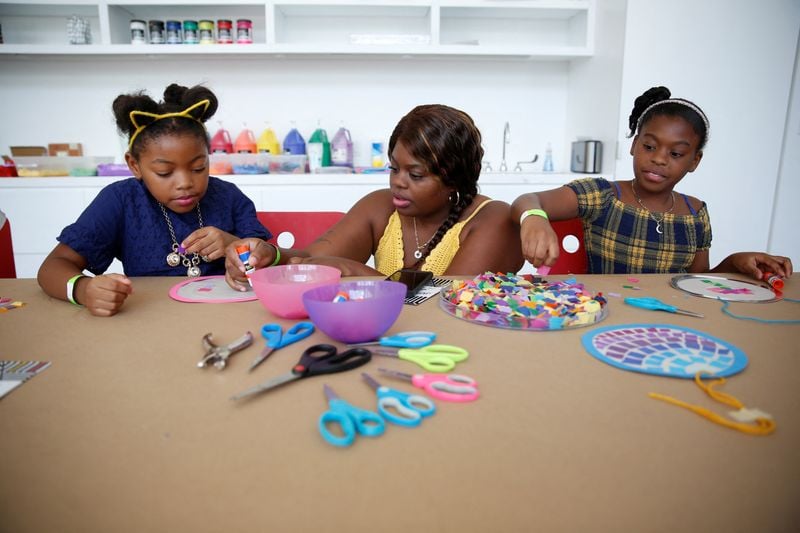 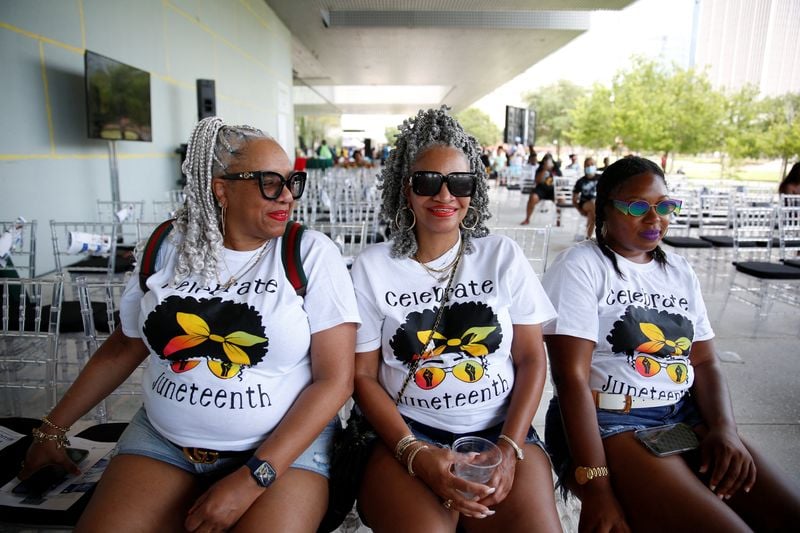 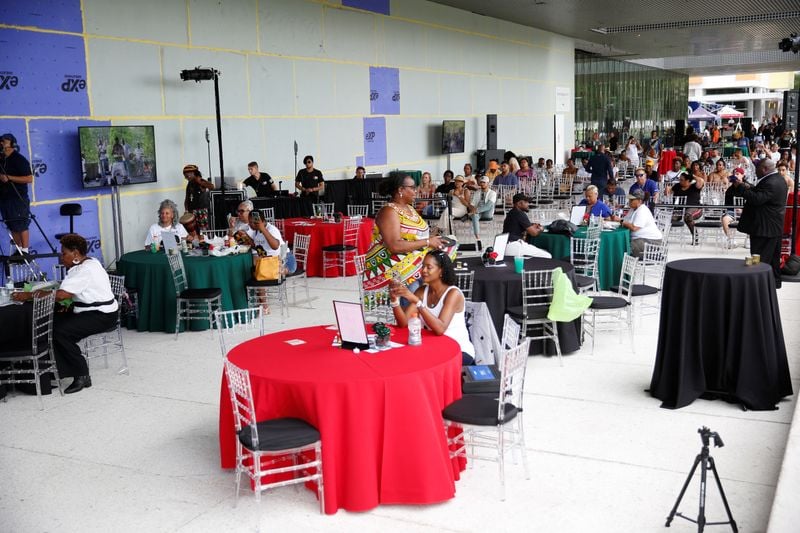 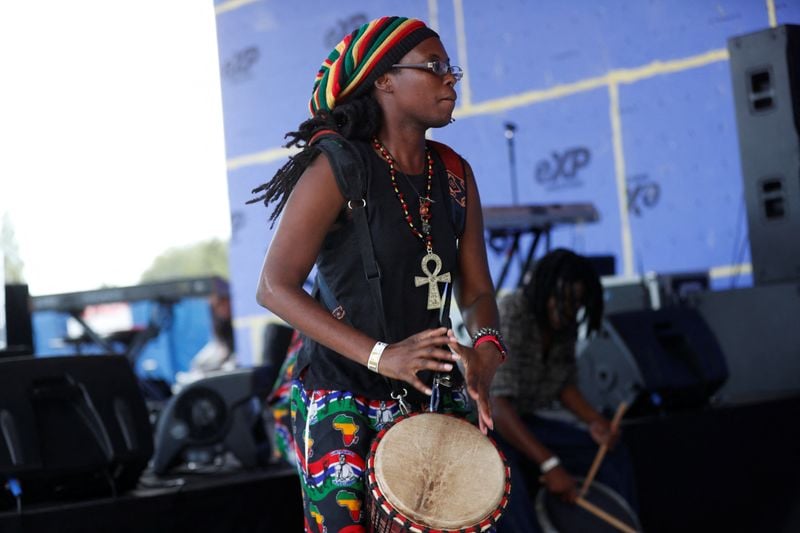 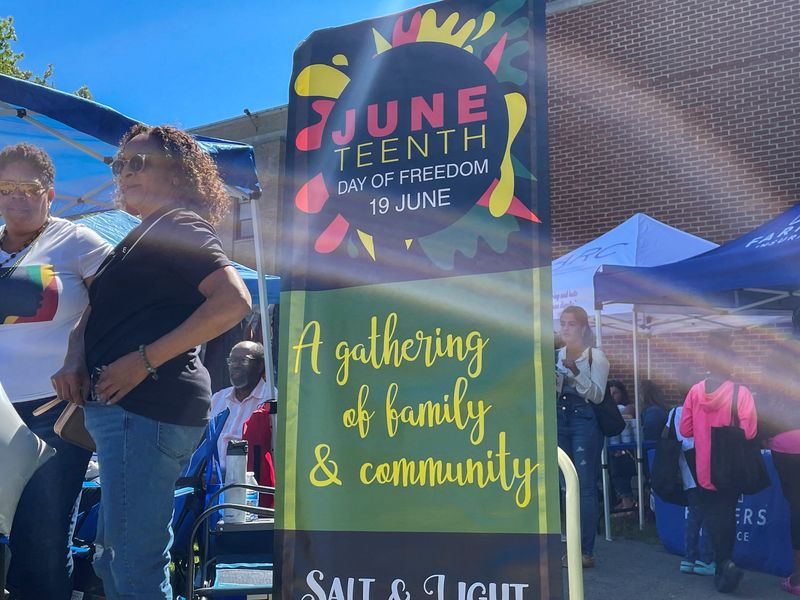 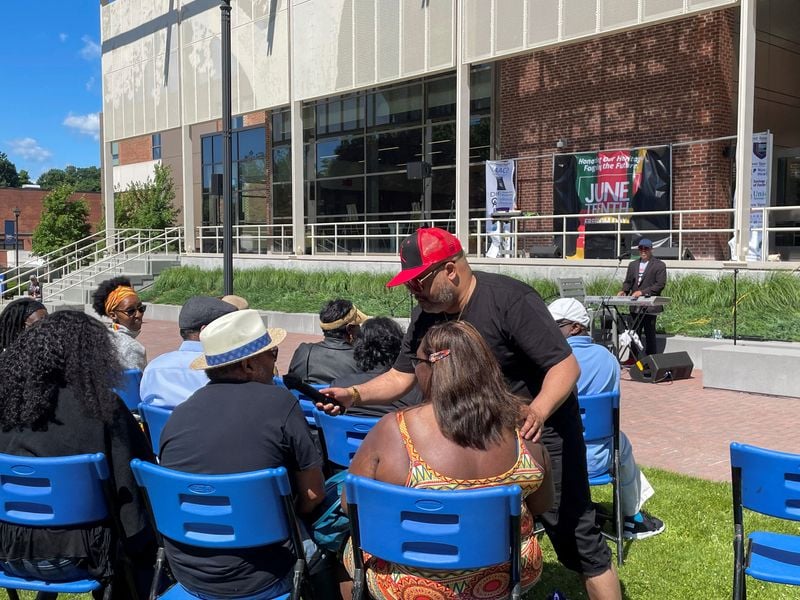