U.S. Treasury Secretary Janet Yellen, who is visiting the Rosebud Sioux Tribe in South Dakota on Tuesday, also announced the creation of a new Treasury Office of Tribal and Native Affairs, which will report to the treasurer and administer tribal relations.

Malerba’s appointment by Biden also will allow Yellen’s signature to be added to the U.S. currency, as this was prohibited without a U.S. treasurer in place. Dollar notes have been printed since Yellen took office last year with former Treasury secretary Steven Mnuchin’s signature on them.

The appointment helps reduce a long list of unfilled and unconfirmed senior positions at the Treasury.

The treasurer position has been vacant since January 2020, when Jovita Carranza left to become Small Business Administrator in the Trump administration. The U.S. Treasurer directly oversees the U.S. Mint, the Bureau of Printing and Engraving, storage of about $270 billion worth of gold at Fort Knox and is a key liaison with the Federal Reserve.

Malerba’s appointment to the position no longer needs confirmation by the U.S. Senate.

“With this announcement, we are making an even deeper commitment to Indian Country,” Yellen said in prepared remarks to be delivered at the Rosebud Sioux reservation. “Chief Malerba will expand our unique relationship with Tribal nations, continuing our joint efforts to support the development of Tribal economies and economic opportunities for Tribal citizens.”

Malerba, who had a lengthy career as a registered nurse, has been chief of the Connecticut-based Mohegan tribe since 2010 and previously chaired its tribal council and served as its executive director of Health and Human Services, according to the Mohegan website https://www.mohegan.nsn.us/explore/heritage/our-ceremonial-leaders/chief.

The Treasury said Malerba joined Yellen at the Rosebud Sioux reservation on Tuesday, where Yellen discussed the impact of some $30 billion in federal COVID-19 aid to tribal governments.

Yellen’s visit to the Rosebud Sioux reservation marks the first time that a Treasury secretary has visited a tribal nation – department officials said they could find no record of a prior visit.

Yellen toured programs at Rosebud that are using nearly $200 million in funds from last year’s American Rescue Plan, including a manufactured home factory aimed at easing a severe housing shortage among the 35,000-member tribe.

Yellen and Malerba said the new tribal affairs office at the Treasury aimed to reduce chronic tax and financing inequities that tribes face that keep them from attracting investment.

The Treasury on Tuesday also announced that it has approved the tribe’s plan to use more than $160,000 to upgrade its broadband internet infrastructure under a $10 billion broadband fund for state, local and tribal governments. 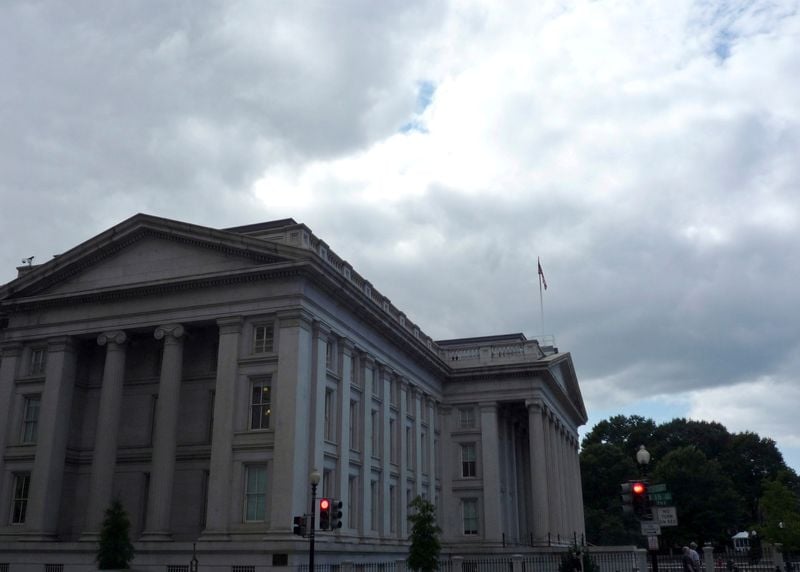