By David Milliken and Andy Bruce

LONDON – The Bank of England’s monetary policy must focus on its main goal of controlling inflation, rather than trying too hard to stabilise the exchange rate or economic activity, its chief economist Huw Pill said on Tuesday.

According to her analysis, a more activist approach to raising and lowering interest rates would keep inflation closer to target over the medium term by dampening swings in sterling driven by rapid interest rate rises in the United States.

Pill said the BoE needed to pay attention to what was going on in currency markets and at other central banks, but should be realistic about what it could achieve.

“Monetary policy is a blunt instrument,” Pill told the Institute of Chartered Accountants in England and Wales.

While Mann was part of a minority on the MPC last week who voted for a half-point rate rise – something the BoE last implemented in 1995 – Pill voted for a quarter-point move and has previously called for a “steady-handed” approach to rate rises.

The BoE has raised rates five times since December when it became the first major central bank to starting increasing rates after the COVID-19 pandemic, and rates now stand at 1.25%.

More rate rises were likely to be needed in the coming months, Pill said, as inflation headed towards 11%.

“We will do what we need to do to get inflation back to target. And at least in my view, that will require further tightening of monetary policy over the coming months,” Pill said. 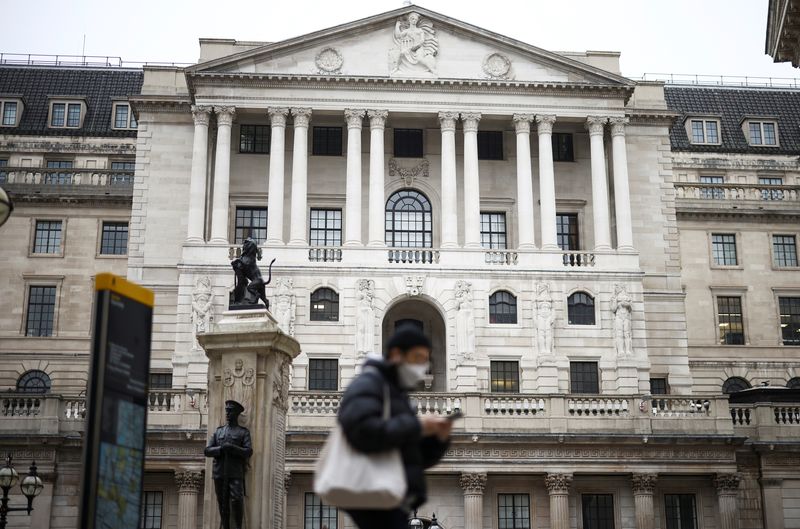