The election in a district along the U.S.-Mexico border was a rematch between Cuellar, a moderate who has held the seat since 2005, and Cisneros, a 29-year-old attorney who failed to unseat him in 2020 but forced him to a runoff following this year’s March primary.

Cuellar edged Cisneros by a scant 289 votes out of more than 45,000 cast, or 0.6%, according to unofficial results from an electronic recount in nine counties.

The race took on new urgency after a leaked draft opinion indicated the Supreme Court could overturn a 1973 ruling that legalized abortion nationwide.

Cuellar, 66, is the lone House Democrat to vote against abortion rights. Pro-choice groups spent at least $160,000 to bolster Cisneros’ campaign, and financial disclosures on May 12 showed Cisneros out-raised Cuellar by almost $1.4 million and had around $400,000 more cash on hand than Cuellar.

Cuellar largely sidestepped the issue of abortion altogether, instead centering his campaign on public safety and jobs. He said Cisneros would hurt the local economy by cutting law enforcement funding in a district where many voters work for border patrol agencies.

Voters rewarded him with the narrow win, even though Cisneros benefited from increased name recognition and an FBI investigation that saw raids on Cuellar’s home and office earlier this year.

In a Twitter post, Cisneros conceded the race, saying she will “keep fighting for a more progressive and accountable Democratic Party and work to turn Texas blue in November.”

Cuellar is favored against Republican Cassy Garcia in November’s midterm election, although Republicans have shown increasing strength in south Texas in recent years. 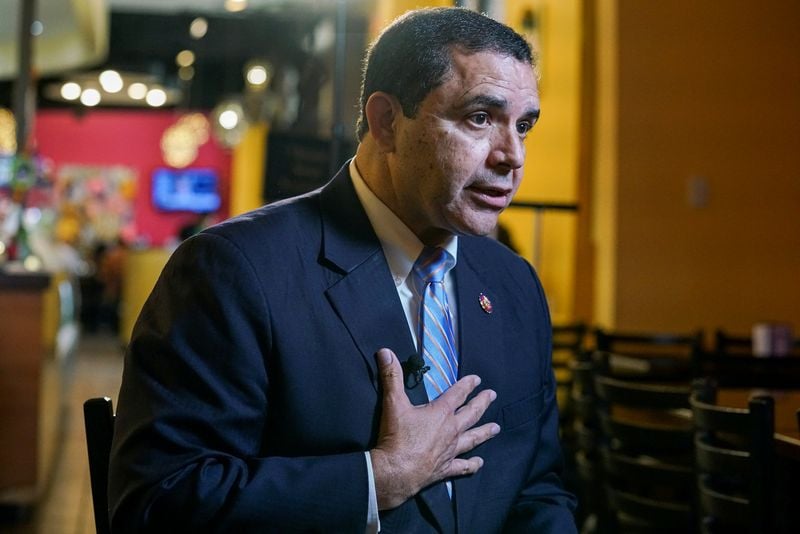