Kishida said the recent sharp falls in the yen were worrying but monetary policy and exchange rates must be dealt with separately, while fiscal policy should take the principle role in addressing the impact of rising prices.

“Under the current circumstances, the status quo on monetary policy must be maintained, although specific policy tools are up to the BOJ to decide,” Kishida said in a debate among the leaders of Japan’s political parties, ahead of a July 10 upper house election.

“The Ministry of Finance, the Financial Services Agency and the Bank of Japan have confirmed the need for responding to currency moves appropriately if necessary. We must closely watch developments.”

The government faces mounting public concern over the rising cost of living, which has been blamed on the weak yen as well as a global surge in commodity prices due to the conflict in Ukraine.

“Some opposition parties are trying to fan public anger over price hikes and the weak yen, but Kishida likely wanted to separate himself from his opponents by backing the monetary policy status quo,” said Koya Miyamae, senior economist at SMBC Nikko Securities.

Some opposition politicians have begun referring to “Kishida inflation” while news headlines and TV programmes put the spotlight on rising prices, which will likely become a contentious issue in the upcoming election. Kishida’s ruling coalition is expected to win comfortably, however, given Kishida’s solid levels of public support and disarray among the opposition.

Yuichiro Tamaki, who leads the small Democratic Party for the People (DPP), urged the BOJ to keep ultra-low rates, arguing that tightening policy was “unthinkable” because it would drive up mortgage rates and borrowing costs. But some opposition parties have called for monetary tightening to counter the weak yen.

The government, for its part, has rolled out a 2.7 trillion yen ($20 billion) extra budget aimed at easing the burden of price increases for households.

Markets are rife with speculation the BOJ might tweak its yield curve control policy and allow bond yields to rise, to prevent the yen from falling further and inflating the cost of fuel and food imports.

But the central bank voted at a regular policy meeting last week to keep its ultra-low rates in place to support the fragile economy.

This has left policymakers with few options for combating the yen’s decline other than verbal warnings.

Finance Minister Shunichi Suzuki said on Tuesday he was concerned about the yen’s recent sharp weakening and would respond to currency market moves if necessary, repeating a previous warning as the yen hovered near a 24-year low beyond 135 yen versus the dollar.

“The government will closely liaise with the Bank of Japan while watching the exchange market and its impact on the economy and prices with an even greater sense of urgency,” Suzuki said. 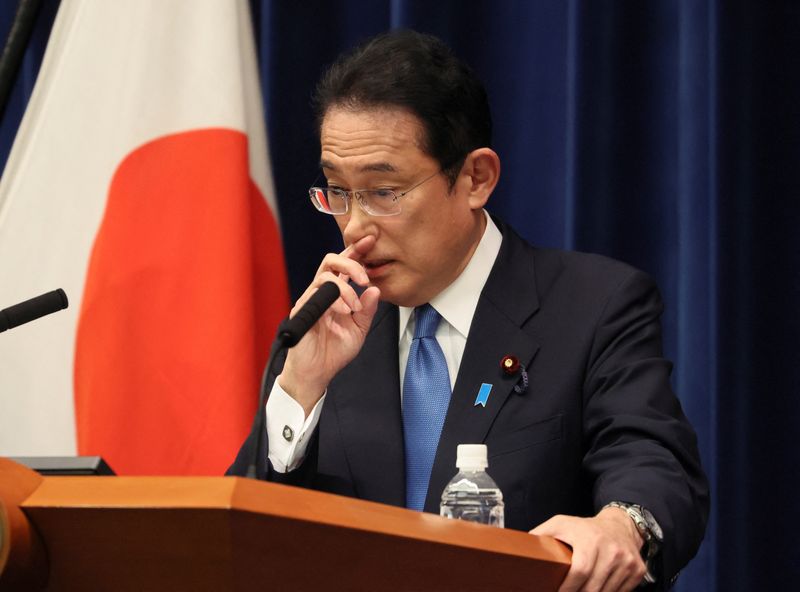