“It’s part of the job description to worry about when the next recession will happen,” Boushey told an event hosted by the Washington Post. “But … right now we remain optimistic that we will not have to see something that will lead to the kinds of scarring of American families that we really don’t want to see.”

Boushey said President Joe Biden’s policies had helped fuel strong job creation and quicker-than-expected drops in unemployment, which were good indicators of the strength of the U.S. economy.

Families had also been able to weather numerous crises over the past year because of the steps taken by the administration to provide cash payments and other support, she said.

The rising inflation seen now was fundamentally related to supply-side shocks from the pandemic, but has been exacerbated by Russia’s war in Ukraine, Boushey said.

Asked about Biden’s recent comment that a recession was not inevitable, Boushey said she agreed, adding strong family balance sheets, the low unemployment rate and the economy’s ability to weather the COVID-19 pandemic and other “storms,” without elaborating on specific data.

“That gives us some confidence that should oil prices continue to be high or maybe go up, which would be horrible, … there’s enough of wiggle room that businesses and families will be able to make it through because they have resources to fall back on,” she said.

To address inflation, Biden was looking at a temporary lifting of the federal gasoline tax, as well potential cuts in tariffs on Chinese imports, but there were questions about how much of either of those cost breaks would be passed through to consumers.

U.S. household debt rose to a record $15.84 trillion in the first quarter, according to a New York Fed May report, which also showed that U.S. households were in strong economic health, with delinquency “very low by historic standards.” 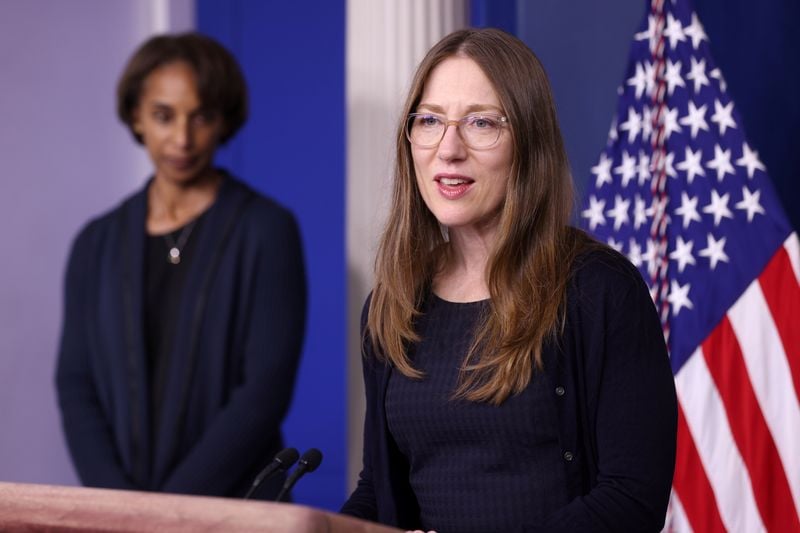