QUITO (Reuters) -Ecuadorean protesters who have held more than a week of marches and road blockades over President Guillermo Lasso’s economic policies, will not meet the government until it withdraws security forces from some areas of the capital, an indigenous leader said Tuesday.

Thousands of demonstrators have marched in Quito over the last week to demand concessions from Lasso, including a fuel price cut, a halt to the expansion of oil production and mining, more time for farmers to pay debt and budget increases for healthcare.

The government has responded to the demands but indigenous leaders could not meet to weigh them because of a security force presence in a park where many groups are gathered, Leonidas Iza, leader of the indigenous group CONAIE, said on social media.

“Our conditions suppose a willingness by the national government to reduce repressive actions, overturn the state of exception and demilitarize Arbolito Park,” Iza said, referring to special measures which Lasso extended to six provinces on Monday, from a previous three.

Two people have died during demonstrations, Iza said, while nearly 100 have been injured. Seventy-nine have been arrested, according to indigenous tallies.

Security forces and protesters clashed in the capital on Tuesday afternoon, with some demonstrators throwing sticks. Security forces responded by firing tear gas and non-lethal projectiles, according to a Reuters witness.

The attorney general’s office said in a statement its main office had been attacked, though it did not specify by whom.

Protests first erupted last October after Lasso, a conservative former banker, froze prices for the most-used gasoline and diesel at higher rates than before he took office. The situation calmed after the government opened talks but indigenous leaders say it is not listening to their concerns.

Protesters in the largest city Guayaquil have told Reuters they are being hit by high prices for food and other basic items.

Residents of the capital awoke to find some roads closed and parts of public transport shuttered. Major highways into Quito have been blocked since protests began a week ago and the city’s airport said some flights were being affected.

The armed forces said early on Tuesday said they would not allow the protests to damage the country’s democracy.

“The armed forces will not allow constitutional order to be broken or any action against democracy and the laws of the republic,” Defense Minister Luis Lara, accompanied by military commanders, told journalists.

Fuel subsidies cost the government some $2.8 billion a year.

The protests have prevented some 189,000 barrels of crude from being produced, the energy ministry said in a statement, extending a force majeure declaration by state-run oil Petroecuador to include private operators. 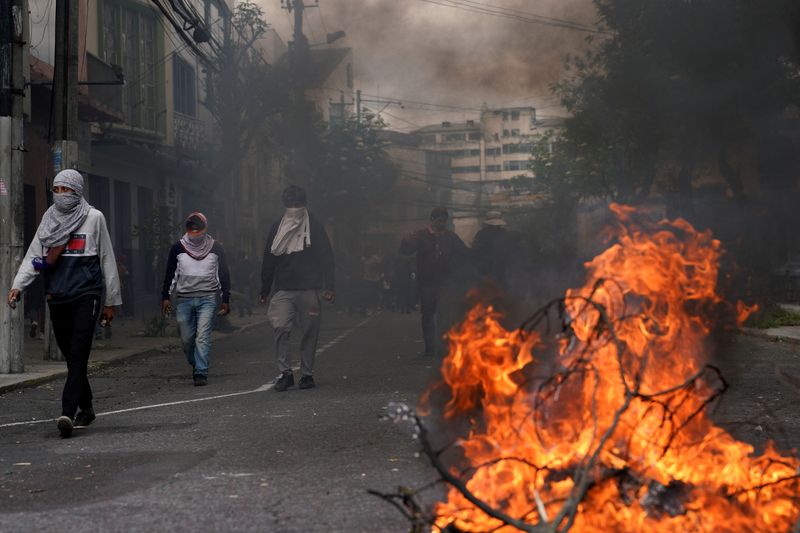 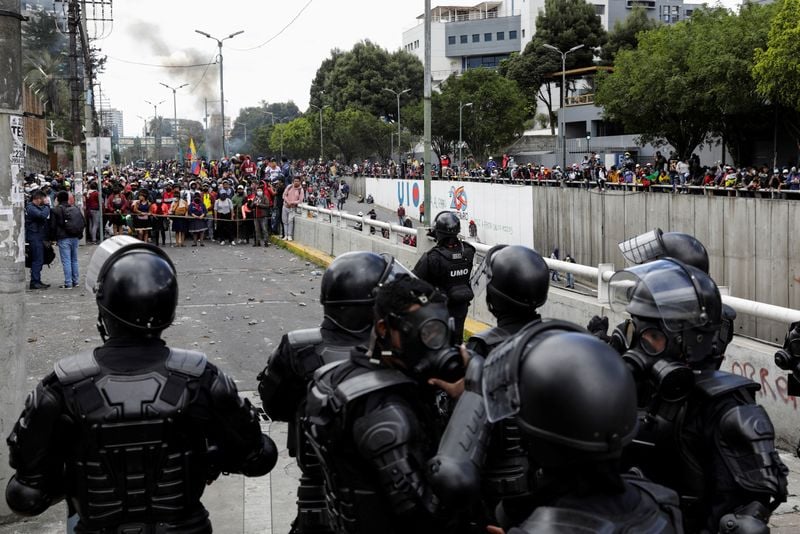 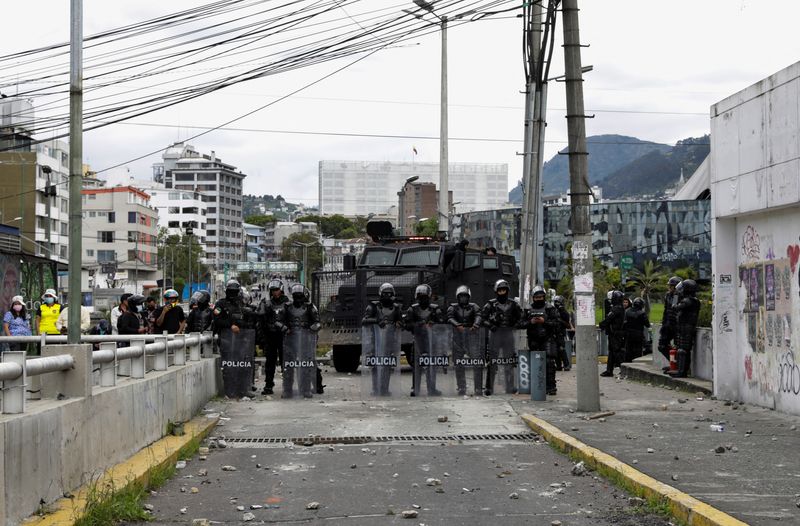 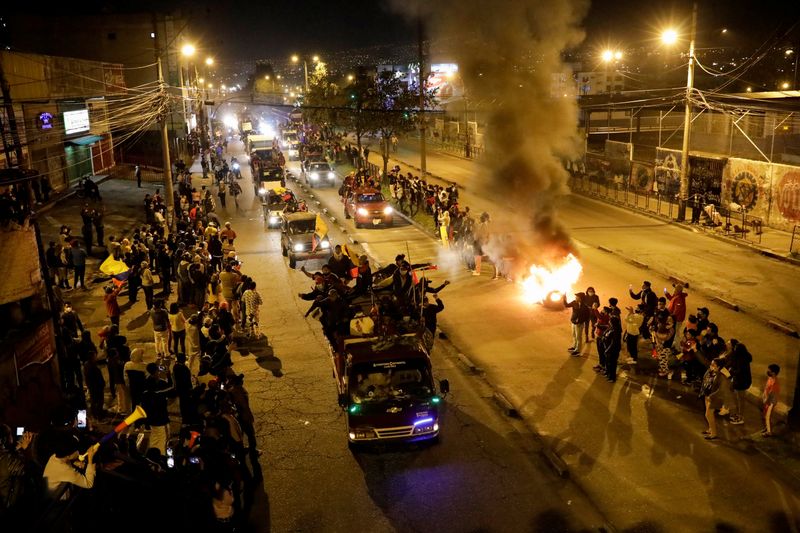 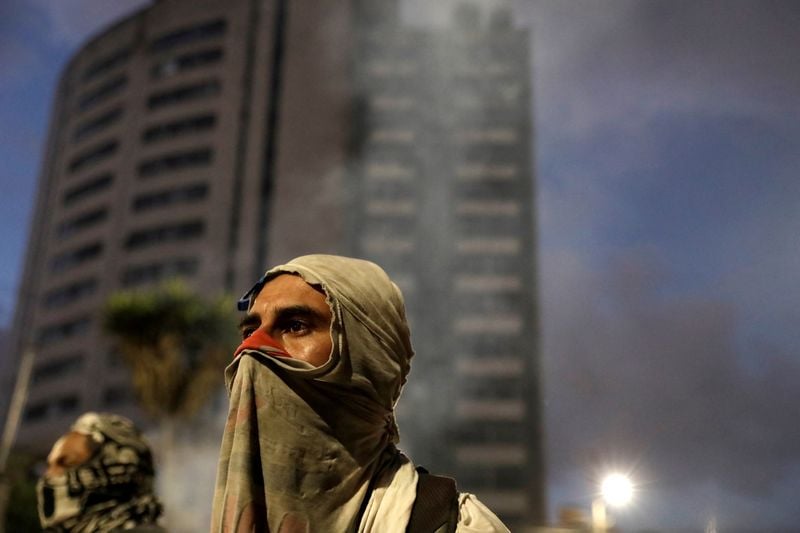