WASHINGTON (Reuters) -U.S. Vice President Kamala Harris met a group of seven Democratic attorneys general on Thursday to discuss the defense to a major ruling that could dramatically curtail abortion rights in the country.

The conservative-majority U.S. Supreme Court is expected to issue a decision in the coming days to overturn Roe v. Wade, which guaranteed the right to an abortion – a ruling that will potentially pave the way to about half of the 50 U.S. states banning or heavily restricting the procedure.

“We will start preliminary discussions about how state attorneys general have power, may have the power at the very least to issue guidance to ensure that people of their state know their rights, that they have the power to assess and potentially challenge the constitutionality of laws that are being passed in their state,” Harris said.

She said for those attorneys general that have the jurisdiction around criminal prosecution in their states, their discussion will focus on how they can direct enforcement resources in a way that ensures the safety and well-being of those impacted.

The White House meeting, reported first by Reuters, offers a peek into the preparations underway before the ruling comes out and ahead of the state-level abortion battles that are widely expected to play out. The meeting was attended by the attorneys general of Wisconsin, Nevada, Illinois, California, Delaware, New York and Washington state.

For example, in Washington state, attorney general Bob Ferguson has called on the state’s medical licensing authorities to publicly state that they will not disqualify health care providers from practicing in the state solely because they have performed abortions in states where it has become illegal.

In Delaware, attorney general Kathleen Jennings sued to block a town from requiring an abortion clinic to hold burials for fetal remains at the patient’s expense.


The Democratic Attorneys General Association (DAGA) is preparing to spend millions to elect candidates who support abortion rights, including in Republican-led states that are likely to ban almost all abortions if Roe is overturned.

In May, a draft opinion indicating the court is set to overturn the landmark 1973 Roe v. Wade ruling was leaked. https://reut.rs/39NTwlQ

As the court gets closer to issuing a final ruling on the case, expected in late June, Harris has leaned into the topic aggressively. She has been among the most outspoken abortion rights voices in the Biden administration – a topic that remains a complicated one for President Biden.

Biden, a lifelong Catholic, was opposed to Roe in the early days of his career and has only later come to embrace abortion rights. He made forceful comments after the draft opinion was revealed but up to that point he had never said the word “abortion” aloud as president.

On Wednesday, Harris convened a meeting with a diverse group of stakeholders on the issue of abortion rights that included patients and health care providers, reproductive rights advocates, faith leaders, constitutional and privacy experts.

“We must be ready to stand as a united front when this decision comes down,” Harris said. “Part of what we will do as a coalition is make clear … how Roe will impact privacy rights across the board.”

(Reporting by Nandita Bose in Washington; editing by Richard Pullin and Aurora Ellis) 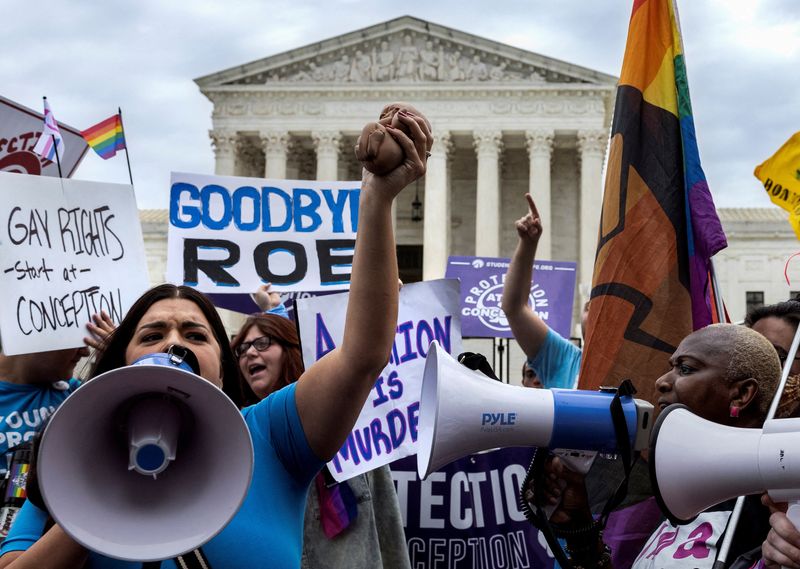 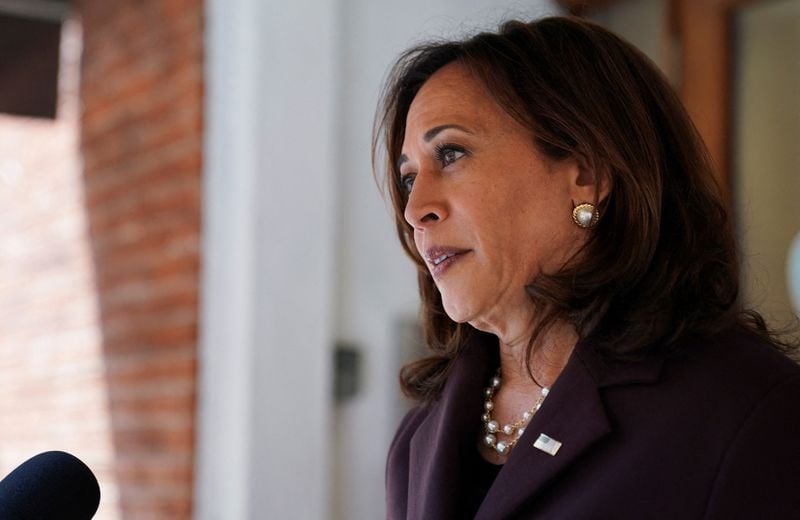