Airlines for America told U.S. Transportation Secretary Pete Buttigieg in a letter that the staffing challenges are disrupting flights even in good weather.

The Jacksonville Air Route Traffic Control Center in Florida had been “understaffed for 27 of the last 30 days, which is crippling to the entire east coast traffic flows,” the group noted.

Travelers are already facing a difficult summer as airlines expect record demand and as they rebuild staff levels after thousands of workers left the industry during the COVID-19 pandemic. As of Friday afternoon https://flightaware.com/live/cancelled, airlines had cancelled 573 flights and delayed more than 2,600, according to FlightAware.

Airlines for America sought a meeting with transportation officials “to discuss how we can work together to better understand FAA’s controller staffing plan for the upcoming July 4th weekend and summer travel season.”

The FAA responded in a statement that “after receiving $54 billion in pandemic relief to help save the airlines from mass layoffs and bankruptcy, the American people deserve to have their expectations met.”

The agency added it “has acted on the issues raised in the letter” including adding alternate routes, placing more controllers in high demand areas, and increasing data sharing.

The FAA said in May it would boost air traffic control staff in Florida.

Last week, Buttigieg called a virtual meeting with the chief executives of major U.S. airlines to discuss thousands of recent flight cancellations and delays over the Memorial Day holiday weekend. He urged airlines to ensure they can reliably operate planned summer schedules.

Airlines for America’s Friday letter, released publicly, said carriers “pulled down 15% of summer (June-August) flights relative to what they had planned for at the outset of 2022.”

The letter said one carrier estimated ATC-related issues “were a factor in at least one-third of recent cancellations.” The group said ATC “staffing challenges have led to traffic restrictions under blue sky conditions.”

The letter also said it was “imperative” to ensure adequate staffing at New York Terminal Radar Approach Control. It urged the FAA “to share its staffing plan with airlines” for the July 4 holiday period and to schedule space launch airspace closures “to avoid high-volume air traffic times.”

On Thursday, USDOT said U.S. consumers lodged more than quadruple the number of complaints against U.S. airlines in April compared with pre-pandemic levels as on-time arrivals fell below 2019 levels. 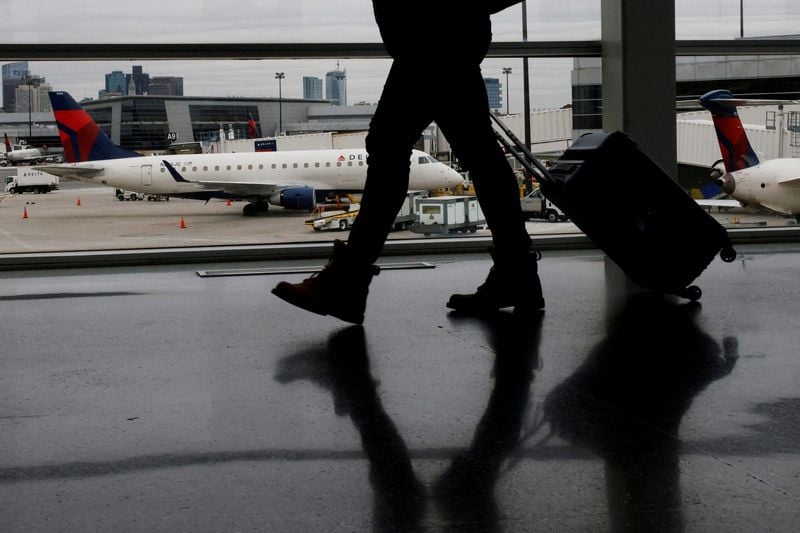