The ruling represented a victory long in the making for a well-organized and generously funded conservative movement to push America’s courts rightward, aided by legal activists and deft political maneuvering by top Senate Republican Mitch McConnell.

Trump during his four years as president appointed three justices – Neil Gorsuch in 2017, Brett Kavanaugh in 2018 and Amy Coney Barrett in 2020 – to give a court that had been ideologically deadlocked with four liberals and four conservatives when he took office a solid 6-3 conservative majority by the time he left.

All three appointees were in the majority in the decision to overturn Roe.

The month before Trump’s election in November 2016, the Republican businessman-turned-politician promised during a debate with his Democratic opponent Hillary Clinton to appoint justices who would overturn the Roe decision.

“Well, if we put another two or perhaps three justices on, that … will happen automatically in my opinion because I am putting pro-life justices on the court,” Trump said at the time.

Trump’s pitch appealed to conservative Christian voters, who became a key constituency during his presidency.

“Today’s decision, which is the biggest WIN for LIFE in a generation, along with other decisions that have been announced recently, were only made possible because I delivered everything as promised, including nominating and getting three highly respected and strong Constitutionalists confirmed to the United States Supreme Court,” Trump said in a statement on Friday. “It was my great honor to do so!”

Having lost in 2020, Trump continues to flirt publicly with the idea of running again for president in 2024.

Critics have sought to paint the Roe decision as poorly reasoned liberal judicial activism. Driven by vocal support from an anti-abortion movement spearheaded by conservative Christians, they pursued the goal of appointing judges hostile to abortion rights.

“The overturning of this case after the five decades of morass that Roe created is a major victory for constitutionalism and the rule of law,” said Carrie Severino, president of the Judicial Crisis Network, a conservative legal group that has helped promote Republican judicial appointments.

“Roe v. Wade was one of the greatest acts of judicial arrogance in Supreme Court history – and one of the catalysts for the birth and growth of the conservative legal movement,” Severino added.

“Three justices named by one president, Donald Trump, were the core of today’s decision to upend the scales of justice and eliminate a fundamental right for women in this country,” Biden said.

“Now the question is, will our side regroup and productively channel the public’s outrage to confront a court that has been captured?” Fallon asked.

The Supreme Court for decades had a majority of Republican appointees but until now lacked the five votes needed to overturn Roe. The last time it had been so close was in 1992 in a case called Planned Parenthood of Southeastern Pennsylvania v. Casey.

Conservative activists were disappointed by the 5-4 ruling that reaffirmed the central holding of Roe recognizing a woman’s right to obtain an abortion under the U.S. Constitution. Three Republican appointees – Justices Sandra Day O’Connor, Anthony Kennedy and David Souter – worked behind the scenes on a compromise that carried the day.

It was later revealed that Kennedy initially had supported overturning Roe but changed his mind. Trump appointed Kavanaugh to replace Kennedy, who retired in 2018.

Trump and McConnell – who have an icy relationship – were critical in engineering the demise of Roe. McConnell, as Senate majority leader, in 2016 blocked Democratic President Barack Obama from appointing a justice to the court in the last year of his term after conservative Justice Antonin Scalia died. Obama’s nominee would have given the court a 5-4 liberal majority.

Leo helped compile a list of potential Supreme Court nominees that Trump touted as a candidate before the 2016 election in a bid to attract conservative voters. Leo did not respond to messages seeking comment for this story.

“This victory represents proof of concept for the pro-life movement’s involvement in campaigns and elections and will spur more pro-life political activism in the years ahead,” said Mallory Carroll, a spokeswoman for one of those groups, Susan B. Anthony Pro-Life America. 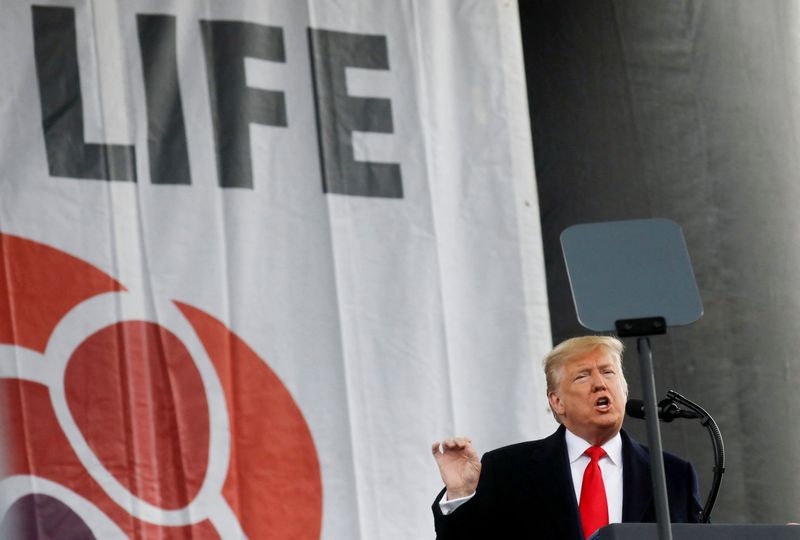 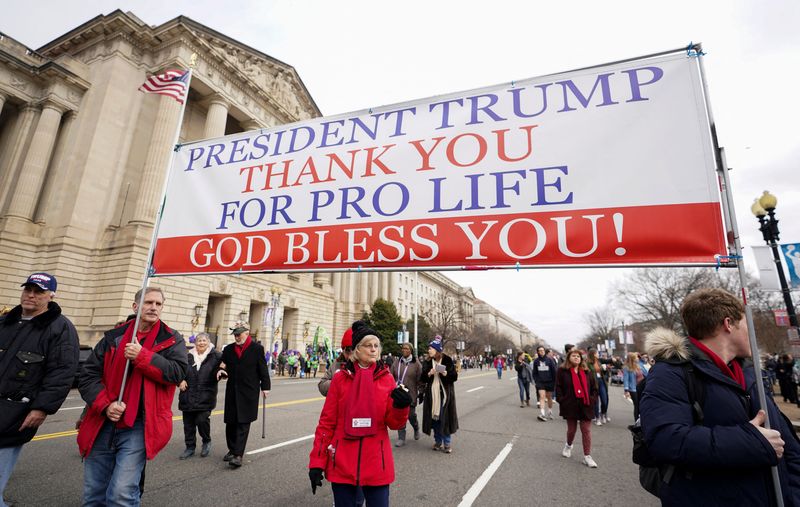