(Reuters) -Carnival Corp on Friday forecast a core profit for the current quarter, as the cruise operator returns to full operations even as decades-high inflation and surging fuel costs continue to bite.

Shares of the company, which have fallen 52% this year, were up about 10% as Carnival also said it expects bookings for the whole of 2023 to be at the top end of their historical range and to benefit from higher prices.

“Concerning the threat of global recession, while not recession-proof, our business has proven to be recession-resilient time and again,” Chief Executive Officer Arnold Donald said on a post-earnings call.

The U.S. Centers for Disease Control and Prevention (CDC) removed its COVID-19 notice against cruise travel in March, almost two years after introducing a warning scale.

The CDC’s move has been encouraging more people to travel on cruises, boosting bookings for companies like Carnival that now has a majority of its fleet back on water.

As of Friday, 91% of the company’s capacity is in guest cruise operation as part of its ongoing return to service.

Carnival expects positive adjusted earnings before interest, taxes, depreciation, and amortization (EBITDA) in the third quarter, compared with the negative $900 million it recorded in the second quarter. The company’s EBITDA has been negative since the start of the pandemic.

However, it still expects a loss for the year as it faces a setback from inflation and surging fuel prices that has been aggravated due to Moscow’s invasion of Ukraine.

The company’s revenue soared to $2.40 billion in the second quarter from $50 million a year earlier, but below analysts’ average estimate of $2.77 billion, according to IBES data from Refinitiv.

Excluding items, the company reported a loss of $1.64 per share, bigger than estimates of $1.17. 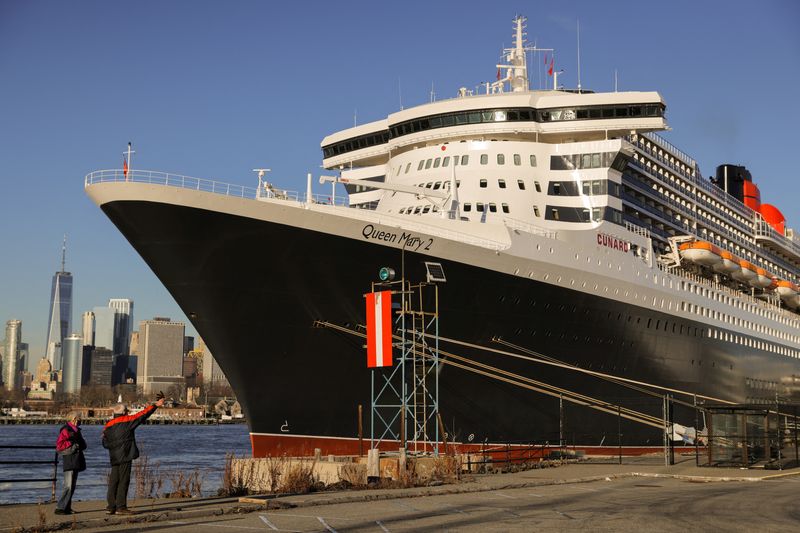