In an annual assessment of U.S. economic policies, the IMF said it now expects U.S. Gross Domestic Product to grow 2.9% in 2022, less than its most recent forecast of 3.7% in April.

Last October, the IMF predicted 5.2% U.S. growth this year, but since then, new COVID-19 variants and stubborn supply chain disruptions have slowed recovery, while a sharp spike in fuel and food prices prompted by Russia’s war in Ukraine further stoked inflation to 40-year highs.

“We are conscious that there is a narrowing path to avoiding a recession in the U.S.,” IMF Managing Director Kristalina Georgieva told a news conference, noting that the outlook had a high degree of uncertainty.

“The economy continues to recover from the pandemic and important shocks are buffeting the economy from the Russian invasion of Ukraine and from lockdowns in China,” she said. “Further negative shocks would inevitably make the situation more difficult.”

If large enough, a shock could push the United States into a recession, but it would likely be short and shallow with a modest rise in unemployment, akin to the U.S. recession in 2001, said IMF Deputy Western Hemisphere Director Nigel Chalk. Strong U.S. savings would help support demand, he added.

Georgieva said price stability was important to protect U.S. incomes and sustain growth, but there may be “some pain” for consumers in achieving it.

She said her discussions with U.S. Treasury Secretary Janet Yellen and Fed Chair Jerome Powell “left no doubt as to their commitment to bring inflation back down.”

U.S. inflation by the Fed’s preferred measure is running at more than three times the U.S. central bank’s 2% target.

Georgieva said the responsibility to restore low and stable inflation rests with the Fed, and that the fund views the U.S. central bank’s desire to quickly bring its benchmark overnight interest rate up to the 3.5%-4% level as “the correct policy to bring down inflation.” The Fed’s current policy rate ranges from 1.50% to 1.75%.

“We believe this policy path should create an upfront tightening of financial conditions which will quickly bring inflation back to target. We also support the Fed’s decision to reduce its balance sheet,” she said.

While Congress’ failure to pass Biden’s climate and spending proposals was a “missed opportunity,” Georgieva signaled that the IMF would support a scaled down version.

“We think the administration should continue making the case for changes to tax, spending, and immigration policy that would help create jobs, increase supply and support the poor,” she said.

Georgieva also said the IMF sees clear benefits to rolling back the U.S. import tariffs imposed over the last five years, which include punitive duties on Chinese imports and global tariffs on steel, aluminum, washing machines and solar panels.

U.S. Treasury spokesperson Michael Kikukawa said the IMF statement shows the U.S. economy was confronting global challenges “from a position of strength” due to the Biden administration’s economic policies.

The Treasury also said Yellen, in her meeting with Georgieva, reiterated the importance of the IMF conducting “frank and thorough assessments” of IMF member economies. 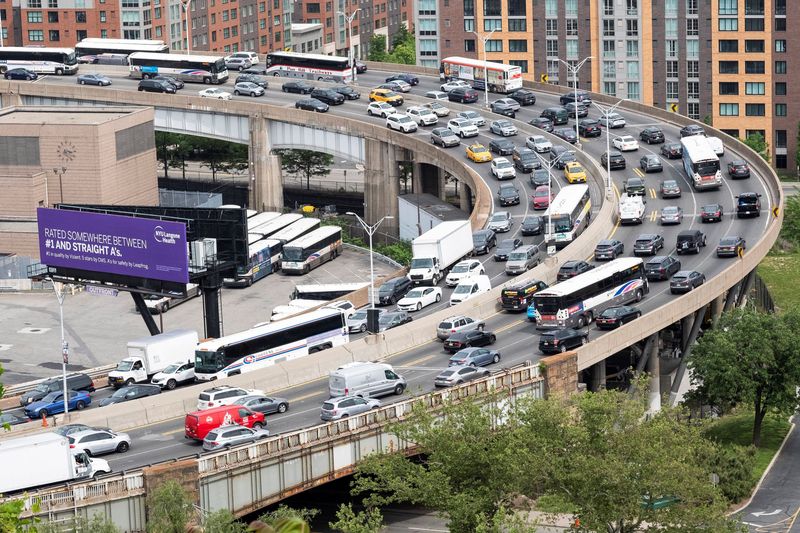 Inflation steers budget shoppers away from Walmart. Bringing them back may not be easy