According to the lawsuit https://tmsnrt.rs/3I20QHn, New York-based JetBlue sells an artichoke snack that it says is certified by Kof-K Kosher Supervision without the group’s consent.

Kof-K has never certified any of JetBlue’s products as kosher or given the airline permission to use its trademarks, according to the lawsuit.

A JetBlue spokeperson said Friday that the airline was investigating the claims. An attorney for Kof-K declined to comment.

A JetBlue menu https://www.jetblue.com/flying-with-us/inflight-experience/snacks-drinks lists artichoke snacks in its “Mediterranean-inspired snackbox” as being “Kosher certified by KOF-K Kosher Supervision.” The menu also offers several other snacks it says were kosher-certified by other groups.

The company that makes the artichoke snacks, Elma Farms, was not named in the lawsuit.

Kof-K accused JetBlue of infringing and diluting trademarks in its name and the logo it uses to mark when a product has been certified (the logo does not appear on a document submitted as an exhibit). It also said JetBlue engaged in consumer fraud under New Jersey law.

Kof-K requested an unspecified amount of money damages and asked the court to force the airline to pull the snacks and stop using its trademarks.

For Kof-K: Richard Elem of the Law Offices of Jan Meyer & Associates

For JetBlue: not available

(NOTE: This story has been updated to clarify Kof-K’s claims and add a comment from JetBlue.) 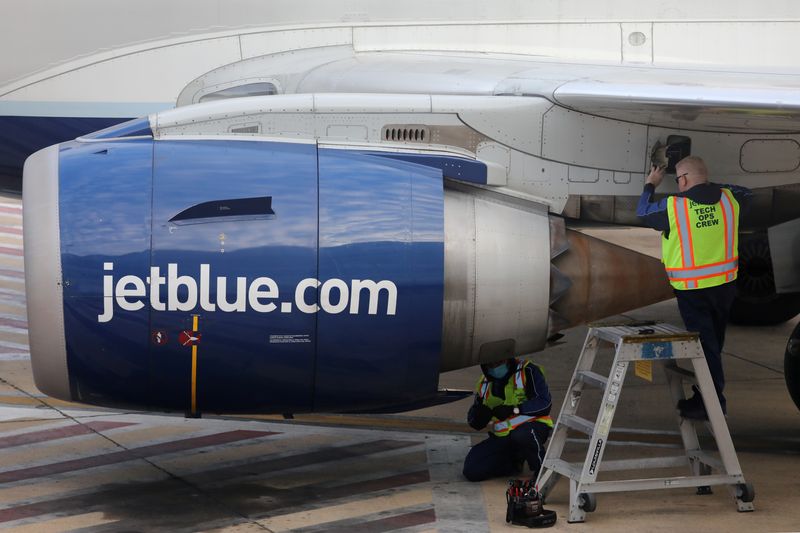