OSLO -Terrified revellers at a gay bar in Oslo hid in a basement and desperately called loved ones as a gunman went on the rampage, killing two people and injuring 21 on the day the city was due to celebrate its annual Pride parade.

Authorities said the suspect, a 42-year-old Norwegian citizen of Iranian origin, was believed to be a radicalised Islamist with a history of mental illness who had been known to intelligence services since 2015.

The suspect will be subjected to a psychiatric evaluation in the coming days as part of the investigation, police said.

The attack took place in the early hours of Saturday, with victims shot inside and outside the London Pub, a longstanding hub of Oslo’s LGBTQ scene, as well as in the surrounding streets and at one other bar in the centre of the Norwegian capital.

The deceased were two men in their 50s and 60s, police said.

“Everything indicates that this has been an attack by an Islamist extremist,” Prime Minister Jonas Gahr Stoere told a news conference.

“We don’t (yet) know if the queer community was the intended target, but we know it is a victim.”

Bili Blum-Jansen, who was in the London Pub, said he fled to the basement to escape the hail of bullets and hid there along with 80 to 100 other people.

“Many called their partners and family, it felt almost as if they were saying goodbye. Others helped calm down those who were extremely terrified,” he told TV2.

“I had a bit of panic and thought that if the shooter or shooters were to arrive, we’d all be dead. There was no way out.”

Rainbow flags symbolising the Pride community were on prominent display across Oslo this week, but Saturday’s planned parade was cancelled at the advice of police.

“Last night the rainbow was coloured black,” said Anette Trettebergstuen, Norway’s minister of culture and equality and herself a prominent campaigner for LGBTQ rights.

“We must protect the right in Norway to love whomever we want,” Haakon told reporters.

The suspect was detained minutes after embarking on the shooting spree, according to police, who said they believed he acted alone. Two weapons, including a fully automatic gun, were retrieved from the crime scene, they added.

The man has declined to be interrogated by police, his lawyer John Christian Elden told public broadcaster NRK.

Witnesses described the chaos that erupted inside and outside the London Pub, which has been open since 1979.

“Many people were crying and screaming, the injured were screaming, people were distressed and scared – very, very scared,” said Marcus Nybakken, 46, who had left the bar shortly before the shooting and returned later to help.

“My first thought was that Pride was the target, so that’s frightening.”

Journalist Olav Roenneberg of broadcaster NRK said he was in the area at the time and saw a man arrive with a bag, take out a gun and start to shoot: “Then I saw windows breaking and understood that I had to take cover.”

European leaders condemned the shooting, as did the White House.

“I am shocked by the heinous attack on innocent people in Oslo,” EU Commission President Ursula von der Leyen tweeted.

“No-one should have to fear for their life or well-being simply for who they are.”

French President Emmanuel Macron, writing in both French and Norwegian on his official Twitter account, expressed his sympathies. “We stand stronger against hate if we stand together,” he said.

John Kirby, a spokesperson for the White House’s National Security Council, told reporters on board Air Force One the Biden administration had been in touch with Norway to offer condolences and support.

Norwegian security authorities raised the country’s terrorism threat assessment to its highest level following the attack, in which 21 people were also wounded, 10 of them severely.

The police, who are not normally armed, will carry guns until further notice, it said.

Other major events in the capital went ahead as planned on Saturday, police and organisers said, including a large outdoor music festival and a soccer match between the women’s teams of Norway and New Zealand.

The shooting took place just months after Norway marked 50 years since the abolition of a law that criminalised gay sex.

The Nordic nation of 5.4 million has lower crime rates than many Western countries, though it has experienced hate-motivated shootings, including when far-right extremist Anders Behring Breivik killed 77 people in 2011. 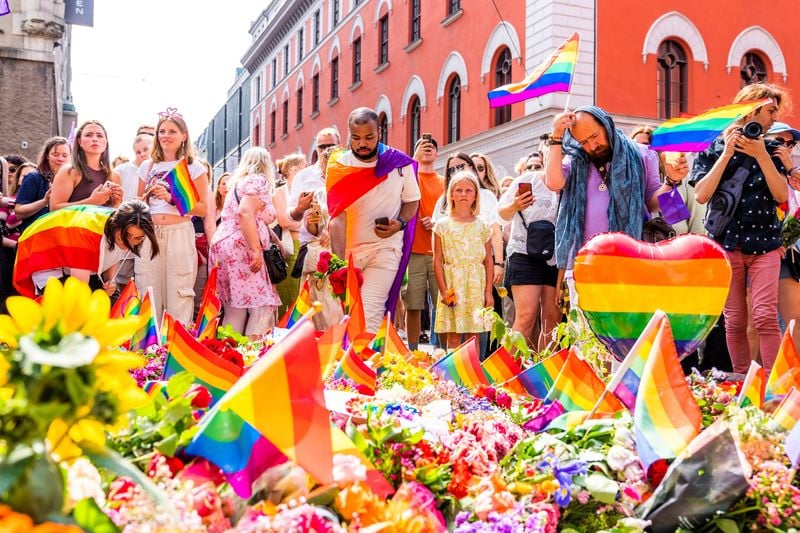 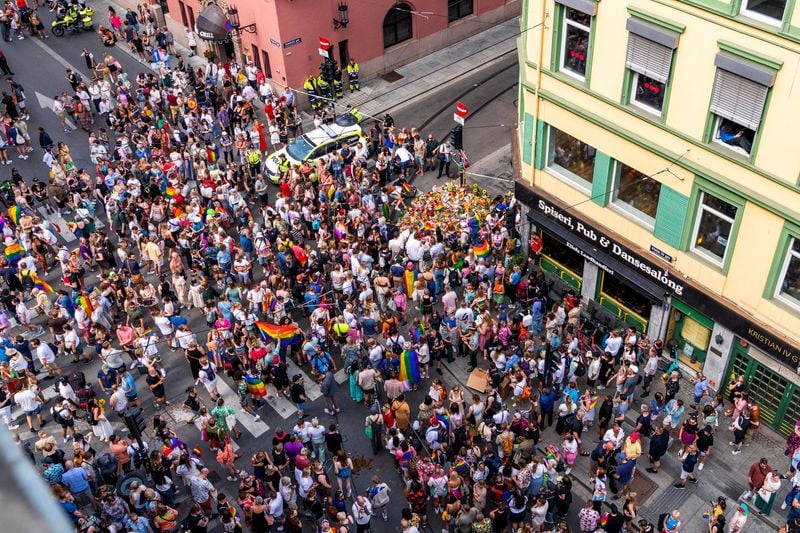 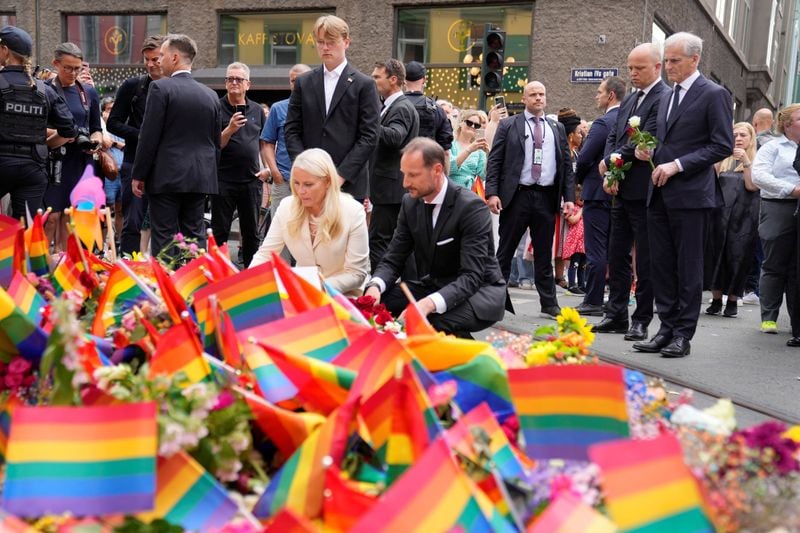 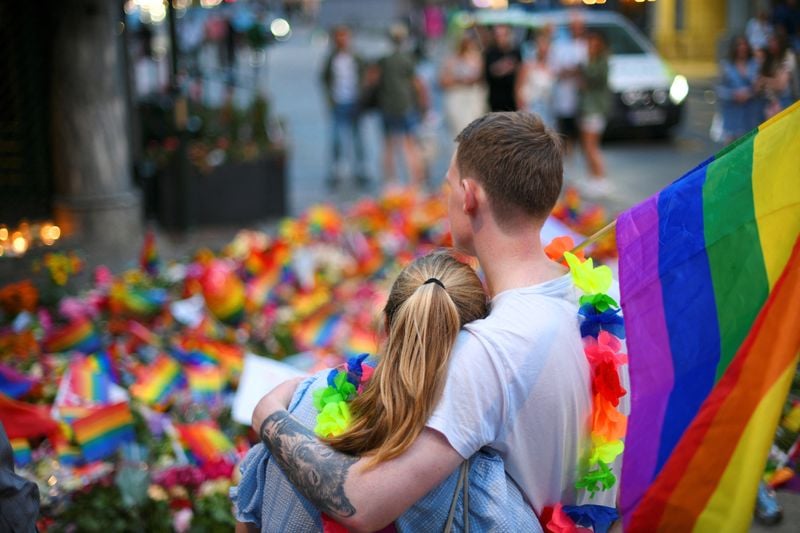 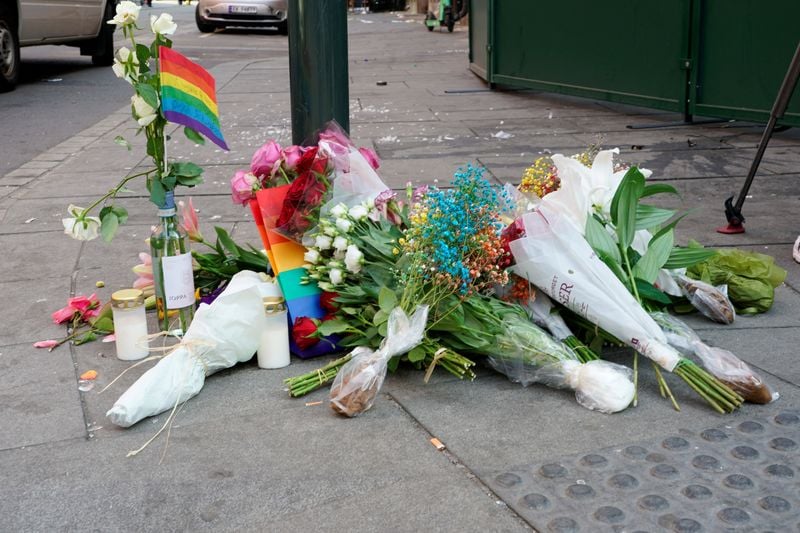