WASHINGTON/JACKSON, Miss. -Hundreds of protesters descended on the U.S. Supreme Court on Saturday to denounce the justices’ decision to overturn the half-century-old Roe v. Wade precedent that recognized women’s constitutional right to abortion.

The sweeping ruling by the court, with a 6-3 conservative majority, was set to alter American life, with nearly half the states considered certain or likely to ban abortion.

As the day progressed, the number of demonstrators outside the Supreme Court increased substantially. The fenced-off area in front of the high court was filled largely with those demanding abortion rights.

Crowds carried posters with slogans such as “Abort SCOTUS.” One protester carried a placard that said “limit guns, not women” in reference to another Supreme Court decision this week expanding gun rights.

Earlier in the afternoon, a supporter of Friday’s ruling said: “The thing that ‘my body, my choice’ advocates don’t get is that the aborted baby never had a choice.”

The man, who identified himself as Adam John, added, “The life in the womb matters, doesn’t it.”

President Joe Biden, who on Friday expressed his deep disappointment with the court ruling, said on Saturday that the White House will monitor how states enforce bans, with administration officials having already signaled they plan to fight attempts to prohibit a pill used for medication abortion.

“The decision is implemented by states,” Biden said. “My administration is going to focus on how they administer and whether or not they violate other laws.”

The White House said it also would challenge any efforts by states to restrict women’s ability to travel out of their home state to seek an abortion.

Meanwhile, a Vatican official, Andrea Tornielli, wrote in an editorial that anti-abortion activists should be concerned with other threats to life too, such as easy access to guns, poverty and rising maternity mortality rates.

For Christian conservatives who had long fought to overturn Roe, Friday’s ruling was a cherished win and in part the result of a long campaign for installing anti-abortion justices to the top court. The ruling had the support of all three justices appointed by Trump.

It is at odds with broad public opinion. A Reuters/Ipsos poll last month found that about 71% of Americans – including majorities of Democrats and Republicans – said decisions about terminating a pregnancy should be left to a woman and her doctor, rather than regulated by the government. A majority, however, support some limits.

The ruling will likely loom large in the Nov. 8 midterm elections, when Biden’s Democrats could lose their narrow majorities in Congress. Some party leaders hope the decision will win over suburban swing voters, though some activists were disheartened over suffering such a defeat while their party held total power in Washington.

“They can ask for votes for more power but don’t they already have the Congress and the White House?” said Patricia Smith, a 24-year-old abortion rights supporter who went to the Supreme Court to protest. “They have not been able to pass much in terms of legislation despite the power, so what is the point?”

Democrats’ majority in the Senate is so narrow that they have a difficult time overcoming opposition from Republicans who erect procedural barriers to bills.

The abortion decision came one day after the court issued another landmark ruling finding that Americans have a constitutional right to carry a concealed gun for protection — leading them to invalidate a New York state law setting strict limits on concealed carry permits.

The two rulings showed an aggressively conservative court ready to remake American life at a time when Congress is often deadlocked and struggles to pass major policy changes.

During a call with journalists on Saturday, a group of Democratic state attorneys general said they would not use their offices to enforce abortion bans.

“We are not going to use the resources of the Wisconsin Department of Justice to investigate or prosecute anybody for alleged violations of the 19th century abortion ban,” said Josh Kaul, that state’s attorney general.

TEARS, ANGER AT THE ‘PINK HOUSE’

The case that led to Friday’s decision revolved around a Mississippi law banning most abortions after 15 weeks of pregnancy, before the fetus is viable outside the womb. The Jackson Women’s Health Organization, nicknamed the “Pink House” because of its bubble gum-colored paint, was named in the case.

The clinic was operating on Saturday morning, with escorts showing up to the state’s sole abortion clinic around 5 a.m. to prepare for the arrival of patients.

Anti-abortion protesters erected ladders to peer over the property’s fence and large posters with messages including “abortion is murder.”

Coleman Boyd, 50, a longtime protester outside the clinic, incorrectly told women waiting for appointments that they were violating the law. In truth, Mississippi’s law will not close the clinic for another nine days. 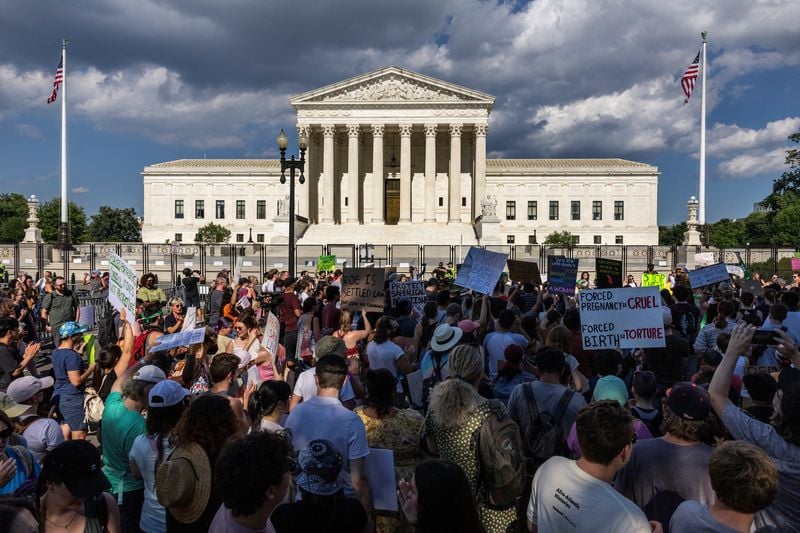 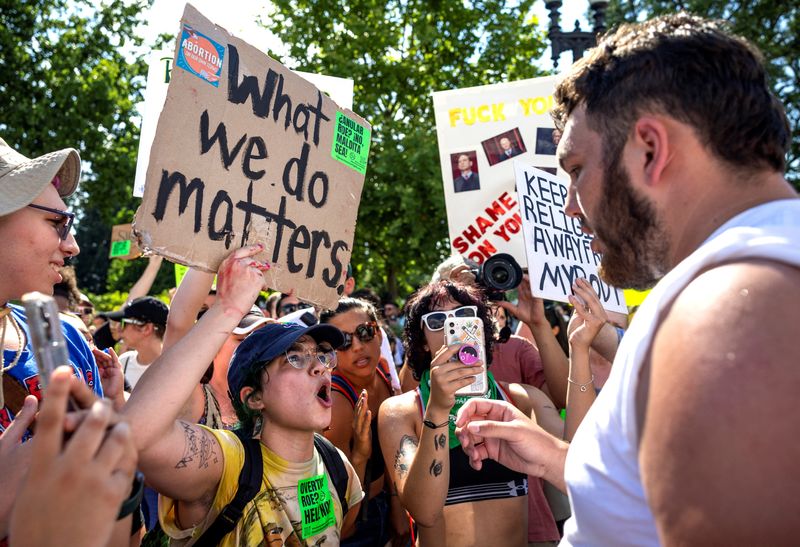 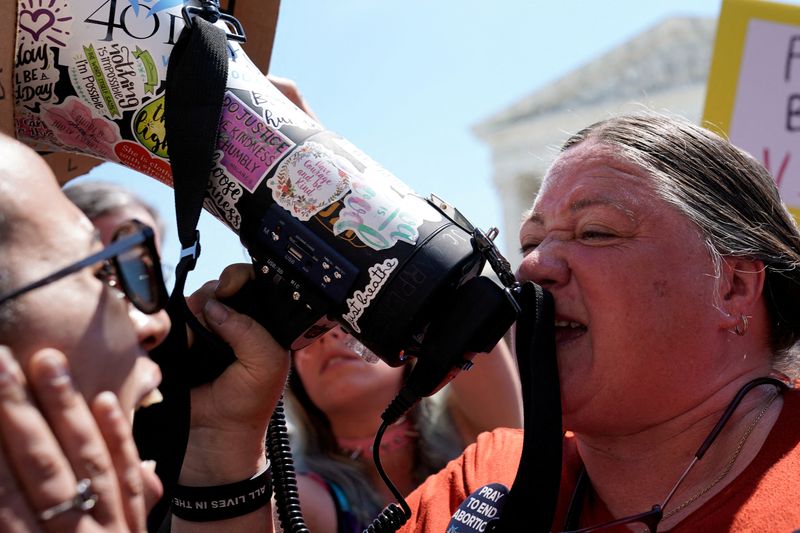 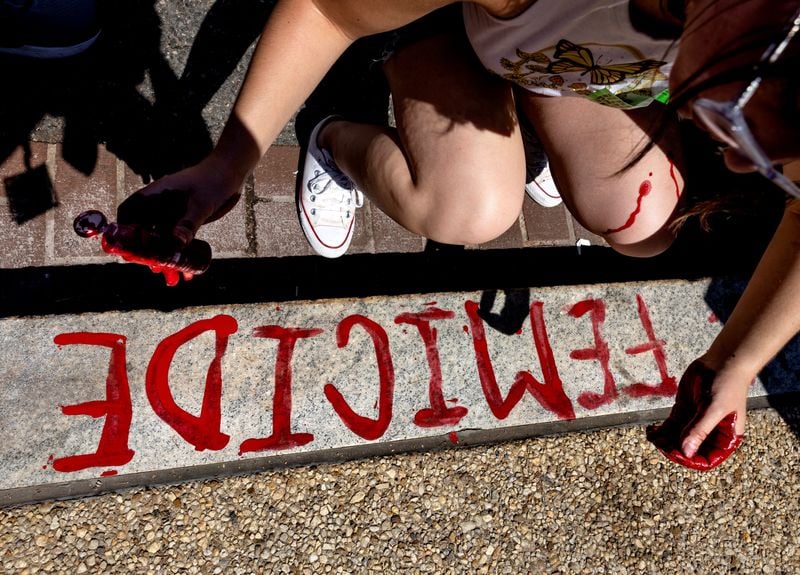 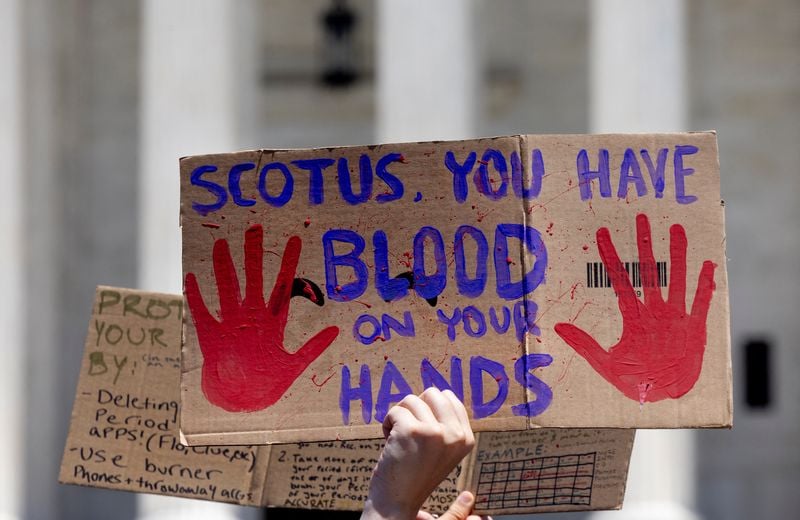 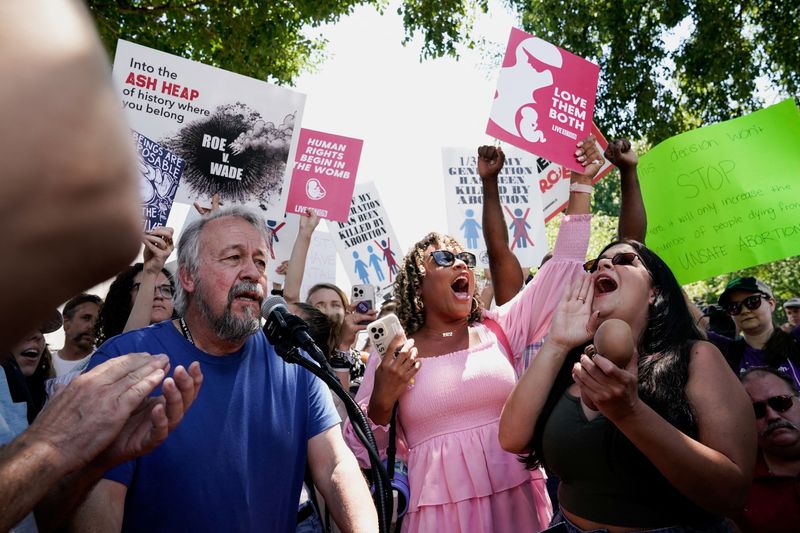 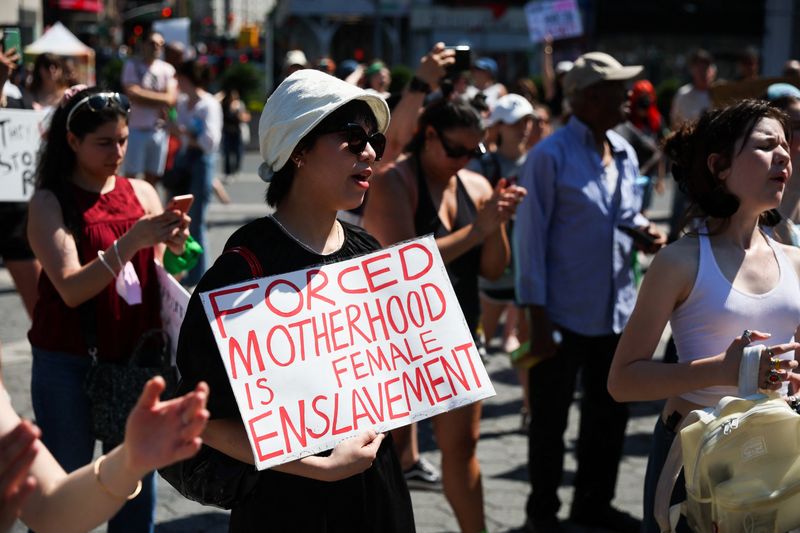 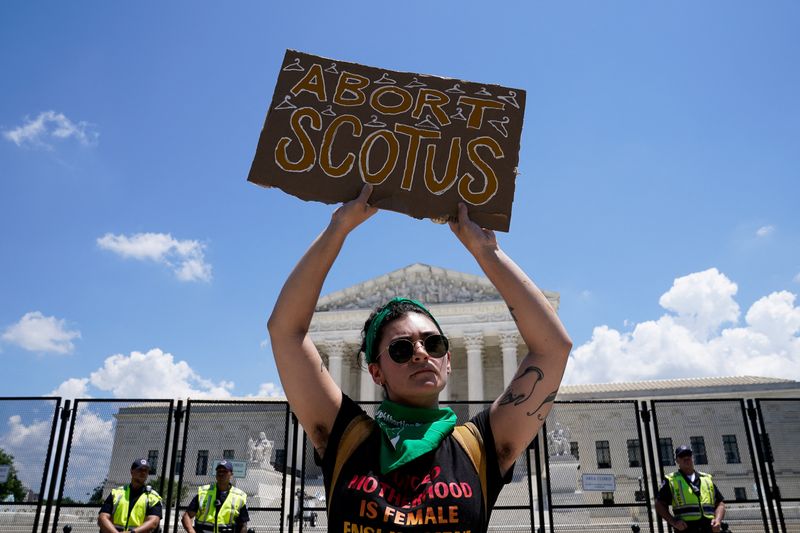 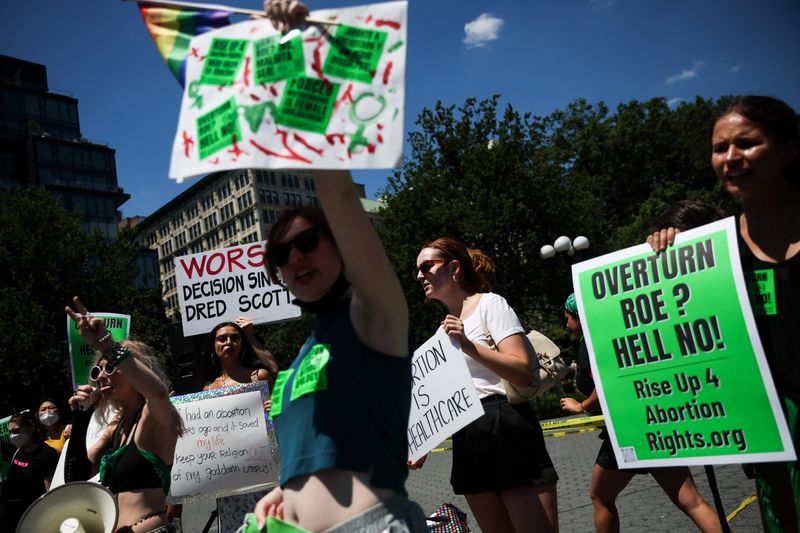