Singh, who played a crucial role at the White House in coordinating Western sanctions against Russia over its invasion of Ukraine in February, this week took a job as chief global economist and head of macroeconomic research at PGIM Fixed Income, a Wall Street asset manager with $890 billion in assets.

Singh, who was the deputy national security adviser, left the White House in April to “deal with a family issue,” a source said at the time, and was said to be only away for a temporary leave of absence.

His role stood between economic policy and national security, steering the work of multiple federal agencies that crafted the most intensive set of sanctions in history directed at Russia as well as helping to coordinate the president’s participation in international conferences.

He was spooked by an incident at his Washington home shortly after the initial round of sanctions was announced, when someone entered the front yard of his house before fleeing, according to a person familiar with the matter. No connection was ever established between the incident and Singh’s work on sanctions.

The departure comes at a key moment for those sanctions as officials fear that efforts to cut off Russia oil and gas from international markets threatens to backfire, pushing Western economies into recession.

Pyle, who joined the Biden administration as Vice President Kamala Harris’ chief economic adviser, took the job on an acting basis and will play the crucial coordinating “sherpa” role in Singh’s absence when Biden joins the Group of Seven rich nations summit in Germany.

He is one of three top administration officials who previously worked at the investment giant BlackRock, along with Deputy Treasury Secretary Wally Adeyemo and National Economic Council director Brian Deese.

The White House declined to comment on whether Pyle’s assignment would be made permanent.

Pyle, who began his career as a law clerk for Merrick Garland, when the current attorney general was a federal appeals court judge, is no stranger to global economic issues.

He worked as a special assistant to former President Barack Obama for economic policy and held key roles at the Treasury Department and Office of Management and Budget. 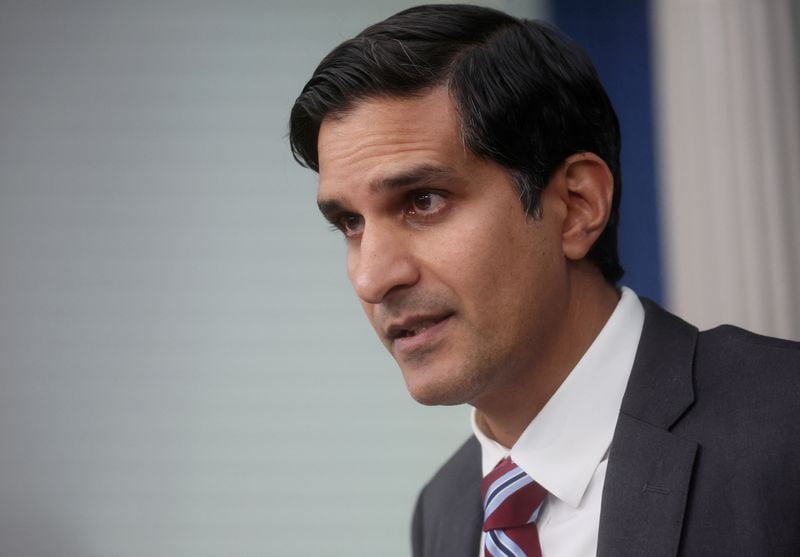